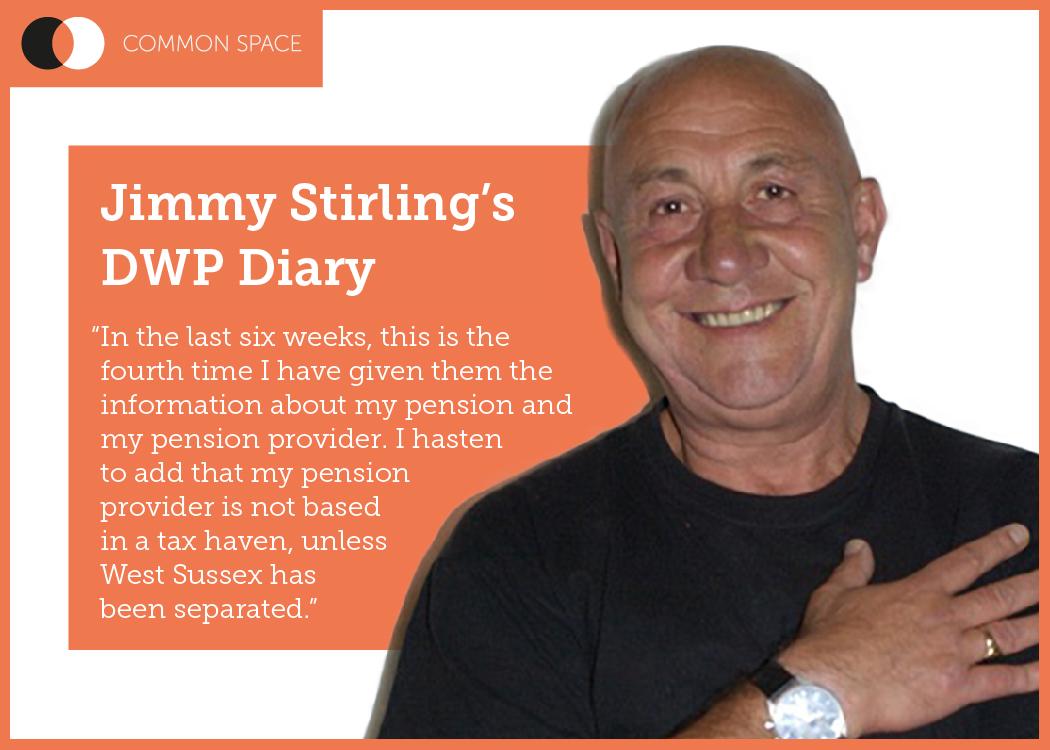 I took my walk down to the jobcentre to do my half hour job search. I was informed that my times for this would be changed because the jobcentre was closing the computers down for an hour between 10am and 11am on Wednesdays. The lady said that she didn’t know why.

Then, a nice manila envelope dropped through the door informing me that I had not filled out a form looking for information about my pension income. The original letter was sent back to them last month along with my voluntary work information. So, it appears it had got lost in their system.

I filled out the form with the details and sent it back to them today. In the last six weeks, this is the fourth time I have given them the information about my pension and my pension provider.

I hasten to add that my pension provider is not based in a tax haven, unless West Sussex has been separated.

I thank Lloyd Jones for his invitation to log into and chat on the Remploy website after he left a comment on my last diary update . On this occasion, I regret to inform him that his invitation was unsuccessful: as I do not have a disability, I saw no point.

However, it was nice of him to sign up to CommonSpace to make his comment and do a little PR job for Remploy and Maximus.

My next signing on is on Wednesday, where I hope I will be able to talk to my regular job coach and ask why I was being considered for another ‘on loan’ transfer to Remploy.