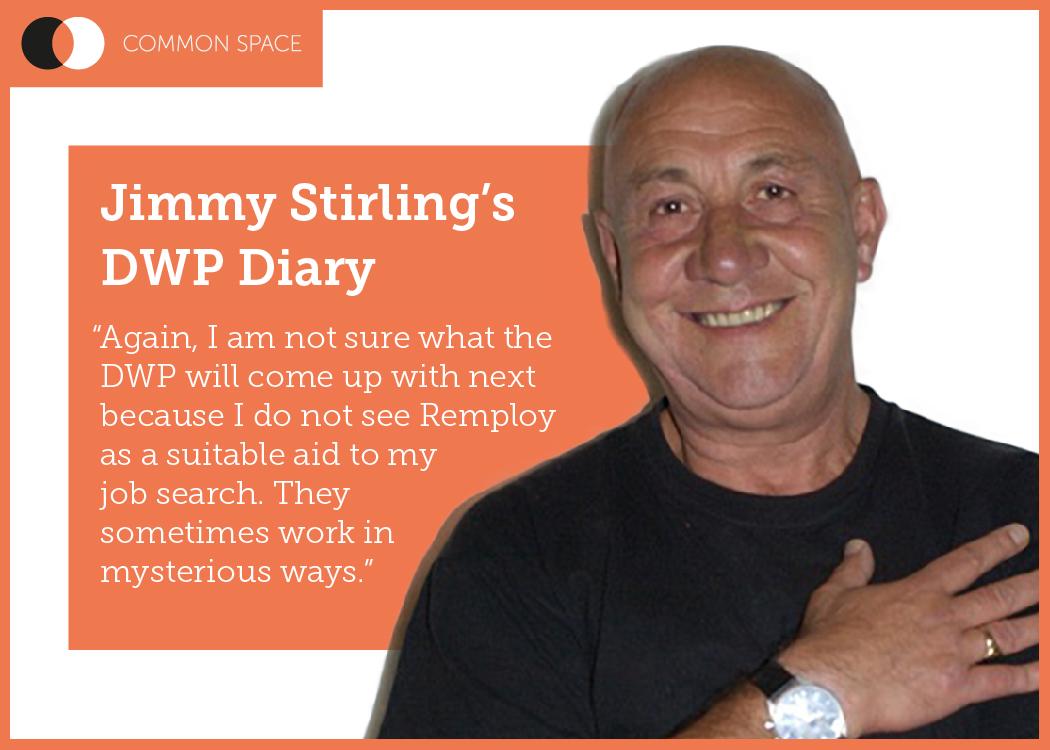 I attended the jobcentre for my regular signing on, although I was a bit late as I had a senior moment and could not find my house keys before I left.

I called the jobcentre to let them know that I would be late and then remembered where my keys were. So about 15 minutes later than normal, I reached the jobcentre. All was well because I had called them in advance.

I signed on and my work coach mentioned Remploy. I said that I don’t have a disability and couldn’t see what benefit I would get in visiting Remploy . I don’t get a disability payment, so I can’t be classed as having a disability.

He went to book my date and time for the half hour computer session. I had to inform him that the usual time of 10.15am was cancelled as I had been told that the computers would be closed down at that time. Unfortunately, he knew nothing about it.

The lady who deals with the computer sessions just happened to pass by the desk and he asked her if this was the case. Apparently, it had not shown up on the system. I could see the embarrassment in his face, poor lad.

After a bit of system searching, my new time was given to me as 4pm, every second Wednesday – not the most ideal time of day, but there is nothing I can do about it.

Again, I am not sure what the DWP will come up with next because I do not see Remploy as a suitable aid to my job search. They sometimes work in mysterious ways.

I took my half hour job search online at the jobcentre. The main benefit was a stroll in the sunshine.