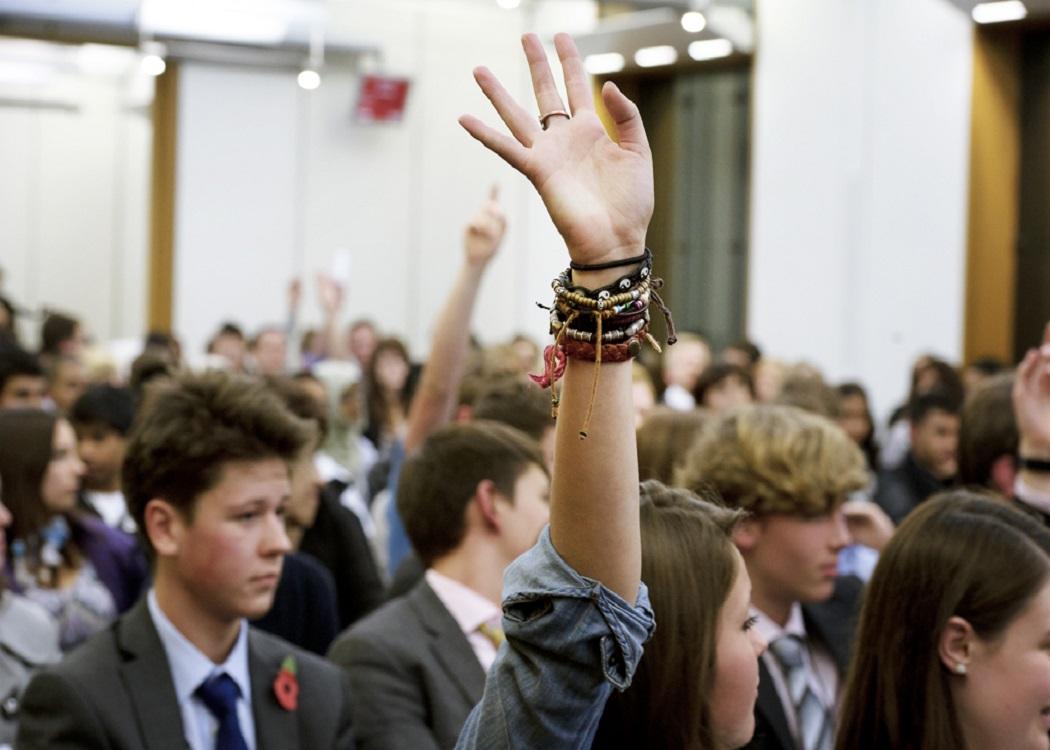 17-year-old Joanne Ferguson, a Scottish Liberal Democrat Youth campaigner, sets out the case for votes for 16 and 17 year olds at the upcoming referendum on EU membership

THE reason I hear cited most often for why 16 and 17 year olds shouldn’t have the vote is because we don’t have enough interest, knowledge, or experience.

In 2014 I was given the right to vote on a matter that would have an enormous impact on my country. The government was trusting me with this responsibility and they were valuing my opinion.

I would never have joined the Liberal Democrats if the voting age hadn’t been lowered for the Scottish independence referendum. My interest in politics was ignited and it snowballed into me even staying up all night to watch the General Election coverage earlier this year. Admittedly not my best one to start on.

The government was trusting me with this responsibility and they were valuing my opinion.

The feeling of being valued and trusted by my government gave me confidence in my opinion and made me feel like it was my duty to take notice of the world around me. Some people say that 16 year olds shouldn’t vote because they have no interest. That value and that trust is what engages them.

I voted No in the referendum. I voted to stay in the UK. Then, when it got to the General Election, I was 17. I couldn’t vote for the government of a country I voted to stay part of.

Since I joined the Lib Dems in May, I’ve attended three conferences, two hustings, met Tim Farron five times, been out canvassing in the Glasgow region four times and Hamilton once, and been elected onto the Liberal Youth campaigns committee.

Okay, I’m more involved than the vast majority of teenagers, but I have done all this in six months. The idea that adults have more experience purely because of maths is based on the assumption of a uniform level of political engagement.

Intense political engagement ramps up your experience and you surpass a lot of the public very quickly, due to very low levels of knowledge and engagement in the public (which is not their fault. It’s our duty to engage them).

I voted No in the referendum. I voted to stay in the UK. Then, when it got to the General Election, I was 17. I couldn’t vote for the government of a country I voted to stay part of.

Therefore, although it is perfectly plausible for an unengaged teenager to have less experience than an adult, it is not guaranteed. Assumptions about experience cannot logically be made based on age.

On Wednesday, the House of Lords has the opportunity to help ensure that young people in Scotland who participated in Scotland’s referendum can have their say at the EU referendum too.

Amendments to the EU Referendum Bill are being debated that will ensure that age is no barrier to playing a full role in the democratic process again. If successful, 16 and 17 year olds will get the vote at the EU referendum when it comes.

The decision we took at the independence referendum affected the future of every single person in Scotland. But ultimately, it is young people like me who will feel the impact of that vote for longest. This is just as true for the EU referendum.

I believe strongly that Scotland and the UK’s future is at the heart of Europe. It is wrong for the Tory government to stop me from having my say. 16 and 17 year olds pay tax. We can join the army and get married. There are no good reasons why we should not be allowed to vote.

16 and 17 year olds pay tax. We can join the army and get married. There are no good reasons why we should not be allowed to vote.

Liberal Democrats and Labour peers are supporting moves to extend the franchise. I hope that Conservative peers will look at the referendum result and back these plans.

The referendum saw a massive increase in engagement in politics after years when the number of people paying attention at election time seemed to be in a downward spiral. We cannot walk away from the progress that we made last year.

For these reasons, I sincerely hope the Lords vote in favour of votes for 16 year olds in the EU referendum on Wednesday.