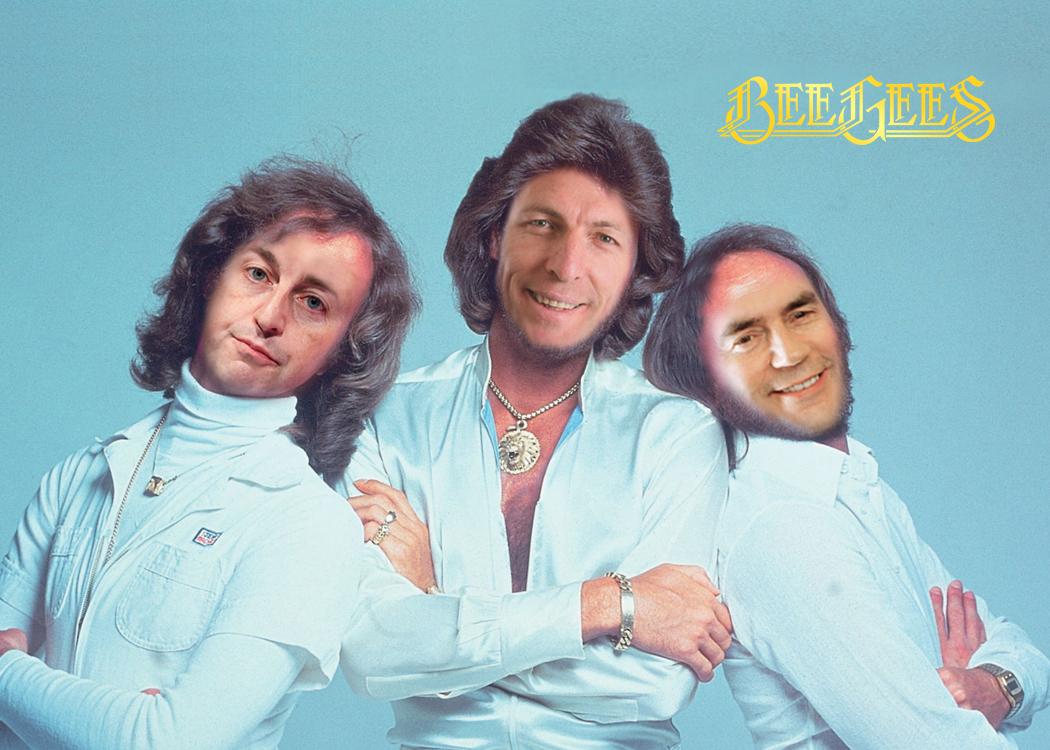 WHEN Jim Murphy took over Labour’s branch office in Scotland it was undoubtedly in a hole. So like a demented fracker, Jim jumped into that hole and started digging. Sideways. Jim always likes to go sideways. Especially in interviews. And, just like in his interviews, Jim filled that hole with hot air.

Then on Thursday night on BBC Question Time, Ed Miliband looked down into that hole, lit a stick of dynamite and chucked it in. So that was it. Bye bye, Jim, bye bye Scotland. We don’t want you.

If this was indeed the ‘family of nations’ spoken of during indyref, then Ed had just treated us like a brother. His brother.

Actually, Ed’s performance was like a scene from the film Blazing Saddles. Facing a hostile crowd, the sheriff panics, pulls his gun out, holds it to his own head and shouts: “Nobody move or the sheriff gets it.”

If this was indeed the ‘family of nations’ spoken of during indyref, then Ed had just treated us like a brother. His brother.

“Vote for me or I’ll blow my brains out,” cries Ed.

No one was buying it, though. Even with a gun held to his head most, folk realised Ed would probably miss. The man is so inept that if there was a viable alternative to the Conservatives down south then he would have no chance.

What a pity the SNP didn’t have the foresight to put up candidates in England or it could be looking at forming a government.

And what of the week leading up to Thursday’s declaration of UDI (Unbelievable Display of Ineptitude) by Ed? Well, we had Douglas Alexander saying voting SNP would be a ‘tragedy’ for Scotland. Well, the feeling IS gone, and they definitely CAN’T go on.

Jim Murphy immediately dropped the pensioner he was dancing with and joined up with Douglas and Gordon Brown to form a tribute band called the Buchanan St Steps. Personally, all three of them give me the heebie geebies with their jive talking.

Ed’s performance was like a scene from Blazing Saddles. Facing a hostile crowd, the sheriff panics, pulls his gun out, holds it to his own head and shouts: “Nobody move or the sheriff gets it.”

We had some political interviews on BBC Scotland. Stop laughing. We did. Kaye Adams’ interview with Nicola Sturgeon was a throwback to Stars In Their Eyes – “Hi Matthew, I’m Kaye from Falkirk and this morning I’m going to be… Jim Murphy.”

And just like her hero Murphy, she proceeded to talk over the FM’s every attempt to answer. In fairness to Kaye, though, her interview wasn’t totally biased. There was a fair degree of incompetence and arrogance in there, too.

And there was more. We had Jackie Bird doing ‘political interviews’. Please, stop laughing. We’re paying these people’s wages.

Jackie started with an easy target, David Coburn, and was outraged at the Ukip MEP running down Scotland. Didn’t he know that this was her and Eleanor Bradford’s mission? How dare he?

Jackie tried to look tough, intelligent, incisive. She failed every time. When you interview David Coburn and he comes out of it looking like the intellectual, there’s something seriously wrong.

Already there is talk of senior Labour members calling for Jim to stand down. That shouldn’t be too difficult for him as he never really stood up.

Even the staunchest of pro-Labour folk at BBC Scotland must have been aware of how poor a performance this was, because before you could say ‘presentational issue’ we had Evan Davis parachuted in to Glasgow to interview Nicola Sturgeon.

His best shot? “If England played Germany at soccer ball, who would you support, Nicola?” Really? We flew this guy up from London to spout this nonsense? No wonder the BBC is losing licence fee-payers almost as quickly as Labour is losing support.

It’s no surprise that the polls had Jim Murphy rattled. Every Labour seat in Scotland is in danger and Jim’s Scotland top is on a shoogly peg. What to do? He called in the big hitters. And, one by one, they hit him. Where it hurts. In the ego.

Already there is talk of senior Labour members calling for Jim to stand down. That shouldn’t be too difficult for him as he never really stood up. For anything. You see, Jim, that’s the problem.

You may think that talking over an interviewer and not saying anything of substance is a political skill, and it may well be when you are in government and bulldozing stuff through. But when you are trying to get elected and reclaim the credibility your party sold for 30 pieces of designer furniture on expenses, then you just annoy the hell out of people.

There was, however, one bit of news that cheered Jim up, albeit briefly. A poll carried out by BBC Scotland showed that 98 per cent of those interviewed intended to vote Labour next week.

When your former supporters are deserting you in droves, the last thing you want to do is remind them of the lost principles which are making them leave.

Sadly, though, for Jim, the poll was carried out in the BBC newsroom, and that kind of support is not so influential now that the peasants have the internet.

And what of Jim’s colleagues in the Tory Party? When I read on Twitter that Ruth Davidson had been pictured with a tank, my first thought was that it was nothing new. She had done that a few times during the referendum when she worked alongside Labour leaders. But apparently it wasn’t rhyming slang, it really was a tank.

We had a Conservative activist in the north-east tweeting that he would no longer be a blood donor and “the Nats can bleed to death”. So, now the Tories are not giving blood. Well, after years of not giving a shit I suppose it’s a natural progression.

And on Friday night, May Day of all days, we were told that Ed Miliband would address a meeting in Glasgow where he would invoke the memory of Keir Hardy. How misguided can the man be?

When your former supporters are deserting you in droves, the last thing you want to do is remind them of the lost principles which are making them leave.

But then again, perhaps Ed has no choice but to invoke the past, because up here, he has no future.