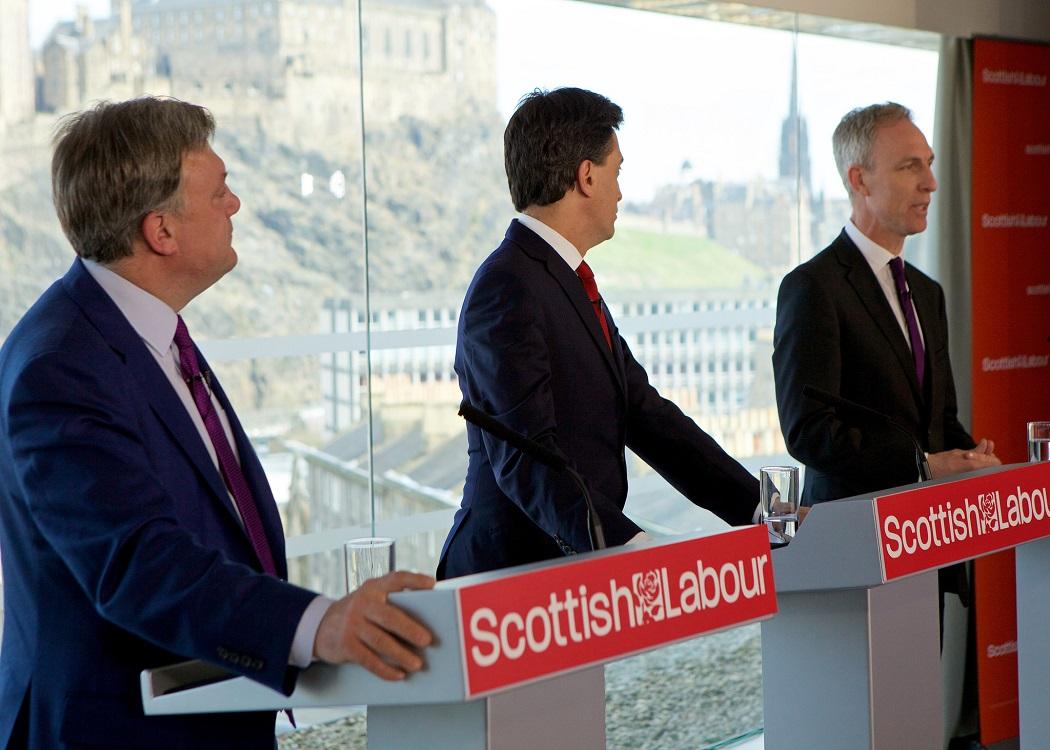 AND so it came to pass. Labour didn’t close down its Scottish branch office. Instead, it kept Ian Murray MP on as a caretaker while the branch manager locked himself in his office and refused to accept his P45.

Like the soldier who refused to accept defeat that Nick Clegg was so fond of comparing Scots to, Jim Murphy dug in.

He donned his tin hat, filled his canteen with Irn Bru and, armed only with a bunch of expenses forms and Ian Davidson’s bayonet clenched between his shoulder blades, he prepared to defend his emperor. Or as we know him, Jim Murphy.

The Scottish people had given Labour the clearest message possible. We don’t trust you. We don’t want you. Your tea’s oot.

We cannot really blame Murphy for being delusional, after all he has so many enablers in the press and TV. Baroness Williams mourned his defeat and called him “one of the finest men in politics” – proof beyond doubt that even a fine mind like Williams’ deteriorates by sitting on the drool-soaked benches of the House of Lords.

Andrew Marr spoke of what a good loser Murphy was. And at first I agreed. After all, everyone I know thought it was good that murphy lost. But no, as Marr continued it became clear that he was calling Murphy gracious and eloquent in defeat. What?

And that was when the penny dropped. Labour may have had the most damning of defeats in Scotland. The Scottish people had given it the clearest message possible. We don’t trust you. We don’t want you. Your tea’s oot.

But the media spin was going to continue. No matter how many people now had their eyes opened, the BBC was still going to tell us black was white. For a moment as I listened to these pundits, I replayed Murphy’s performance as leader in my mind.

Was I being biased? Was there something I misunderstood? Was it a case of Murphy suffering the non-acceptance of being a prophet in his own land? No, profligate by his own hand, more like. This was the signal that the mince would continue.

After 10 minutes of moaning, Murphy ended his defeat speech by quoting Heinrich Heine on the pointlessness of moaning. And neither he nor the commentators saw the irony. But then Labour in Scotland, and I include BBC Scotland in that group, has had a total irony bypass.

Labour’s single Scottish MP Ian Murray has vowed to uphold Scottish Labour’s traditional values by talking behind his own back and undermining himself.

She didn’t actually say castigated – after all, it was the Daily Record she was writing for – but that was what she meant. Irony again. It was the present Scottish Labour leadership which dismissed Labour’s history. And that is why Scotland dismissed them.

Labour’s Ian Davidson blamed Murphy for everything. And for once I nearly agreed with the awful man. But I was reminded of his two most famous quotes during the referendum regarding Nationalists.

“All that will be required is mopping up and bayonetting of the wounded,” he said. Well, certainly no need to bayonet the Scottish Labour party. It’s already dead. Killed from within by the astonishing arrogance of the likes of you, Murphy and Margaret Curran.

And his other utterance: “When we get our ‘No’ vote in we’ll rip that many powers back off them they’ll end up meeting above a pub for all they’ll have left to talk about” Well, Scottish Labour MPs certainly wont be having any meetings above a pub. Ian Murray surely can’t meet with himself?

To ask Jim Murphy to resign is unkind and unfair. Unkind and unfair to the Green Party, which could become the second-biggest party in Scotland if Murphy stays on as Labour Leader.

However, he has vowed to uphold Scottish Labour’s traditional values by talking behind his own back and undermining himself.

To ask Jim Murphy to resign is unkind and unfair. Unkind and unfair to the Green Party, which could become the second-biggest party in Scotland if Murphy stays on as Labour Leader.

The Holyrood elections are coming next year and if Murphy continues to alienate people from Labour in the way he did during the election, then there is a great chance that the Greens could be the main opposition to the SNP at Holyrood. Stick in there Jim. Your country needs you.

Commentators, obsessed still with the two-party system, continue to blame the SNP for David Cameron being in Number 10. When the arithmetical nonsense of that argument is put to them, their response is “ah, but the fear of an SNP-Labour pact frightened England into voting Tory”.

Nonsense again. But that won’t stop it being spouted over and over, especialy in the lead up to the Holyrood elections. The simple fact is that England did not trust Labour with the economy. Its shadow chancellor lost his seat, for goodness sake. How clear a message do you want?

My schadenfreude moment was in England when Esther McVey, the minister for employment, became unemployed.

Neither did voters see Miliband as prime minister, and if you ally that to the Lib Dem collapse and the transfer of their vote to the Tories you have the answer.

On a night when the people of Scotland celebrated victories as much for who they were voting out as they were voting in, for me one of the sweetest schadenfreude moments was in England when Esther McVey, the minister for employment, became unemployed.

A petulant loser, she described the campaign as “brutal”. No, Esther, “brutal” is a word that better describes your policy and attitude to thousands struggling to make ends meet. Good riddance.