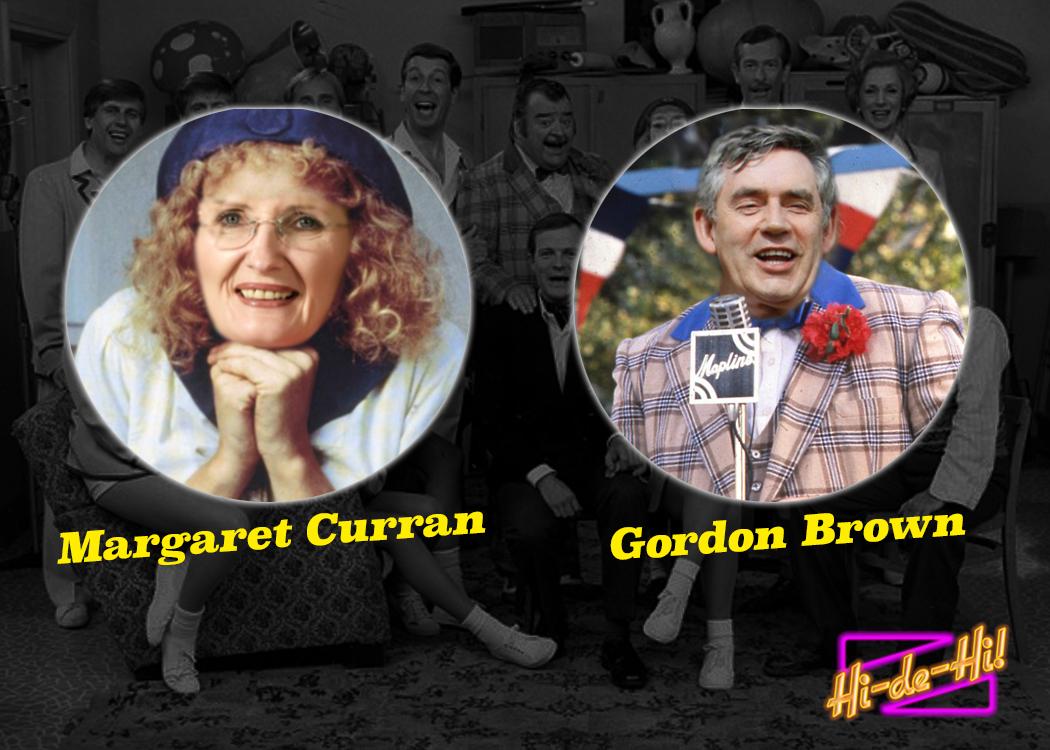 IT was a week that began as had the previous weeks. National newspapers, in full 50 Shades of Grey mode, trying to whip their readers into a frenzy of fear over the SNP – or as the party is known down south, Alex Salmond.

Some of the statements in the press and in blogs were borderline racist. In fact, if you remove the word ‘nationalists’ from after the word ‘Scottish’, the statements take on a sinister tone. Try it.

It was a week when an ancient Inca prophesy of doom was fulfilled. A few days after the solar eclipse, here were two Suns in the Sky (newsroom). A Scottish Sun that encouraged the SNP to fight ‘the Scots corner’ (apparently on reading this Jim Murphy immediately challenged a roundabout on the A1 to a square go. That’s Scotch corner, Jim) and an English Sun that warned of mayhem and misery.

It was a week when an ancient Inca prophesy of doom was fulfilled. A few days after the solar eclipse, here were two Suns in the Sky (newsroom).

By the end of the week, however, there was a distinct shift in tone. Like the clocks, though, I’m getting ahead of myself. More of this later.

Surely there must be a cat stuck up a tree somewhere? Couldn’t Eleanor Bradford find one person who was deprived of their human right to smoke in the operating theatre? Nope. They had to report a conference where the only slightly contentious issue was a decision not to criticise their fellow party members.

You wonder why they had to bother. After all, where would they get the time considering the material that Ian Davidson, Jim Murphy et al supply them with on a daily basis? Fortunately for the SNP, the motion from one delegate to “have the right to put the heid on Labour councillors and Celtic supporters” didn’t get past initial scrutiny.

Elsewhere in Glasgow, Labour rolled out its big gun. For some time now, Scottish Labour has been like that sitcom that has gone on too long and doesn’t realise it’s past its sell by date.

Like the besotted chambermaid Peggy, Margaret gazed adoringly as Gordon went through his stand up repertoire.

When Margaret Curran gushed over Gordon Brown coming in to support her flagging re-election campaign, I could not help but be reminded of the dire Hi De Hi. Like the besotted chambermaid Peggy, Margaret gazed adoringly as Gordon went through his stand up repertoire.

Sadly for them, the campers, or voters in this case, had heard it all before and had left in droves, leaving only Peggy’s fellow Redcoats to applaud feebly.

And then, parliament broke up. Sadly for us, not dissolved like the slug it is crawling on salt, but to return in May. And that signalled the start of the ‘campaign’.

For 40 days and 40 nights, prepared statements and evasive replies will rain down on us, till eventually on Saint Switherer’s Day the Sun anoints a new posh boy and MPs can get back to filling in their expenses forms and advising oil and medical supply companies.

And what of the big leaders debate and Nicola Sturgeon? Well, this is where we came in. Maybe, just maybe, if we can judge by social media, Ms Sturgeon managed to kill the monster that the English media have claimed the SNP is.

The London Press scored a spectacular own goal by having portrayed the SNP as Alex Salmond. A ‘one-man banned’, as they would wish. This meant that Nicola Sturgeon was able to come to that platform without having been demonised beforehand, (apart from the unfunny, and puerile ‘incest’ cartoon in The Guardian).

The London Press scored a spectacular own goal by having portrayed the SNP as Alex Salmond. A ‘one-man banned’, as they would wish.

She was, therefore, judged on what she said and not on what the Press told us to think of her. They’ll be kicking themselves – which will at least give those of us who live in Scotland some respite.

And the other outstanding thing to take from from the debate? Well, frankly I was appalled that Nigel Farage was given this platform by ITV to spout hatred and division. Where on earth did he get the time? I was under the impression that he worked full time on the BBC.

PS. Well, a few short hours after submitting this piece the smears did in fact begin. A right wing newspaper printed a story that was very quickly denied by Ms Sturgeon and the French embassy.

The initial denial didn’t prevent senior members of Scottish Labour jumping gleefully into the foray. It says much about their perception when they couldn’t see that they were actually jumping into a pile of poo – even when it was Telegraphed. (That’s enough now, I’m off on holiday – Ed).