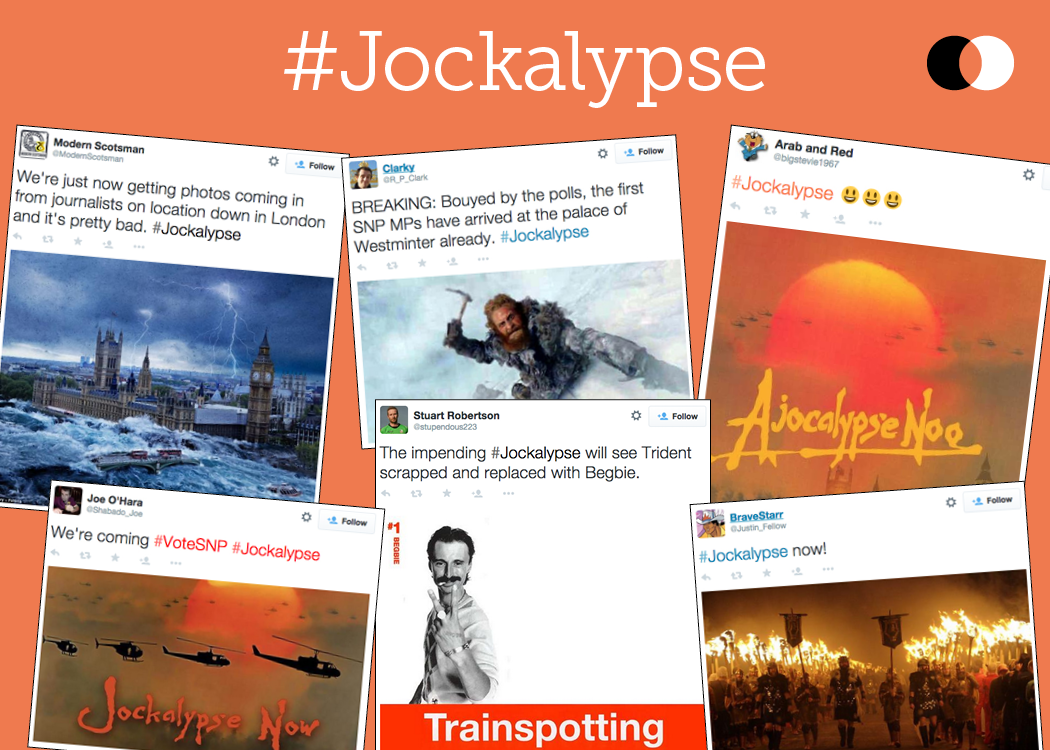 WE’VE had #notruledoutbytheSNP and #biggestcrisissincetheabdication, but perhaps the best of the General Election funnies has been the #joackalypse tag, a swipe at a comment made by London Mayor Boris Johnson.

With the renowned Scottish humour, the people of Scotland took it in their stride and had a laugh.

We’ve rounded up some of the best tweets.

One of the Queen’s two birthdays to be replaced with White Pudding Supper Appreciation Day. #Jockalypse

Referring to MPs as “the right honourable….” to be abandoned. Will now be known as “That bawbag…” #Jockalypse

Every time Sturgeon takes a selfie with another person she steals their soul. BE AFRAID. #Jockalypse

All sausages to become square #Jockalypse

All girls born after today must be named ‘Wee Nicola’ #Jockalypse

All car horns to play Scotland the Brave #Jockalypse

From Friday on, ‘fizzy pop’ is to be known as ‘ginger’. #Jockalypse

Big Ben will be re-programmed to play 500 Miles on the hour. #Jockalypse