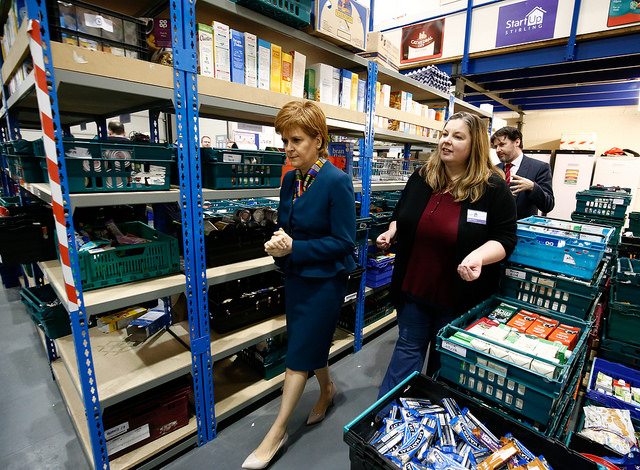 John Dickie, from the Child Poverty Action Group Scotland, and Peter Kelly, from the Poverty Alliance, explain why the child benefit top up can help tackle child poverty, and why it is advisable over means-tested approaches

BETWEEN now and 2022, Scotland will introduce a new income supplement for low income families; a welcome step that recognises the need to use the new social security powers that Scotland has to reduce poverty.

Why is this so needed? For many families, the cost of living is rising faster than their incomes, due to a combination of stagnating wages and the benefits freeze. One million people in Scotland continue to live in poverty, including one in four children. This simply cannot be right.

So the development of the new income supplement – as a means of loosening the grip of poverty – is vital. Deciding how it will be delivered is the next step, and there is a range of options open to the Scottish Government.

The Child Poverty Action Group in Scotland and the Poverty Alliance, along with Children in Scotland and a host of organisations from across civil society, have led the call to use new powers to tackle child poverty, campaigning specifically for a top-up of child benefit by £5 per week. The Give Me Five campaign believes there are powerful reasons for considering child benefit as a serious option or delivery of the new income supplement.

ANALYSIS: Have SNP and Labour switched sides in the universalism v means-testing debate?

We know parents can face barriers to accessing means-tested benefits, meaning that those who need the support most are too often unable to access it. Delivering the new income supplement through topping up child benefit – which is received by most families – would bypass these difficulties and ensure everyone who needs the additional support obtains it.

As well as being the simplest and most efficient way of boosting family incomes, it may also be the best option financially, as means-tested benefits tend to be significantly more expensive to administer.

Sanctions, benefits delays and administrative errors are becoming all too common features of means-tested benefits, negatively impacting on families’ incomes. Child benefit is not part of Universal Credit, nor is it affected by sanctions. It constitutes a stable and reliable source of income for families, which allows them to better plan and budget.

Given that most families receive it, topping up child benefit would help to keep children out of poverty and help all families cover the additional costs of having a child. 68 per cent of children living in poverty in Scotland are in households where at least one person is in work, demonstrating the importance of ensuring that, whatever form the new income supplement takes, it supports working households.

Topping up child benefit fits this requirement, supporting families in and out of work – creating no problems when parents take up work or increase their hours.

Can £5 a week make a real difference? We think so, and the parents we speak to think so too. It could cover, for example: seven breakfasts of cereal, milk, fruit juice and a banana, or taking part in a school trip or out of school activity each week, or, over two months, a good quality winter coat – all things which can have a critical impact on children’s life chances. Of course, a supplement of more than £5 would go even further in supporting families and reducing overall levels of poverty.

So the Scottish Government’s commitment to delivering a new income supplement is hugely welcome. It represents a maturation of our approach to tackling poverty in Scotland, and provides recognition that we have at our disposal the tools to free people from the grip of poverty.

In choosing how to deliver the new income supplement, ministers must now take account of the need for urgency – families are in no position to wait for this vital income boost – as well as the need to maximise uptake and support families in and out of work.

Only by doing so can they ensure that every child truly does have every chance.

Learn more about the 25 Calls Campaign, which lists topping up child benefit as one of 25 actions to improve things for children and young people in Scotland, at the Children in Scotland website.