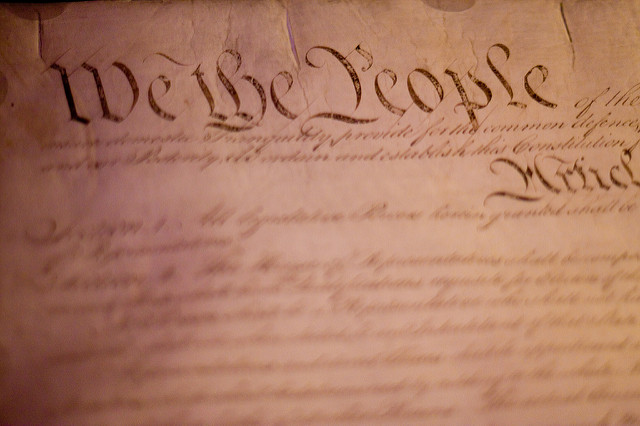 A new Common Weal paper by Dr Elliot Bulmer on the constitution of an independent Scotland has been published. John Drummond, founder and chair of the Constitutional Commission, argues that the paper is exactly what First Minister Nicola Sturgeon needs to get the independence debate away from tactics and back on to the principle of why we should have an independent country

THE shoemaker’s children are frequently the worst shod. It is extraordinary how often this old adage applies.

Here is a current example. The party in this country that advocates major constitutional change is mostly silent on the real fundamentals of this change.

In recent times, the Scottish Government has rightly expended energy on a vast range of social projects and commercial support, ranging from baby boxes to Chinese investment. And they claim there is much more they could achieve given the necessary additional powers.

Moreover, the SNP is well to the fore at Westminster and Holyrood in declaiming on the inadequacies of the UK constitution. These criticisms include the provisions for deciding on going to war and protection of human rights.

This is all very noble. But where is the same attention and investment to determine the foundations of the new state that the SNP wishes?

As Dr Elliot Bulmer’s paper points out, the SNP and the Scottish Government are strangely subdued here. This is not to say the party and its spokespeople do not respond to the clear defects of the present constitutional arrangements. They do, often on a daily basis.

READ MORE: Foundations for Freedom: A discussion paper on the process for establishing an independent Scotland’s Constitution

But it is an oddly reactive posture.

Where is the public debate on what a new Scottish state would stand for, and what it would not stand for?

What steps has the Scottish Government taken to examine the constitutional benefits and problems associated with the creation of a new state?

It is almost as if the main object of the SNP is treated as a peripheral concern.

As Elliot Bulmer points out, the First Minister stated she wished to move away from tactics, such as the timing of the next referendum, and back onto the high ground of making the case for independence. However, as a result of deprioritising constitutional affairs, the debate has remained stuck on the tactical rather than the strategic.

A growing number of people find this confusing. And it may be she needs a strong voice at her side, repeating over and over, ‘it’s about the constitution’.

READ MORE – ‘A crate of fireworks in the vicinity of SNP conference’: Grassroots indy campaigners energised by huge march look to build momentum

As this Paper advocates, she ought to set up a Constitutional Conference to develop a Provisional Constitution before the next referendum. This would have the effect on making the creation of a new state a public process, while reassuring those presently opposed their rights would be protected.

Bulmer – who has written three books and many Papers on the benefits of a written constitution for Scotland – highlights four vital attributes of a written constitution: Inclusion, Sovereignty, Reassurance and Recognition. I recommend reading all of his previous work and these in particular. Few people have thought more about the nature of a new Scottish state than he.

Bulmer also points out that there is no God-given right that any new state will succeed. Many do not.

And he answers so many of the basic questions that people rightly raise and are not being answered. For example, following Independence:

As a matter of urgency these and many other issues need to be addressed. This Paper provides a clear process for doing so. It ought to be right at the top of the Scottish Government’s agenda.

A top team should be set up to advise the First Minister and to enable her and her Government to be assertive on constitutional issues. And if he is available, Elliot Bulmer should head it.

John Drummond is chair and founder of the Constitutional Commission