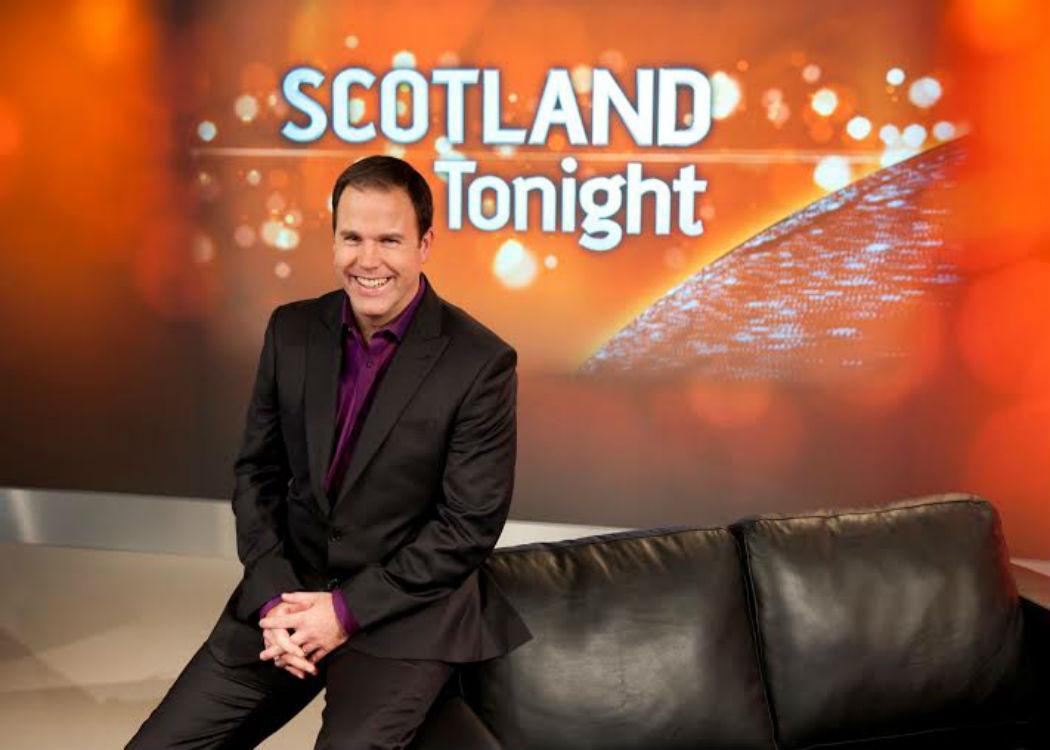 SO who won the media war? “There’s no doubt about it. The Yes campaign, no doubt.”

About this much at least John MacKay is emphatic. His 20 years as a news presenter, some 28 as a journalist – placing him at the top of his field in Scotland – have made him measured in his estimations.

He has to think much longer and harder when asked which Scottish politician is best at using the media to get their message across: “Nicola Sturgeon. She always makes herself available, and always comes across as straight forward. You don’t feel she has a game plan or anything when she talks to you.”

It’s matters like these that have set MacKay thinking: “The day the referendum result came in was my 20-year anniversary at STV. No one could have predicted 20 years earlier how much would have changed.”

For MacKay, whose delivery on flagship STV news programme Scotland Tonight is always so authoritative, to announce a degree of befuddlement at recent Scottish political history is a bold gesture: “And I suppose that’s what the book is about; what has changed and what hasn’t in Scotland.”

“The day the referendum result came in was my 20 year anniversary at STV. No one could have predicted 20 years earlier how much would have changed.”

‘Notes from a Newsman’, which is being launched by MacKay at ScotlandsFest 2015 , chronicles that recent history, but also travels closer to the roots of modern Scottish politics: “Many of the things covered in the book go back much further than the independence referendum. I became a journalist during Thatcher’s time.”

He’s been there at other formative moments, not all directly political.

“There are years that stand out for things besides politics,” he explains. “1996 with the Dunblane shooting, Lockerbie in 1988.”

But it’s the nation’s politics, which he saw developing first hand, that are the main interests in the book.

“If you are interested in politics then there have been other big years,” he says. “The devolution referendum in 1979, the election of Tony Blair’s Labour government 1997.”

But nothing really compares to 2014: “Quite clearly last year was a big year for Scotland; the independence referendum.”

MacKay became a significant media figure during the independence referendum. High profile duelling between Nick Robinson and Alex Salmond may have caught the column inches, but it was Scotland Tonight that caught the attention of the voting public.

Launched in 2011 in anticipation of the referendum and as a replacement for Politics Now, it roundly thumped the BBC’s Scotland 2015 in viewing figures. Co-presenters MacKay and Rona Dougall became curators of the debate on Scottish independence, if only for a few hours a week.

But it’s not just the authoritative news delivery that has made MacKay popular. His imaged is softened by a jocular, playful sense of humour that led him to become a figure of affection for comedians like Jonathan Watson and Kevin Bridges. It also leads him to indulge in surreal interviews, like the one conducted with Kingsley , quixotic mascot of Partick Thistle football club.

MacKay is interested in the nexus between politics and media, the ways in which the changing reality of media is changing the nature of politics and how people interact with it. But he’s quick to make a note of caution: “We are seeing the rise of social media, the newspaper industry is suffering. There were some worries that television news would get hit just as hard as print, but TV is proving to be more robust.

Though he believes television news has real staying power, like just about everyone in the modern media he has worries: “You still need professional journalists. And the pressure from new forms of media means there are fewer of those today than there used to be.”

“Some newsreaders opinions are very well known. I wouldn’t want that myself.”

And what about the people in front of the camera? US anchors are expected to be bombastic and sometimes acquire celebrity status. The received English of early BBC news presenters established them as authoritative and austere figures in the public imagination. Is there a Scottish anchor, a type?

“You have to remember we have a public license both in the BBC and at STV – and that means impartiality. Certainly it’s the case in the US, and in some cases even in the UK, that some newsreaders opinions are very well known.

“I wouldn’t want that myself. Because what’s my opinion? My opinion is only as valuable as anyone else’s.”

The key, MacKay says, is to striking a balance: “People still want their news to be delivered to them by someone who is authoritative. But not too distant. If you tried to present the news in that formalwear dinner jacket style today the audience would just be turned off. So I think we need to be approachable for people.”

And that wouldn’t be Ron Burgundy. MacKay famously interviewed Will Ferrell about his comedy creation , with Ferrell channelling Burgundy for some advice on how to be an anchor: “He gave me some sound advice, told me I should grow a beard and wear aftershave that could stun a man at 12 paces.”

Are there really news anchors like that? “Not now, and actually not even in the past as far back as I go. Partly I think because people would see through it. People in Scotland want a warm and genuine presenter I think.”

“People still want their news to be delivered to them by someone who is authoritative. But not too distant.”

So then why write? MacKay is only now releasing his first non-fiction title, but he’s the author of a trilogy of fiction works set on the Isle of Lewis, to which he owes his ancestry. For a figure so associated with the persona of the news presenter, perhaps it’s natural to want to escape into a different medium: “In terms of writing fiction it’s the complete opposite of doing the TV news.

“When you are doing TV news it’s all factual, very straight forward, very simple language. You broadcast the day’s news that night and it’s gone the next day and then no one wants to know about it.

“Writing fiction you’ve got so much more time to think. You can be more creative in your writing. You can really let both your ideas and writing flow, you don’t have the same constraints on you.”

If the same approach is employed in unwinding the last two decades of Scottish news, we can expect a fruitful memoire.

To round off our interview, we asked some quickfire questions

I couldn’t possibly choose between them

Clean Shaven, though Ron Burgundy would probably scold me for that.

John MacKay will be speaking at ScotlandsFest 2015 on Friday 28 August.

ScotlandsFest 2015 is being organised by Luath press.

Notes of a Newsman is due to be published on 1 September 2015 by Luath.