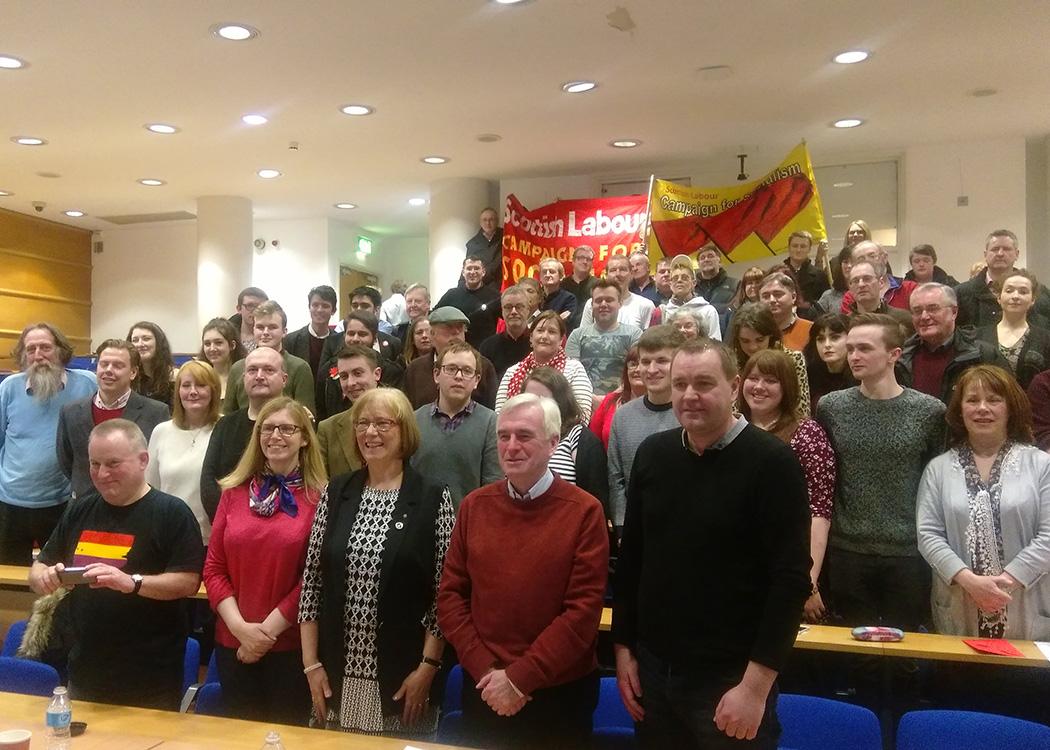 JOHN McDONNELL has said that Scots will become disillusioned with the SNP’s “fundamentally dishonest” approach to anti-austerity politics.

Speaking in an interview with CommonSpace after a rally of supporters at Glasgow Caledonian University on Sunday (14 February) the shadow chancellor said that the SNP were responsible for cuts in Scotland despite their anti-austerity rhetoric at Westminster.

McDonnell said: “In the House of Commons they argue they are an anti-austerity party. In Scotland they are introducing austerity measures. My view is that’s a fundamental dishonesty in their political stance. As a result of that people will become disillusioned with them over time.”

The comments come after McDonnell drew criticism for saying the SNP’s approach to public spending cuts was reminiscent of the Thatcher governments of the 1980’s.

“In the House of Commons they argue they are an anti-austerity party. In Scotland they are introducing austerity measures.” John McDonnell

Arguing that Labour was distinguishing itself as a credible opposition in Scotland, McDonnell said: “I think you’ll be surprised by the results this time around [in the Scottish elections] and by how Kezia Dugdale is rebuilding our base already, introducing distinctive new policies like the 1p tax increase . It’s sending out a message that Labour has it’s own agenda in Scotland.”

Scottish Labour’s proposal to raise the new Scottish Rate of Income Tax (SRIT) by 1p above the UK rate led to heated exchanges in the Scottish Parliament early in February. An analysis by the CommonWeal think tank found that the tax was progressive, but Scottish finance secretary John Swinney argued that it would hit the poor hardest.

McDonnell also said that the Labour party was leading opposition to to Trident renewal.

A vote on the renewal of the nuclear weapons system, based on the Clyde, is expected in 2016. Labour leader Jeremy Corbyn and McDonnell are both life-long anti-nuclear weapons campaigners, but their party remains split on Trident renewal. By contrast the SNP is uniformly opposed to nuclear weapons and its MPs and MSPs have voted against renewal in both the UK and Scottish Parliaments.

Asked if people would not continue to see the SNP as the most coherent opposition to Trident, he said: “No. What people will see is a debate going on in the Labour party, they will be encouraged by that, and at the end of the day that this is a UK wide decision.

“The support that will come to the Labour party as a result of us opening up the debate on trident will help us secure the victory on that particular issue, and it will inspire confidence that the Labour party can lead on the issue.”

The chair of the Scottish Campaign for Nuclear Disarmament has previously told CommonSpace that Scottish independence remains the most effective route to nuclear disarmament .

A demonstration against Trident renewal called by CND will take place in London on 27 February.