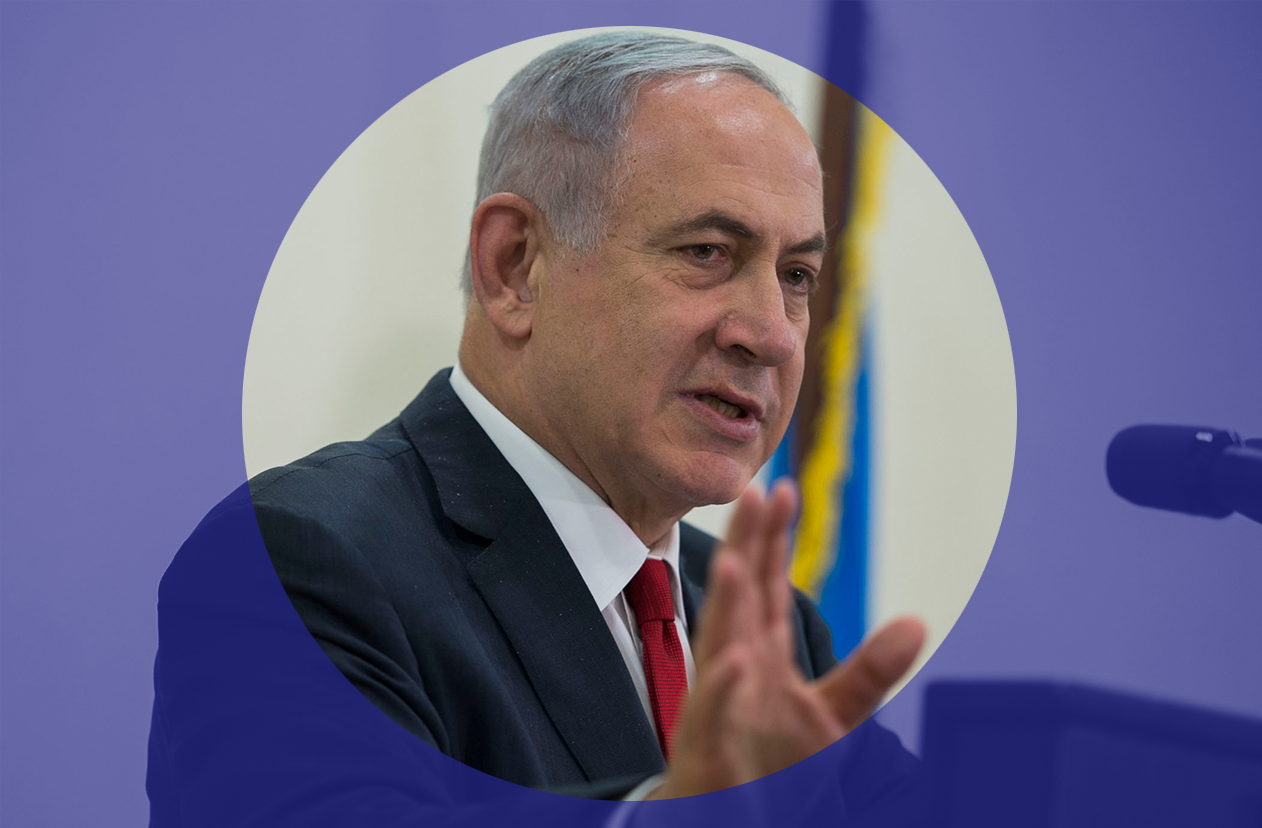 “Political punditry has often castigated Netanyahu over his efforts to give a legal basis to the de facto annexation reality on the ground; but will all this condemnation by the political establishment make any difference or is it just the usual lip-service to satisfy their conscience and to save face?”

AS THE CONCERNS of the Coronavirus and its economic consequences take centre stage in Israel, the world awaits the promulgation of Israeli PM Benjamin Netanyahu’s plan for the annexation of large areas of the West Bank.

The decision was postponed due to the doubts of a now weakened Trump administration, extensive international condemnation and the possibility of economic sanctions. Whatever arrangement Netanyahu comes up with, a polka dot array of enclaves for a Palestinian state will effectively end the concept of a viable two-state solution and make the Oslo Accord agreement finally and officially defunct. The focus is now on the international community and what action they will take, now that decades-old diplomatic efforts have failed to exert any pressure on Israel to end its illegal occupation.

Netanyahu has stated that there will never be a Palestinian state except for Donald Trump’s peace plan, which the Palestinians have totally rejected. However, his hubris has taken a jolt by the negative reaction of American liberal Jewish organisations, the EU, a myriad of global human rights organisations, neighbouring Arab states whose détente with Israel is wavering, and also within Netanyahu’s own fragile coalition with Benny Gantz of the Blue and White alliance. In a letter signed by over 1000 European parliamentarians including many from the UK, the EU is being urged to take the lead in opposing annexation, while Luxembourg Foreign Minister Jean Asselborn is at the forefront in campaigning for the EU to recognise Palestine as a state.

In the UK, condemnation of Israel’s actions has moved on from unhelpful platitudes to a more realistic understanding of the reality of military occupation. A letter signed by 133 MPs to Boris Johnston demanded to know of his intentions. However, addressing the UN in June on behalf of the British government on the question of annexation, James Cleverly MP said: “Mr President, a peace imposed is no peace at all,” which implies that no sanctions will be enacted upon Israel by the UK should annexation occur.

This is reinforced by the desperation of the Brexit predicament, as the UK Government scrambles to find trade deals with whomever, while treading carefully for fear of alienating Trump, and added to by the fact that 80 per cent of Tory MPs are members of Conservative Friends of Israel. Meanwhile, the Scottish Government position reiterates the same innocuous symmetry of the Tory government, calling for both Israel and the Palestinians to negotiate a settlement while blaming and sympathising with both sides.

The Labour Party’s response was rather shallow with Lisa Nandy announcing that should annexation take place, Labour would favour a ban on all produce coming from the settlements in the West Bank. However, identifying West Bank produce from Israeli produce is impossible, as Israel does not differentiate between the two. So, if annexation is cancelled does that mean ‘mission accomplished’, allowing the Labour Party to refrain from backing sanctions and settle back into perfunctory opposition to the ongoing plight of the Palestinians under occupation?

Sanctions against Israel will not be passed by the UN either, because the US under Trump (or under Biden) will initiate its veto, just as did Russia in their annexation of Crimea in 2014 (although the US, the EU and individual states did invoke sanctions against Russia which will now be reviewed in July). Nevertheless, it is unlikely that such an international response will be repeated against Israel for fear of an economic reaction from the US, thus entrenching Israeli exceptionalism.

The only foreseeable economic impact comes from the civil grassroots level by the Boycott, Divestment and Sanction movement (BDS) which has been steadily escalating, provoking a monumental combative reaction from Israel and its worldwide lobby groups. The BDS movement is now receiving growing widespread support as the issue of annexation comes to the fore.

The proposed annexation is a consequence of three factors: firstly, the precedent created by the inaction of the international community over the last two annexations of East Jerusalem and the Golan Heights in 1980/81 and the 72 years of Israel’s perennial defiance of international law in its malicious treatment of Palestinians through land appropriation for settlements and ignoring the predicament of Palestinian refugees. Secondly, the 19th century colonialist ideology of Zionism which underlines Israel’s present-day repression of the Palestinian population and the economic exploitation of the West Bank’s natural resources. And finally, the notion of ‘Eretz Israel’, a biblical geographical interpretation which prompted the Israeli academic and peace activist Uri Davis to ripost: “The Bible is not a land registry document.”

The area which Eretz Israel covers stretches beyond the river Jordan and Netanyahu’s annexation would push Israel’s frontier hard against Jordan’s border. This prospect has provoked a vitriolic response from King Abdullah II, fearing the realistic possibility of invasion from a future Israeli leader.

Political punditry has often castigated Netanyahu over his efforts to give a legal basis to the de facto annexation reality on the ground; but will all this condemnation by the political establishment make any difference or is it just the usual lip-service to satisfy their conscience and to save face?

Having effusively committed themselves to implementing sanctions against Russia’s annexation of Crimea, they find themselves facing an accusation of double-standards if they don’t equally sanction Israel. In their damning statement on Israel’s proposed annexation, the UN Human Rights Council noted: “Criticism without consequences will neither forestall annexation nor end the occupation.”

When and if Israel announces its sovereignty over the proposed areas of the West Bank, it will have unofficially announced the creation of an apartheid state. Israel’s chutzpah response to criticism has always been ‘sticks and stones may…’ But it is only the ‘sticks and stones’ of effective sanctions that will stop annexation and revive the issue of a long overdue solution – be it of one or two states – to an unprecedented level.