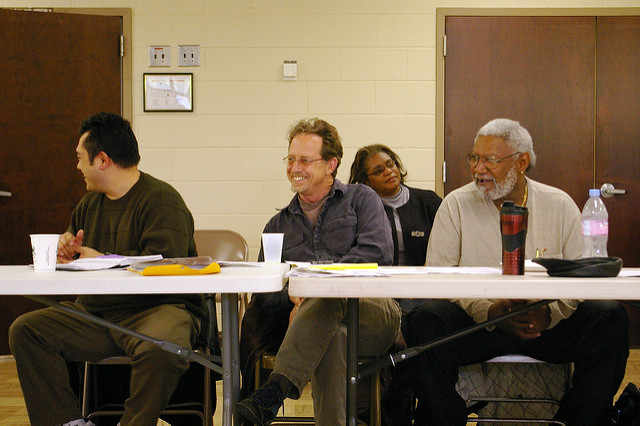 John Rogers, retired social worker and activist, argues that the fragmentation of political activism lets the Right get away with undermining democracy, and draws on examples from the 1800’s of how the left should organise effective campaigning

ARE the activist groups on the left really serious about changing our society?  I am wondering, because while there are lots of activist groups, they do not communicate about their agendas, the events they plan, and they do not work together much.

I am fairly new to the activist scene, and I am becoming more and more frustrated at the tiny groups working so diligently (and well) in their wee corners to such little effect.  The fact of such poor coordination of agendas makes for bewilderment for the person on the periphery of the activists’ concerns.  And there are a lot of events, poorly publicised, and poorly attended and a newcomer can feel overwhelmed.  If we are so certain we are right about our concerns and our solutions, how come so few people are aware of them and want to become involved?

Just what has been achieved?  The Right, including the neoliberals have pursued their agenda of tearing down the State, creating an environment that allows them to get richer, while the rest of us get poorer.  And this poses a huge threat to democracy, especially as this Government wants to rule through the executive—rule by decree, rather than through Parliament itself.

We still have had no debate over Brexit in Parliament as to the benefits or otherwise of leaving Europe.  There are trade deals being worked out that seem to have nothing to do with democracy and everything to do with corporate power.  Why do we pay so much for PFI deals?  Did we get a say in this?  No—we were left to pay the bills.  Democracy is under real threat.  We need to do something about it.  ‘We’ being all of us involved in activist groups—not individual groups.

Every day we hear stories about gross poverty, and mean-minded stories on so-called immigrants who have been here 40 years or more, but are not allowed to consider themselves British citizens.  Food banks are now part of life, and no-one protests now, or rather the protests have been watched over indulgently by the powers that be and ignored.  The protests are forgotten.  We are told all about how there is no money for services, but academies can be created for the better off, businesses can offer poor service within an internal market that are much more expensive, and the rich continue to get (a lot) richer, while complaining they are taxed too much.

If we are going to make a difference we need to do it together.  We need to be focused.  And we need to be able to sustain our campaigns for years.  The Right is very adept at procrastination, stubbornness and eventual compromise when it suits them.

The campaign against the Slave Trade in the early 19th century was sustained over 40 years.  It began because people altered their perception that the slave trade owners were too powerful to be touched.  Once they realised they could attack the trade, a sustained campaign of publicity about the evils of the trade – its immorality – was launched with pamphlets, posters and many public speeches. This was accompanied by lots of petitioning (the first time public opinion became important politically), and a sugar boycott.  The campaign was spearheaded by the use of a speaker in parliament (Wilberforce).

Thousands of people (men and women) were involved.  Campaigns can work, but they need that focus.  As to Government procrastination, they managed to divert attention from the dire conditions in our own factories (wage slavery) for 40 years, and only conceded because they did not really support the slave trade.  The Government took out a huge loan to provide the slave owners with massive ‘compensation’ for the loss of ‘property’ (the slaves). And we, the taxpayer, finished paying off that loan in 2015!

READ MORE: John Rogers – Do we still need to learn about democracy?

What is it that we activists want today?  What is the hook that will engage the public at large?  Are we aware of the agendas of our fellow activist groups?  As a newcomer, it is hard to decide what campaign to support.  I have heard about Climate change, pollution such as plastic, Rent control, Land Value Tax, equality generally, Universal Credit, the treatment of immigrants, racism, to name but a few, while Human Rights (also being undermined) looms over all.  All huge subjects and probably each deserving of a separate campaign.

Where do we start?  It is all very muddling and contributes to despair about the enormity of the task, and anyway what can ‘little me’ do anyway?  We need to start to feel that all this is somehow ‘do-able’.  We need some hope, and a common purpose we can identify with.  Above all we need to feel there are those we can relate to, that think as we do, and that we are not alone in our concerns.

We need to feel there is an ‘Us’ and not a lot of ‘Them’.  A lot of us ‘little people’ don’t really understand what is going on.  It feels wrong, but it is hard to articulate that ‘wrongness’.  And it doesn’t help that we in activist groups seem to have ambivalences about leadership and how best to take issues forward.

How do the activist groups welcome new members?  Mostly by having business agendas that make no sense to a newcomer.  The aims of the group are not explained, so an induction is non-existent.  The newcomer looks at the six or seven members of the group, and wonders how such a tiny wee group expect to effect societal change, while wondering what this agenda is all about.  I have so far found out about groups mostly by chance, because I happened to find out about an event that looked interesting.

I attended a ‘Congress’ called ‘Neoliberalism vs Democracy’ in February 2017.  There I discovered some of the activist groups, and was pleased to find those of like mind (I would never have heard about them without attending the congress, and I still don’t really know how the groups publicise their activities).  Had we not made an effort to engage people that attended, we would have gone away having found the ‘congress’ interesting, and nothing else would have followed.  As it was some people from Glasgow did continue to meet as ‘Unchained Democracy’, and one result has been the development of courses—one on democracy—‘Unchaining Democracy’ (which is running at ‘The Space’ on Thursday evenings-7-9pm), the other on neoliberalism which is to start shortly at the CCA.

Activist groups run on assumptions.  These are unspoken, and taken for granted.  Because they are unspoken, they are in fact vague, and so not very adaptable to change in changing circumstances.  We need a forum where the assumptions can be questioned, assessed, and evaluated as to potential for effective action.  The values are also assumed and this also needs a lot more questioning.  All this is not shared by newcomers, who can become easily become confused.

The courses (eg Unchaining Democracy) I have mentioned, are one way we can start a debate about what we think democracy is and could be as well as looking at the real dangers of neoliberalism to democracy.  Lots of people (like me before February last year) do not know what neoliberalism is, and it is rarely mentioned in the newspapers.  We need to decide how we can transmit a real sense of hope, purpose and the reassurance that we WILL be able to effect change for the better (whatever that means).

We face a real struggle.  The neoliberals are very well organised and can co-ordinate their activities extremely effectively, as Roslyn Fuller demonstrates in articles and in her recent book, ‘Beasts and Gods’.  They meet regularly in clubs and organisations and there are many research foundations funded by the neoliberals, so they really know what to do at any stage.  They also meet with legislators very regularly—In the US they even help draft the legislation for instance ALEC has been instrumental in many pieces of legislation, an alliance of corporate leaders and elected representatives.  They are good at outflanking the opposition as seems to have happened with ‘Cambridge Analytica’ and the Brexit vote and their role in the aims of neoliberals.  They are also good at distractions.

READ MORE: Reasons to be cheerful – Why we should be more positive about the successes of grassroots Yes

If we are serious, we need to be just as organised.  This means communicating, co-ordinating events and supporting each other.  How do we do this?  I don’t really know.  How about a Citizen’s Assembly type of conference where we could start to agree on common priorities, how we can communicate and co-ordinate events?

We met at a Critical Cities conference in February this year.  We have the chance at the next ‘Critical Cities’ conference to develop the means to work together.  This is not a ‘Talking Shop’.  As Latin American educationalist Paulo Freire advocates, we need a dialogue and a common understanding if we are going build a solid foundation which can empower ourselves and people generally.

We can do it.  But not on our own.  It is most likely to be successful if we work together from the same agenda.  How about it?