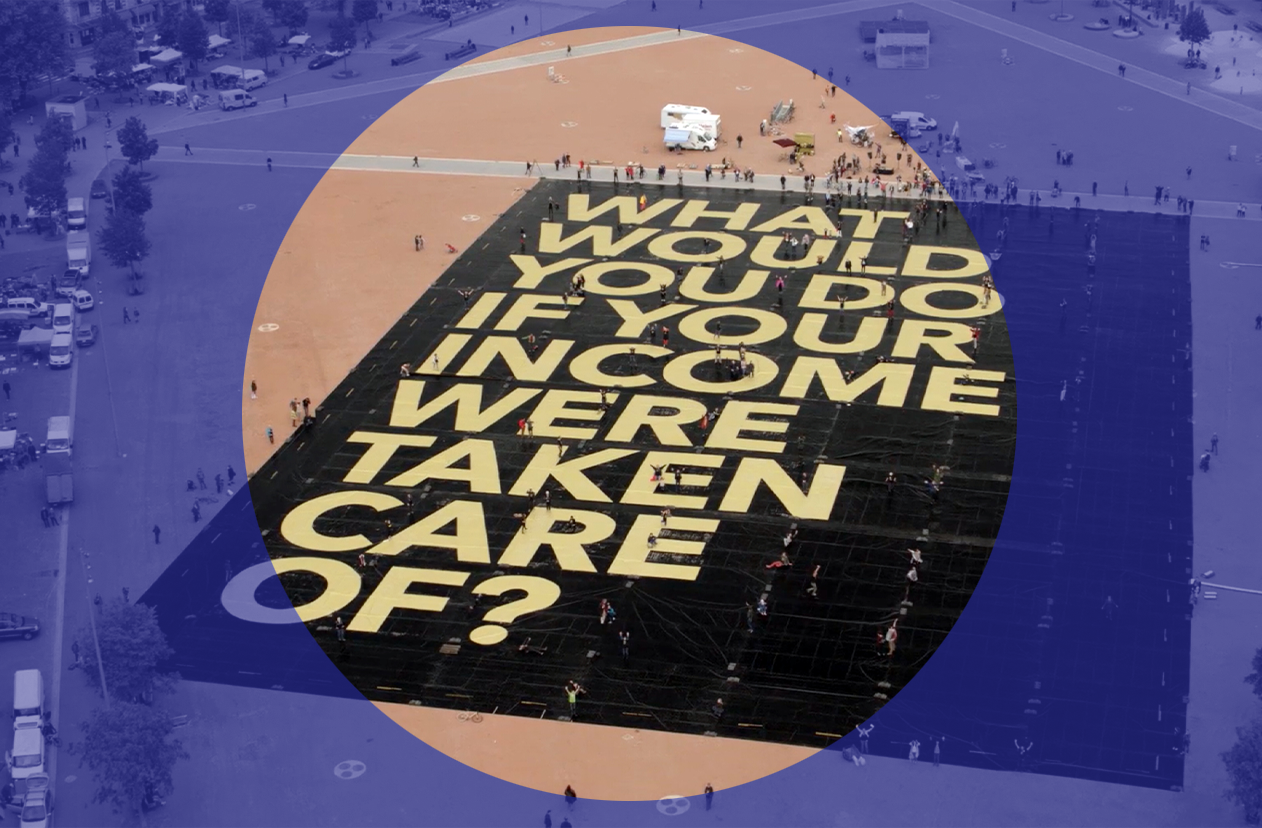 Glasgow based activist John Rogers says Universal Basic Income is the alternative to the damaging Universal Credit system that we need. If we are going to plan changes to how we live together, we need to come up with a lot of ideas about how to make that work.  Here is one – Universal Basic […]

Glasgow based activist John Rogers says Universal Basic Income is the alternative to the damaging Universal Credit system that we need.

If we are going to plan changes to how we live together, we need to come up with a lot of ideas about how to make that work.  Here is one – Universal Basic Income (UBI).

UBI is a way of ensuring financial security through regular weekly or monthly payments. Everyone is paid whether working or not, thereby ensuring there is real social security for us all.  It avoids all the bureaucracy and huge cost involved in the current social security system, as well as removing the stigma associated with means tested unemployment and welfare benefits.

UBI has been trialled in Finland and although they chose not to proceed, research showed it contributed positively to wellbeing.  A lot of cities worldwide are considering taking up the idea to see if it can work, including in the UK, Sheffield, Norwich, Liverpool and Hull.  In these and 23 other cities, UBI Lab Networks have been set up which include collaborations among many organisations.

Our lives have become more insecure.  There are fewer stable careers, so that we are likely to have to reskill.  Technology and the gig economy all disrupt the labour market, making income insecure, while bills and mortgages/rent remain constants.  The resulting stress will affect wellbeing and make some people more vulnerable to mental health problems and put a strain on communities.  The social contract is failing because of huge inequality and people feel powerless to effect change.

UBI is unconditional (though in some schemes young people get less), automatic, non-withdrawable (not means tested and not related to any increase in income), individual (everyone gets it, including both partners of a household) and is a right of citizenship.  Since it is a constant, it provides a secure base to build on as it provides income security without stigma, and it offers more choices as to the amount and type of work undertaken: it helps carers, and new businesses, while offering personal freedom and the chance to be creative/artistic or do voluntary work.  As such it helps foster social cohesion, and reduces the poverty gap.  It is akin to attachment theory which proposes that secure relationships promote very positive outcomes for children’s development.

UBI would be simple and cheap as it can be administered through the tax system. As such, it would be in stark contrast to the welfare regime of the present government.  Universal ‘Credit’ (as though recipients are getting a loan) is massively complicated, very expensive, and inflicts humiliations on claimants.  It has been reported that it costs £699 for each claim, which is four times what the Government intended.  Some commentators say the new system will cost more than the one it replaced, and it is concerning that £14 billion is unclaimed (in fact, lower to middle income recipients get more in benefits than the poorest).

Universal Credit has driven some people to homelessness, food insecurity (in breach of the Human Rights Declaration) and even destitution. The Lancet Public Health Journal found in February a sharp increase in mental health problems among the unemployed, one third of whom were likely to become clinically depressed.

The process of claiming can also be humiliating.  One claimant, whose doctor wrote that he was unfit for work, was asked when claiming about how many times a week he changed his underwear.  His claim was dismissed, contributing to his clinical depression.  60 per cent of claims have resulted in reduced income for claimants. There is a lot of anger among claimants about UC, and support groups have sprung up.   The system is not fit for purpose, and has been described by author and journalist Paul Mason as “ugly, coercive and dehumanising”.

Estimates as to the cost of UBI vary between £252 billion and £67 billion, the latter the result of careful research. Both are based on an individual annual income of £7,706 plus £3,853 annually for each child.  This would be paid for through the tax system, plus administrative savings from the old system of welfare benefits.  All families earning under £32,000 would benefit. And let’s take Bernie Sanders’ advice, and pay for it by taxing the very rich properly.

There is real ambivalence about UBI.  The right argue that UBI would act as a disincentive to work, while Labour think that a decent employment strategy should be enough.  Others argue that a system of free public transport, education, cheap housing and a basic food supply would negate the need for UBI.  Paul Mason argues for UBI, but as a temporary stop-gap in the current coronavirus crisis.  This is not very helpful.  If it is worthwhile for national wellbeing, then let’s have it permanently.  Issues to do with salaries, national insurance, freedom of choice for employees and the reactions of employers and unions remain unresolved, as do issues to do with child care costs and additional disability payments.

The coronavirus crisis has alerted us to how economically precarious our lives are, while businesses are also on a knife edge.  If we want a differently organised country (or world), UBI could be a fundamental part of the solution.  It is congruent with a lot of new ideas on the economy including Doughnut Economics, ideas from the Wellbeing Economy Alliance, the book the Economics of Happiness (by Norbert-Hodge), the ethos behind Extinction Rebellion, and ideas on how we can develop a system for real democracy, and could act as a catalyst for implementation/uptake of these ideas.

UBI Lab Networks believe UBI provides for economic security for citizens so contributing to a more resilient overall economy, while acting as a catalyst for further changes to our society.  They state UBI should be a) equal, b) simple (reduce complexity and less intrusive), c) democratic and d) inclusive.  They want to test the impact of UBI and evaluate how it might provide the foundations for us to be able to tackle many of the challenges we face as individuals, communities and for our planet.  UBI has a real potential for helping to alleviate poverty, improve wellbeing, and providing the basis for us all to aspire to fulfil ourselves as citizens, because a secure base for us all is a good way to start.

There are many issues to be resolved.  Nevertheless the UBI Lab Networks want to test out how it would work, and are working with the various Councils to see how test cases could be initiated.  Citizens’ Basic Income Scotland (including Glasgow, Edinburgh, Fife and others) are also considering its viability.  Starting UBI here in Glasgow could encourage links amongst activist groups in the area and across the UK, contributing to a more united front against Tory welfare, and as such it is relevant to the Scottish independence campaign.