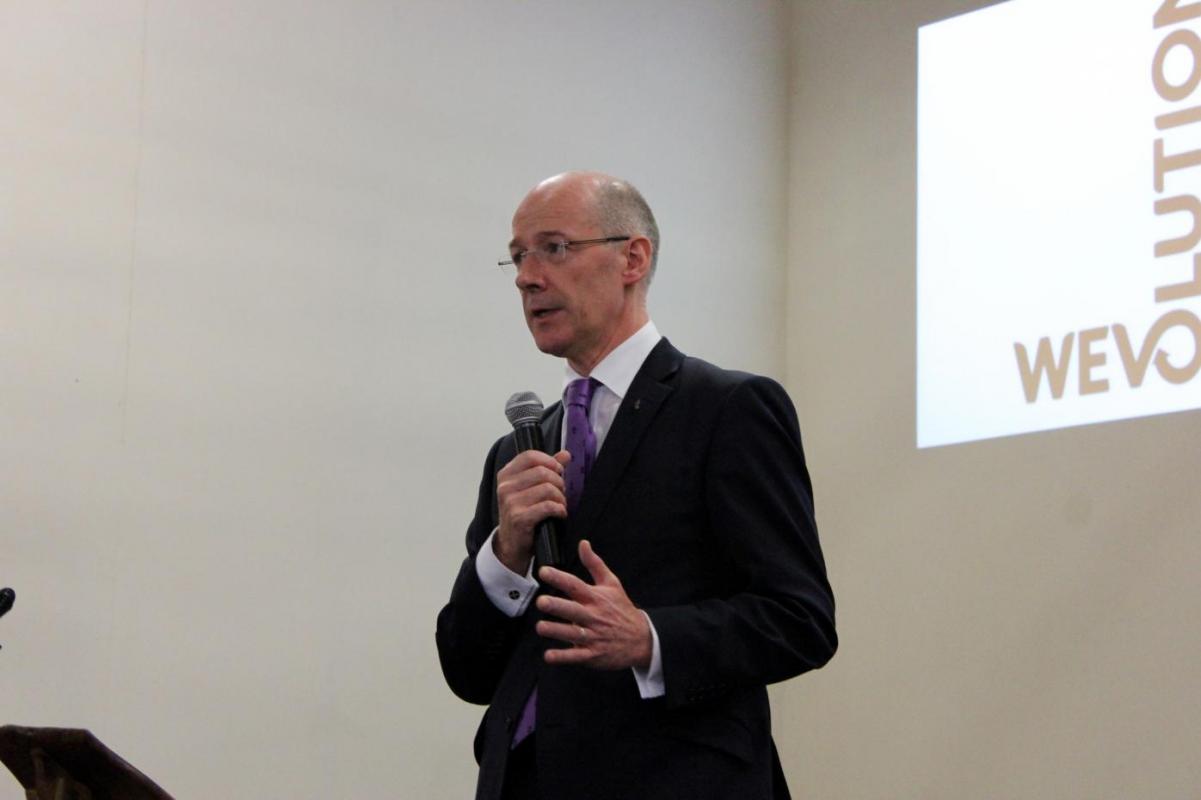 DEPUTY FIRST MINISTER John Swinney MSP has launched a taskforce to report on the registrations of all Scotland’s land and property as part of a new digital information system.

Speaking at a conference organised by The Scotsman in Edinburgh, Swinney set out plans to improve transparency and accountability on land ownership through a digital database.

Swinney said: “We are committed to greater transparency on land ownership in Scotland, and I think that is a widely accepted position.

“There are a broad range of views on land in Scotland, but one area where there is agreement is that it would be beneficial to have a greater understanding of the ownership of land, the use of land in Scotland.”

The Registers of Scotland, led by Keeper Sheenagh Adams, will send out invitations to Ordiance Survey, government and other land and property organisations to create a report on progress by July.

At a recent Scottish Land Revenue Group conference, speakers stated that the government would face an uphill challenge if it was to meet its target to register all land in Scotland within 10 years.

Professor Stewart Brymer, chair of Unifi Scotland, which is involved in the registration process, said: “I see no reason why Scotland should not have the best spacial information system of information data in the world and we could be doing that now. It is simply not good enough to be operating a system with stick-back plastic.”

In response to calls that public crowdsourcing of data would improve the process, Brymer added: “If we engage with the public we can deliver changes faster and more effectively.”

Swinney, in his remarks, also commited the government to ‘open data’ management that allows the public to access land ownership registers.

Speaking to CommonSpace in response to whether registry information would be open without charge, Swinney said: “The crucial point about the commitment about access to open data without charge is essentially to encourage and facilitate the process of innovation because it will need a lot of creativty to look at all of the data that exists and how it can be used to untake activity.

“There will, of course, in the process of land registration be charges for people to interact of all of that because there are clearly costs to government in enabling that to happen.

“But I think when we have a broad range of data sources available we should be prepared to share them.”

There were references by speakers Iain McKay, information manager, and Professor Brymer to charging for access in some cases, although it was unclear in what cases charges would be suitable or unsitable.

The Scottish Government will also present a Land Reform Bill to the Scottish Parliament this year.

Campaign organisations have challenged the government to go further.

In Scotland, it is estimated that 50 per cent of private land is owned by just 432 people.

The taskforce report will be presented by July, which will identify the speed of progress towards land registration targets and signal how this information will be published and accessed.