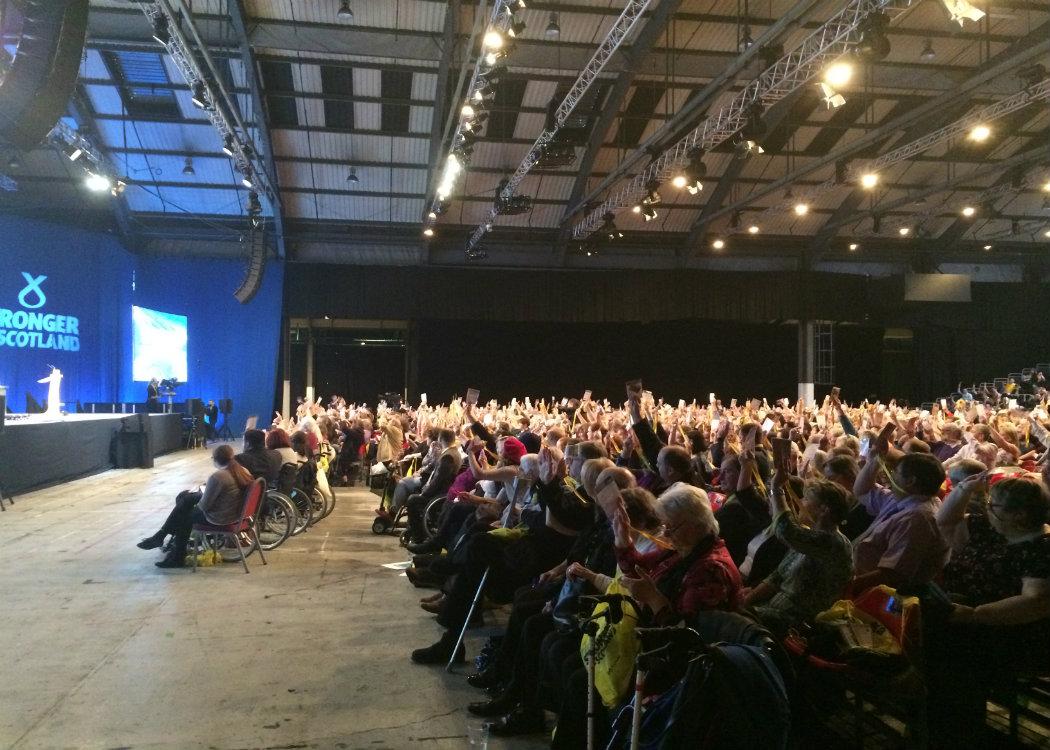 The speech began with an overview of Nicola Sturgeon’s role in May’s General Election. Swinney stated: “Our FM didn’t win that first debate, she changed the terms of that entire debate. She led this party, you and me to the greatest election victory in our history.”

“It’s little wonder that the Tory press has branded her the most dangerous women in Britain.”

The speech then moved on to look forward to the upcoming Holyrood elections. Swinney avowed: “The question will not be yes or no, independence or the union. The question will be, who stands for Scotland? Who has the record, the vision, the team, to take this country forward to create a fairer, more prosperous Scotland.”

He said that the SNP would win the 2016 election race by knocking on doors and connecting with communities.

He spoke of “tales of constituencies where Labour had not knocked a door in decades. Stories of MPs who had forgotten how to connect with their communities – if indeed they ever connected in the first place.”

On the economy, Swinney stated: “Output and employment are back above their pre-recession peak but challenges remain in our labour market including underemployment, low productivity, stagnant real wages and the recent rise in unemployment demonstrates the importance of sustaining public investment.”

Among other announcements was the SNP’s deal to oversee the building of two new CalMac ferries, and a new contract to upgrade the rail link between Aberdeen and Inverness.