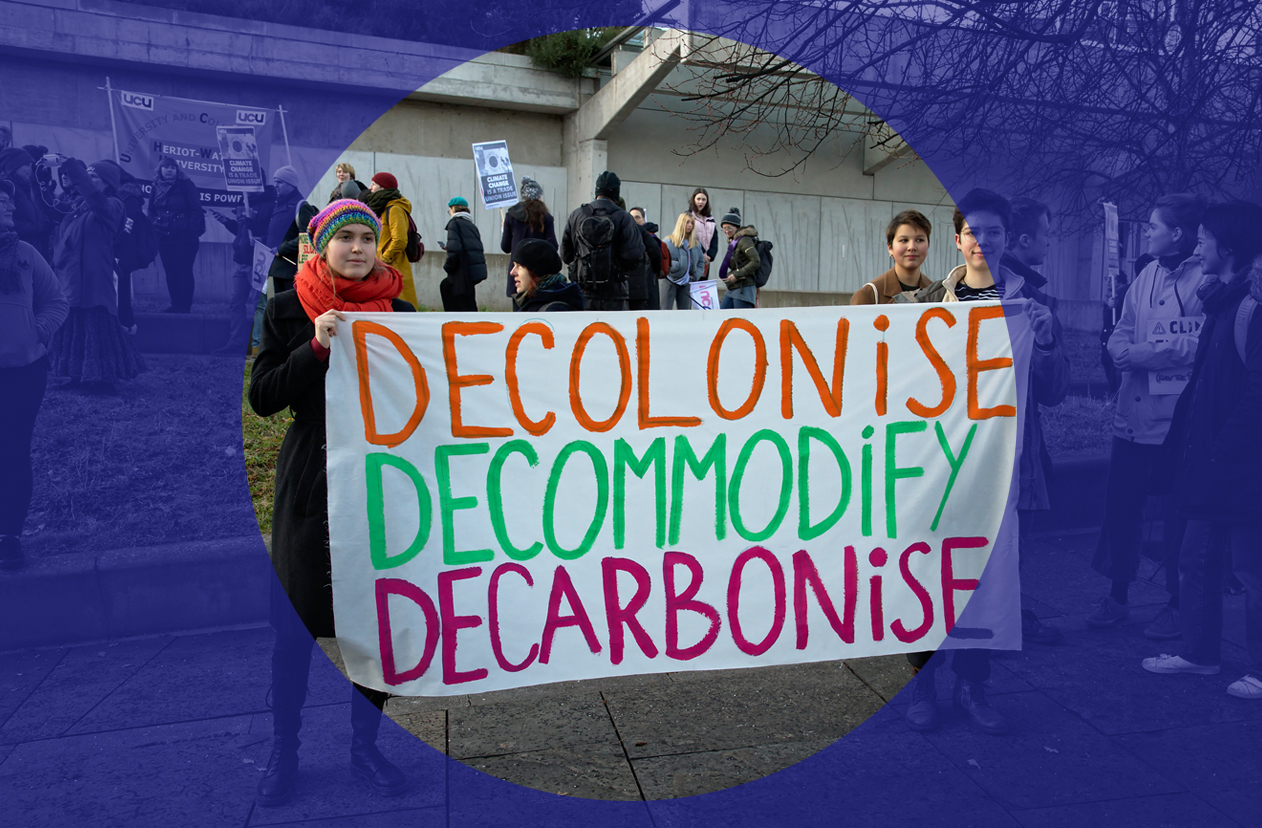 “We should put a premium on building a wider independence movement – one that can involve thousands of new campaigners won to the new case for a new world. One which presents solutions to climate change and the social ills of poverty, inequality and unemployment with one hand.”

In the latest installment of his series of essays on Scottish independence in the age of Coronavirus, Jonathon Shafi argues that confronting the major challenges of the 21st century, from climate change to global economic turmoil, will be vital to any future case for independence.

Those are the words of Ridhima Pandey. Ridhima comes from Haridwar in India, and is one of 16 child petitioners that are campaigning for action to be taken by the Indian government. They do so from the standpoint of children’s rights, and have filed a complaint against Germany, France, Brazil, Argentina and Turkey, opposing their governments’ failure to address climate breakdown.

The challenge presented by climate change is not a slow moving train, coming down a meandering track. It is here, and it is impacting millions of people across the planet. Climate change is part of a wider ecological disaster that is resulting in the destruction of habitats and the animals that rely on them. That includes us, of course.

These claims are now mainstream. We understand the impact we are having on our environment. Climate activism has pushed the issue to the top of the political agenda. In the midst of the Coronavirus, you could be forgiven for forgetting that a much larger crisis awaits. There is no ‘return’ to stability –if such a thing ever existed in the first place – and climate change is only going to become more dominant as an issue of public interest.

You may have read unionist commentators, and indeed some independence supporters, argue that – in the words of Theresa May – now is not the time. It would be irresponsible, in the wake of the virus, to re-impose the national question. Instead, wait for calmer waters, for a stabilisation of the economy, for some semblance of political order to emerge. Such thinking rests on something of a mirage; these sunnier climes do not exist if we continue as we are.

A radical break is required. Instead of rampant consumer capitalism, we need to develop democratic control over the worlds resources, and utilise them in a manner that increases living standards, while living within healthy ecological parameters.

This is not a new idea. As Friedrich Engels wrote in 1876: “Let us not…flatter ourselves overmuch on account of our human victories over nature. For each such victory nature takes its revenge on us. Each victory, it is true, in the first place brings about the results we expected, but in the second and third places it has quite different, unforeseen effects which only too often cancel the first.

“The people who, in Mesopotamia, Greece, Asia Minor and elsewhere, destroyed the forests to obtain cultivable land, never dreamed that by removing along with the forests the collecting centres and reservoirs of moisture they were laying the basis for the present forlorn state of those countries.”

As we emerge in the post-Coronavirus world, the question of climate change is going to be of central importance. In all likelihood, we will be living in an era of economic turmoil and mass unemployment. Some will attempt to maintain the present economic system – the same one that has led us to the brink of extinction – and others will posit a more positive future. Some will call it radical, but in reality, rupture with the status quo is an eminently sensible course of action.

The independence movement should therefore make addressing climate change a central component of its revamped, post-Coronavirus case for Scottish autonomy. As I have written in previous essays, we need to set out a plan which shows our social and economic priorities. Taking on the major challenge of the 21st century offers a forward looking vision which can win the support of a whole new generation of activists who are looking for political leadership on this question.

We have a very strong case in this regard. In 2014, mention was made of Scotland’s renewable energy potential. This should now be much higher up the agenda. Common Weal have since published a fully implementable, and fully costed, Green New Deal plan.

Consider how we could re-deploy hundreds of thousands of people who will be out of work, into long-term, well paid, socially useful jobs. Having an answer to mass unemployment that also puts the planet first is truly an idea whose time has come. The independence movement should own this – because to fully realise this potential, Scotland requires independence. The future dynamic will not be nationalism versus unionism, but will be about who wields the most popular, most worked-out and most visionary platform for addressing the major questions of our era.

This is also why the independence movement must compel its own leadership to grasp how much the situation has changed. They will need to break with the corporate lobbyists and the glacial pace of the most conservative elements. They will need a robust approach that disregards the weather vanes in the commentariat, and instead pursues an agenda that puts people, planet and independence at the core of their agenda in actions and not just in words.

I suspect this will not happen, and that the present SNP leadership is in a cul-de-sac of its own making, despite recent encouraging polls. A future essay will be devoted to an analysis of the SNP and the independence movement as it stands at present, but for now, take just one example pertinent to the issues raised around climate change. The Scottish Government have prepared a portfolio of green assets totalling £3 billion – but this is all to be sold off to global investors instead of harnessing them for the benefit of everyone who lives here.

As Ryan Morrison from Friends of the Earth Scotland points out: “Faced with a climate emergency, that means undertaking a shift away from fossil fuels and a transformation to a green, renewable-powered Scottish economy. We must learn from the mistakes of the past by prioritising workers and communities, giving them a genuine stake in our energy market, rather than prioritising maximum financial return for shareholders.”

To achieve this we should put a premium on building a wider independence movement – one that can involve thousands of new campaigners won to the new case for a new world. One which presents solutions to climate change and the social ills of poverty, inequality and unemployment with one hand.

This can be a hopeful movement, that brings people together instead of looking for scapegoats. And when combined with the internationalist outlook detailed in a previous essay, we start to see not only how compelling, but, how urgent and necessary the case for independence will become, not just for us, but for future generations.