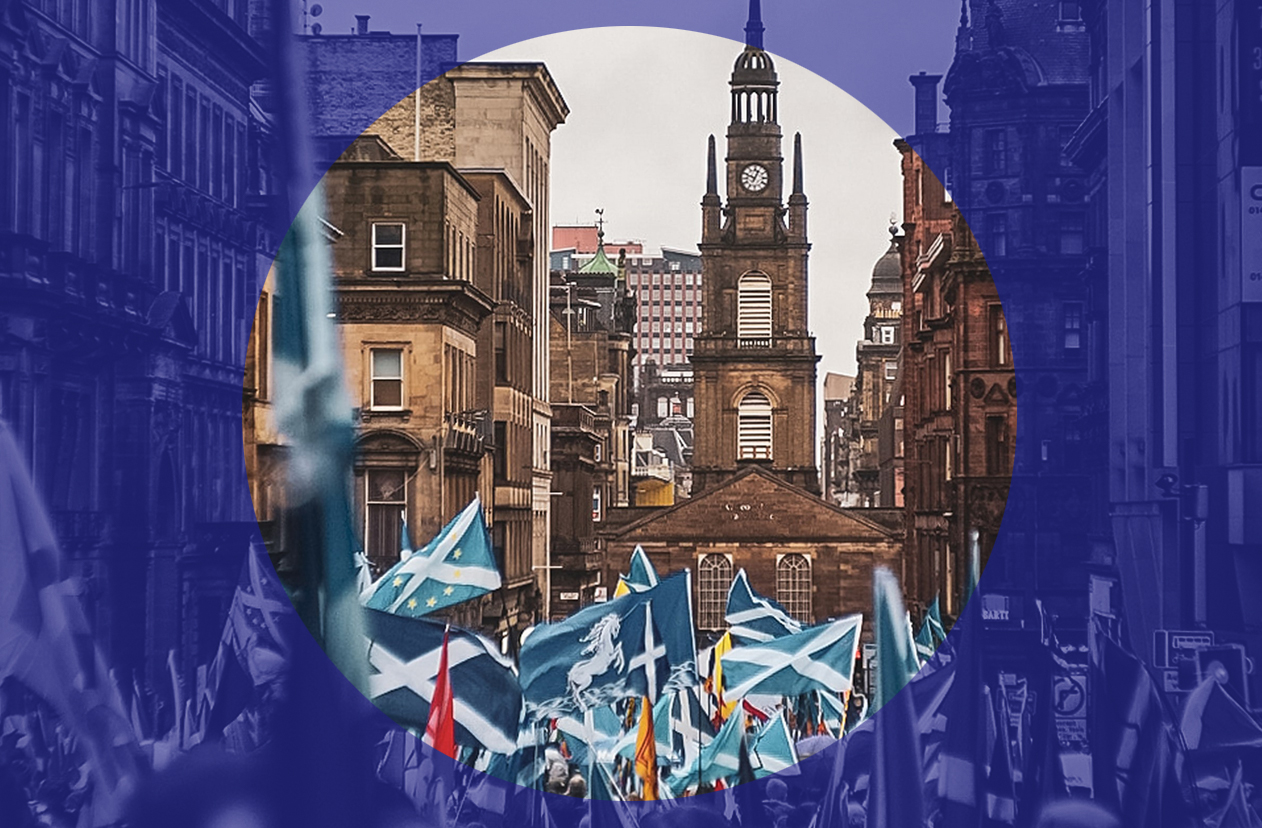 “It seems to me the best possible mechanism we have is the independence movement itself. Shouldn’t we be spending time, thought, resources and discussion on how we can build a truly visionary, popular movement of movements – one that goes beyond mere party allegiance?”

In his latest essay on the future of the Scottish independence movement, Jonathon Shafi considers the possibilities and pitfalls of a new political party

IN RECENT MONTHS, there has been increasing discussion about a new independence party.

I sympathise with this. The SNP have been timid not just on independence, but on anything approaching radical social reforms under the devolved settlement. The leadership have diverged from the primary expressions of the independence movement, such as the mass demonstrations that have been its most evident expression. The Growth Commission too was a departure form the essence of the independence movement of 2014, and to the aspirations of a large section of independence supporters. There has been little in the way of a plan for a referendum – indeed it can be claimed with much vindication that the present SNP leadership is permanently in line with the status quo. That is not what the independence cause has come to mean for a great many people. And those people deserve a political vehicle.

And yet, I cannot argue at this time in favour of setting up an independence party. I have had some hard experience of the difficulties involved in setting up a new party. I know what is required, and am sorry to say that while the political context has evolved since the 2016 elections, the resources are not yet available to make a success of a new party. It doesn’t mean it may not be required. It doesn’t mean these resources might not become available in the future. But it is important to have a clear and honest assessment of things.

In 2016, the majority of the independence movement seemed to get behind the SNP. In the years following the referendum, the SNP added another hundred thousand members. Political support from all parts of the new post-2014 coalition were enthusiastic supporters of the leadership. In setting up Rise, various political miscalculations were made, which I accounted for here in the weeks following the poor electoral results. Now, many of those who were most vociferous in their criticism of Rise standing on the list now happen to be the most in favour of a new party. That’s fair enough – politics is always changing. And there can be no doubt that the terrain has shifted.

Still, it may be worth sketching some of the things we did achieve in Rise, as a means to show how difficult it is to make an electoral breakthrough from a standing start. We had hundreds of dedicated, talented activists. We launched at a significant conference of 800 people, and receiving substantial press coverage in the days that followed. We had the support of many well-known figures in the independence movement. We had a raft of costed policies. We organised new activist circles throughout the country, including various internal wings working on various sections of society. We had a permanent press operation – and we did get press coverage regularly in mainstream media outlets. Nevertheless, we also lacked experience, money, influential enough public figures, time, internal coherence (not an easy thing to achieve), name recognition, any electoral track record and much else. All things that are requirements.

And you can’t have just one or a few of these things – you need them all. You will be going up against well-established parties who have developed routine and structure. As I write this, I’m straining because I don’t want to discourage political initiative. You will also learn, and grow. I always took the sheer energy directed at Rise, and the higher up interventions against it, as a real compliment. Clearly, this was based on a certain appreciation of our abilities. Otherwise, it could be simply ignored.

Let’s say an independence party today – purely focused on independence – were to have an easier time of it among the independence movement itself. Now that more are willing to say that the SNP leadership need a shove in the right direction, a party that aspires to represent the grassroots of the movement might receive a warmer response. Still, elections focus the mind. When it comes down to it, I suspect the SNP retain electoral hegemony over the independence movement. Not happily, not enthusiastically, but if there is one thing I know (and respect) about this movement, it is their discipline and pragmatism.

Does a new party have any of the requirements identified – from direct experience – above? I don’t see it at this time. A really substantial section of the movement – a hundred thousand people – would have to form a block behind it. That would have a chance at winning some MSPs. But the movement is fragmented. It would require figures, forces, organisations and individuals with enough social weight in the movement to drive a united, galvanised electoral force. That just doesn’t exist at the present moment.

And without that, it is very difficult to navigate towards a breakthrough. A party needs to feel like it has a chance to win mass support. This is why, very often, the policies of smaller parties are very popular, but their returns in seats less so. Elections are the single most difficult arena to break in to.

You need money – serious money. If you want mailshots to every home, well-produced broadcasts, social media advertising, paid staff (to oversee the huge amount of administration, accounting, legal liabilities and so on), paid organisers and a host of materials needed to get your message across. But this is difficult to garner without a united sense of purpose that can inspire tens of thousands of people to donate. Mistakes will happen too (I made hundreds) but these will be multiplied because new parties have less resources, and without having a record, are easily dismissed at the outset even after small errors. Just look at the history and development of the SNP itself if you want a case study.

As I say, I sympathise; Scottish politics really is in a deadlock. The SNP leadership are on the one hand politically dominant, and on the other out of step with the aspirations of much of the movement. It makes absolute sense to say that unless they feel electoral pressure, that situation will continue, and hopes of independence may well decline. We absolutely have to address these issues. But launching a new party without all of the essential items I’ve outlined in this article could even set us back, for a very simple reason: standing and failing will only entrench the worst aspects of the SNP leadership, and demoralise everyone who sees the need for pressure to be exerted on the party, lest it sink further into stagnation.

So, with all of this in mind, it seems to me the best possible mechanism we have is the independence movement itself. Shouldn’t we be spending time, thought, resources and discussion on how we can build a truly visionary, popular movement of movements – one that goes beyond mere party allegiance? In the post-Covid-19 world, isn’t that the thing that is going to be indispensable? A movement that can be genuinely reactive to the changing situation? That can amplify its demands on the leadership of the SNP, and mobilise around a progressive, democratic case for independence and grow together into a serious political challenge? That could excite a new generation of activists, and breath life into the whole movement by showing in practice that the independence cause is so much greater than any one party?

It is this that has been the focus of these essays; that new, radical, confident case that we can make together – as a movement – in the aftermath of Covid-19.

Doing this will strengthen the position of all of those who are frustrated by the present direction of the SNP. Repurposing the movement as being something more than marches, but is also present in communities, workplaces, colleges and so on, as a people’s force for change which can shift the stasis. It is about not sitting back and waiting for the SNP leadership to act, but challenging from below on a mass basis.

If there is continued hesitance and inertia in the SNP leadership, an electoral challenge can be brought about – but it has to be a really effective one, with all of the requirements needed to make it strong having a chance of being met.

Lastly, I just want to say on a personal note. Having been on the receiving end of much criticism among independence supporters, I have never once attacked the independence movement itself. SNP leaders? Sure. But never the movement. I have real faith in the ability of ordinary people to change the word; as history shows it is only ever the organisation, ingenuity and persistence of ordinary people that ever changed anything. There are debates about strategy. But maybe we can all at least agree on that – which to me is the true spirit of the modern independence movement – and move forward from there.