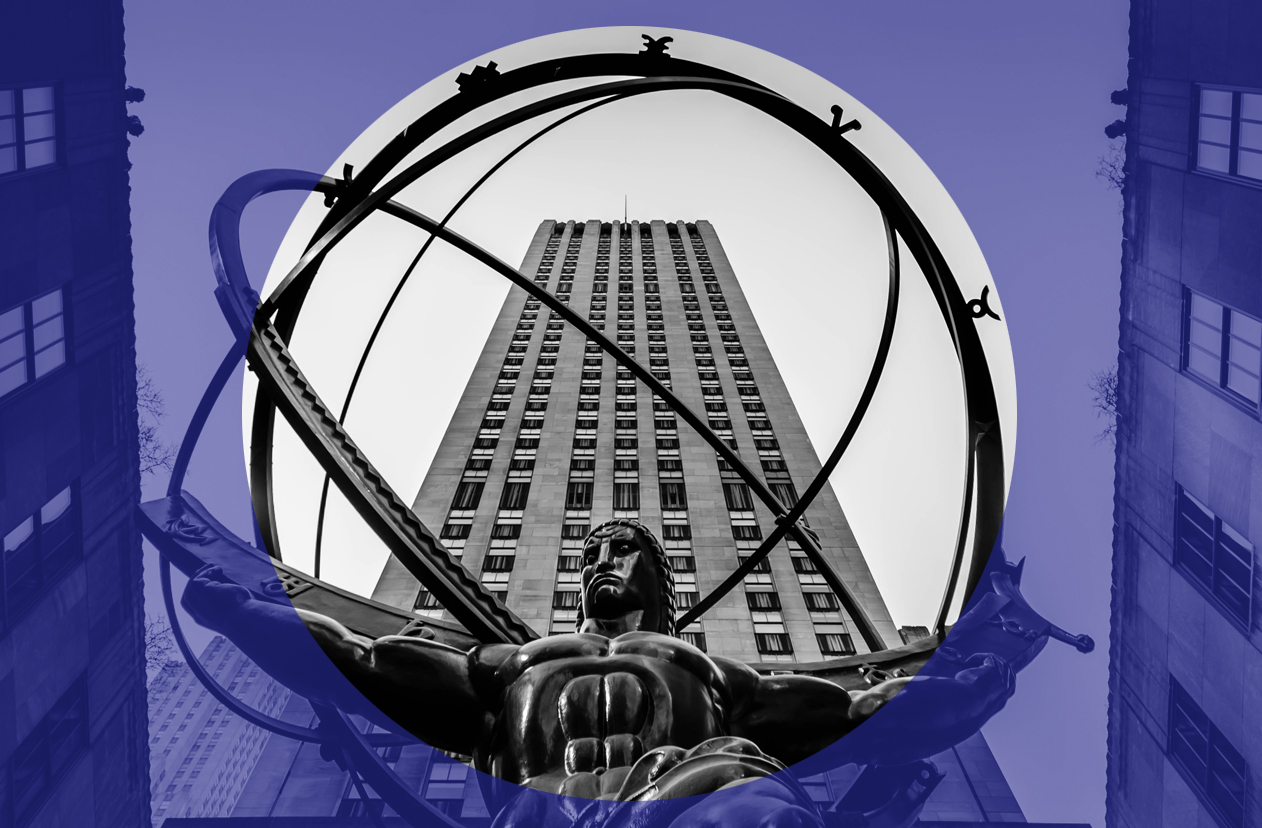 “Globalisation as it has been understood since the fall of the Soviet Union is coming to an end. The independence movement has to be ready to provide a coherent, popular and visionary platform.”

In the latest installment of his series of essays on Scottish independence in the age of Coronavirus, Jonathon Shafi argues that the indy movements needs a platform for transformation that generates stability in the era of de-globalisation.

Last week this series of essays on developing a revamped case for independence focussed on a long held position of the independence cause – nuclear disarmament. An argument that would highlight the social priorities of the independence movement, and that has been held as central in decades gone by, is in the present context even more powerful. But we will also need new approaches to the big questions now being thrown up as the virus, and the economic meltdown, grips the society.

This week we focus on globalisation, and about how the post-Coronavirus world compels us to develop a resilient, sustainable and secure future. One with a serious industrial plan, based on a generation of new green jobs. We cannot rely on global supply chains – and in any event many of these are to the detriment of the planet – and will store up larger problems in the future as climate breakdown accelerates. ‘It’s Scotland’s oil’ is not a slogan without merit, for a certain time. It denotes the use of natural resources for the benefit of the Scottish people. But in today’s world, as oil prices go negative for the first time ever, we will require less erratic foundations to our economy and society.

But before we get to the specifics of what a new Scottish economy might look like, we need to zoom out and assess the global situation. We need also, to define some terms and be clear about how Scotland might locate itself in a world where de-globalisation is gathering pace. Being opposed to a globalisation of unfettered free-market capitalism, is very different to being opposed to internationalism. Internationalism is inextricable to the progressive case for Scottish independence. A true internationalism means the pursuit of forms of global solidarity that prioritise the peoples of the world and the environment, rather than the profits of multinational corporations.

Globalisation was only a few years ago seen as a permanent, unstoppable and hegemonic force. To oppose it would not only be a minority sport, but a decidedly backwards one. Progress was to be found in the ‘global village’ of free trade zones dominating the planet, and capital roaming between borders without obstacle. Corporations moved to sources of cheaper labour, where there were looser regulations, weaker trade union organisations and less scrutiny on environmental impacts.

Workers were monitored on how many products they made as the exploitation of labour was conducted in a scientific manner. Goods were then shipped and transported to Western economies, where consumer capitalism was being held above water by cheap credit and rising personal debt. The apparently never ending flow of trainers, clothing, plastic, and tech products was met with an expanding marketing infrastructure. At the same time manufacturing jobs were lost, in the Thatcherite revolution, which was crystallised not just in the advent of New Labour, but in the EU Single Market too – where the imperatives driving corporate globalisation, specifically the primacy of capital above all else – were integrated into transnational institutions.

Resistance to this process took several forms. In 1995, France was rocked by the largest strike wave since 1968, as the government prepared a programme of austerity as a means to enter the eurozone. Across parts of the global south, labour organisers connected with the burgeoning environmental and democracy movements. Focus On The Global South also established in 1995, sought to “challenge neoliberalism, militarism and corporate globalisation while strengthening just and equitable alternatives.” Still active today, they converged with movements across the world at a groundbreaking protest against the World Trade Organisation (WTO) in Seattle in 1999, that opened the door to a series of World Social Forums discussing the impact of corporate globalisation on workers, the poor, democracy and the planet.

As Merci Andrews, said at a protest against the structural adjustment programmes (a key mechanism in the advance of corporate globalisation) instituted by the International Monetary Fund in 2000: “This has meant cuts in social expenditure, deregulation of labour and financial markets, trade liberalisation, tight monetary policy and the privatisation of state assets. Structural adjustment programmes have a strong record of not only failing to eradicate poverty, but most importantly of causing poverty themselves.”

The underlying problems with this type of globalisation were manifest. Workers in the west saw their wages decrease in real terms, and their economic and political power in the society at large fragment. The movement of capital around the globe led to deeper insecurity, and a stagnation in incomes and social mobility. Economic integration did not glue societies together, it tore them apart.

Naomi Klein, in her book ‘No Logo’ written as the world tipped into the twenty first century noted: “50,000 workers at the Yue Yen Nike Factory in China would have to work for nineteen years to earn what Nike spends on advertising in one year. Wal-Mart’s annual sales are worth 120 times more than Haiti’s entire annual budget; Disney CEO Michael Eisner earns $9,783 an hour while a Haitian worker earns 28 cents an hour; it would take a Haitian worker 16.8 years to earn Eisner’s hourly income; the $181 million in stock options Eisner exercised in 1996 is enough to take care of his 19,000 Haitian workers and their families for fourteen years.”

Fast forward less than a decade to 2008, and the world system was rocked by crisis. In the years that followed, the once fringe arguments about the limits and antagonisms within the process of globalisation were then to be found breaking through to the mainstream. As a 2019 column in the Financial Times noted: “Flows of overseas direct investment have fallen to levels not seen since the 2008 global financial crisis. Trade restrictions are rising. Genuine multinational companies – meaning those that earn at least a quarter of their revenue abroad – are less numerous and profitable than before…even those who once pushed globalisation as a force for prosperity admit that things have gone badly awry.”

A former advisor to Tony Blair, Patrick Diamond reinforces this point, and highlights the political problems that face the centrist advocates of globalisation: “Global capitalism no longer appears capable of generating broadly shared prosperity. Clinton and Blair’s refusal to confront the polarising forces of unfettered global capitalism is one of many reasons for the contemporary obsolescence of the progressive tradition.”

I disagree that it ever generated “broadly shared prosperity”, or that Blair and Clinton represent the ‘progressive tradition.’ But the point is clear. Globalisation as it has been understood since the fall of the Soviet Union is coming to an end. The effect of the Coronavirus and the possible global depression will hasten this process, as it overlaps on to pre-existing and rising geopolitical tensions. The question now is what happens next. And this is where the independence movement has to be ready to provide a coherent, popular and visionary platform.

Because the UK doesn’t have a good answer. Rather than re-orientating towards the real economy, the UK has doubled down on big finance since 2008, and is wide open to all manner of economic shocks.

Chris Deerin recently wrote in the New Statesman, as part of his challenge to independence supporters in recasting the case for independence after the virus that: “This crisis has delivered a lesson in the power of the British state and its institutions. Rishi Sunak has added something like £60bn to public spending, and another £330bn in loan guarantees to companies.’’

But this doesn’t address a more fundamental strategic weakness. As economist James Meadway pointed out in 2015, “support for financial services is the strategic choice the rest of us are forced into. It means a permanent exposure to financial shocks elsewhere, a weakened domestic economy dependent on debt creation, and the steady disintegration of the welfare state through austerity.”

And that austerity will be returned too by the Tories again in the aftermath of the virus. Indeed George Osborne, the architect of austerity 1.0, is lining up the argument for austerity 2.0 already.

There are at least three areas of concern, which in combination may generate conditions for a renewed energy for self-determination. First, the UK economy will be exposed to the continued and deep economic shocks inherent in the financial services industry they have structured the economy around. Second, they will attempt to implement new austerity. Third, they will have to negotiate Brexit in stormy economic waters. All of this under a Tory leadership that is incompetent and, in Scotland unpopular.

These elements may generate the conditions for a rise in support for independence. But only if there is a compelling alternative.

That alternative should include the following:

– As a movement the independence campaign should explicitly reject austerity 2.0.

– An economy based on financial services should be rejected, in favour of one built on an investment led strategy that will provide well paid, socially useful jobs to reconstruct our society.

– The independence case will not be able to rest on opposition to Brexit, or reliance on international institutions like the EU or the IMF. Scotland entering the EU was never going to be an easy process, and impossible under the proposals set out by the Growth Commission. The movement should advocate for a Scottish central bank and an independent currency. Had Scotland been ‘independent’ and not had this in place at the time of the virus, Scotland would have had to rely on the IMF, with all kinds of strings attached.

– Economic strategy should not be left to technocrats, but should be subject to democratic decision making and scrutiny. Workers and communities must have control instead of being at the whim of institutions and individuals who are distant and uncountable.

– Scotland should adopt a wholesale Green New Deal. That also means rejecting the current Programme for Government proposal to sell-off Scotland’s green and renewable assets to global investors. These resources should be deployed for the benefit of the people of Scotland.

– The independence movement should express its internationalist credentials through developing networks and relationships with grassroots movements in favour of economic justice, the environment and democracy across the world.

– The movement should advocate a programme of food education, and food sovereignty to ensure sustainable food security free from reliance on global food corporations. This will be especially needed as the climate breaks down, and as economic shocks threaten global supply chains. Scotland requires sustainable, ecological and healthy food supplies grown domestically.

Much else might be considered, and these themes will be explored in future essays in this series. But the essential point is that the movement develops the foresight to acknowledge that huge changes in the global situation are going to emerge, and that it has a role to play in shoring up a robust, people-first case for independence that is democratic and offers security, alongside an internationalism that goes beyond the organs of corporate globalisation.