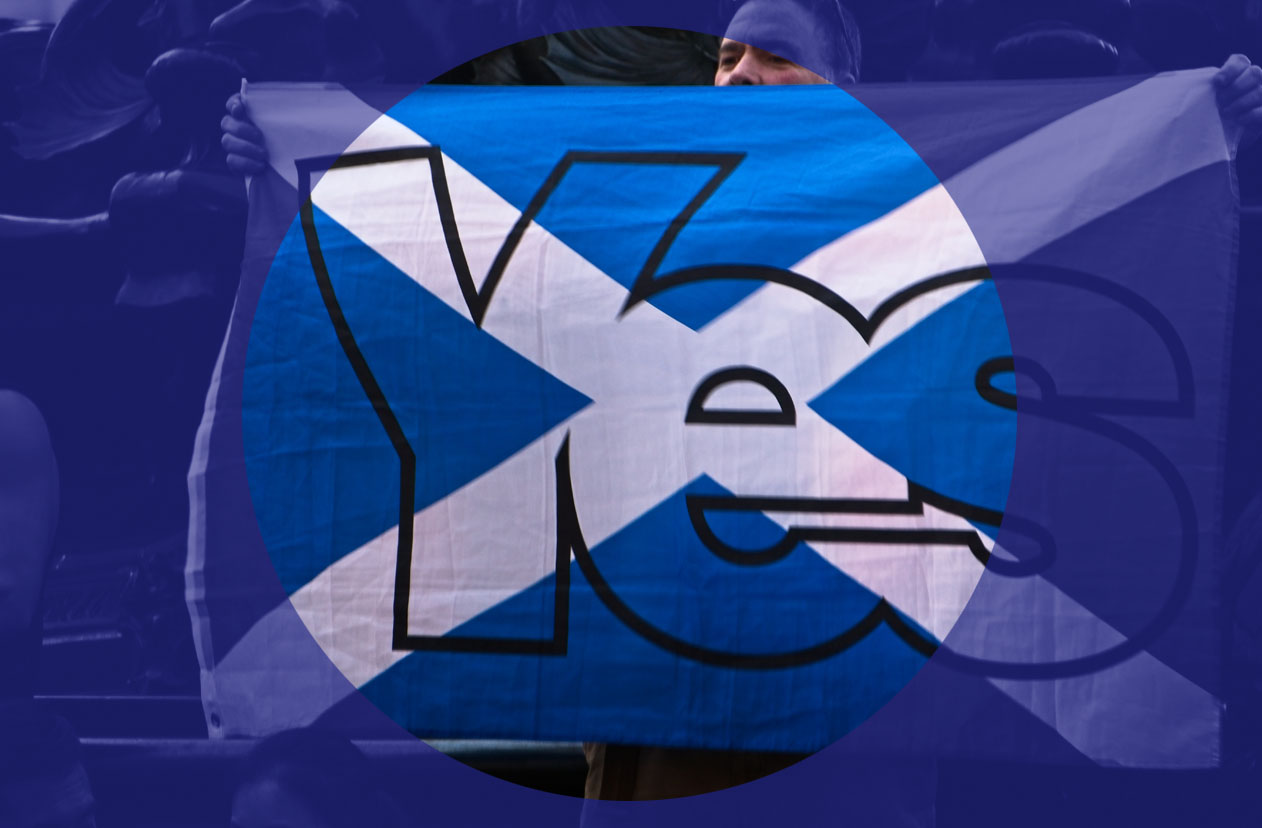 “In a word gripped by a pandemic, economic crisis, climate change and intensifying geopolitical rivalries, the whole conversation around the veracity of small, independent, self-sustaining nations will transform.”

Jonathon Shafi, co-founder of the Radical Independence Campaign, introduces his new series of regular essays on the path ahead of Scottish independence in a post-Coronavirus world

I WAS speaking to a friend recently who said, rather bluntly: “Independence is dead.”

This was not the first time I had heard such sentiments; I am sure you too may have heard – or even felt – similar. Indeed, such a feeling had emerged even before the Coronavirus. And this despite a widely reviled Tory government, Brexit and a resurgent independence movement in the form of historically large independence demonstrations and generally consistent levels of public support.

As I have detailed elsewhere, I believe there have been serious strategic failures on the part of the SNP leadership; I am hardly alone in this opinion.

So does a recognition of those arguable failures, combined with the present crisis, corroborate my friend’s assessment – that the realisation of an independent Scotland is all but finished? Might the virus not derail such a project, given the ways in which we are compelled to stand as one, since we are now as the infamous saying puts it ‘all in it together?’ Would it not be churlish and narrow minded to pursue the break-up of the British state at a time of such deep crisis?

The independence campaign has been paused, and it is not yet clear what it will look like if and when it restarts.

In a world gripped by a pandemic, economic crisis, climate change and intensifying geopolitical rivalries, the whole conversation around the veracity of small, independent, self-sustaining nations will transform. Local control will, I suspect, gain in popular support – especially as transnational institutions fail to deliver the solidarity their populations expect, and as free-market capitalism lies exposed and undermined even by the American state whose hegemonic position in the world was key in bringing about globalisation as we know it.

As the pandemic transitions into the inevitable depression it has triggered, it seems likely that the measures enacted to address the present emergency will transition into the militarisation of nation-states, as popular discontent grows and millions face the consequences of economic hardship. The nationalism of the radical right can find much support in displacing blame for the situation and seeking to justify its authoritarian responses; China is already in their crosshairs.

Nevertheless, there is also the possibility of generating new, enlightened forms of solidarity between peoples and communities. The crisis has redefined the possible, and we must keep focus on the opportunities that will emerge to build a new type of society and economy in the aftermath – one which does not regard the people under its care as expendable.

As Arundahti Roy writes of the virus:

“It has mocked immigration controls, biometrics, digital surveillance and every other kind of data analytics, and struck hardest — thus far — in the richest, most powerful nations of the world, bringing the engine of capitalism to a juddering halt. Temporarily perhaps, but at least long enough for us to examine its parts, make an assessment and decide whether we want to help fix it, or look for a better engine.”

Shouldn’t we in this process also decide how we want our country and society to look here in Scotland? The independence movement is much maligned within the establishment, yet it is the largest social movement Scotland has seen. It has a huge role to play in this process of unpatterning and rebuilding, as does the constitutional future of Scotland given the international consequences of independence and how they might overlap onto a post-Coronavirus future.

This series of essays will make two key points. First, I will argue that making the case for independence should not pause. That does not mean we are crass, unthinking, or that these arguments should be the ones that dominate our interactions. Clearly, the question at the present moment is rightly subordinate to the immediacy of the harm caused by the virus. Now is not a time for tribalism.

Nevertheless, throughout this crisis, the argument for independence must continue to be made; the question of how we respond to this pandemic, and the consequences which flow from it and the ongoing economic collapse, are linked with our ability to steer a different course to the one imposed on us by the Tories and the system they represent.

One does not need to look far for examples to prove the necessity of altering this course: the UK Government’s indulgence of a ‘herd immunity’ strategy and the resulting delay on lockdown are a direct result of the “radically individualist health doctrines within the ideological corpus of right-wing governments,” as described in a searing article by Theo Bourgeron in Le Mond Diplomatique.

And who stands for this doctrine more than Dominic Raab, now acting prime minister while Boris Johnson is in hospital, who co-authored a pamphlet calling for the NHS to be broken up while profit-making companies are permitted to compete on price with NHS providers?

Not for this first time, I will disagree with Andrew Wilson, author of the now-notorious Growth Commission report, who says of Raab standing in for Johnson: “Forget all past politics, he is a man with a very substantial life experience and capability on which we must now rely.” To put it mildly, it seems to me we could be doing with something more ambitious than this given the situation.

Over the coming weeks, I will also argue that the case for independence itself must evolve to meet the challenges of the new world that will emerge from the Coronavirus. That means a new economic approach, among a great many other things. As if it wasn’t before, the Growth Commission is now certainly redundant. We will need to move to an economic model that puts resilience and sustainability at the heart.

It also means that some of the Scottish independence movement’s core arguments – such as Trident removal – become even more salient. Isn’t it now clear that ‘national security’ as demarcated by the imperatives of the British state does nothing for human security?

We will go through these issues and much else, and start to create a compelling and inspirational new case for independence, in a world where de-globalisation is accelerating. We require a serious programme of work that will refashion the argument for independence – while retaining its fundamental principles – for the post-Coronavirus world. So there is much to do.

These essays will hopefully be a contribution towards that, and are intended to be debated openly as we move through an uncertain and surreal transformation of what we understand politics – and life – to be.