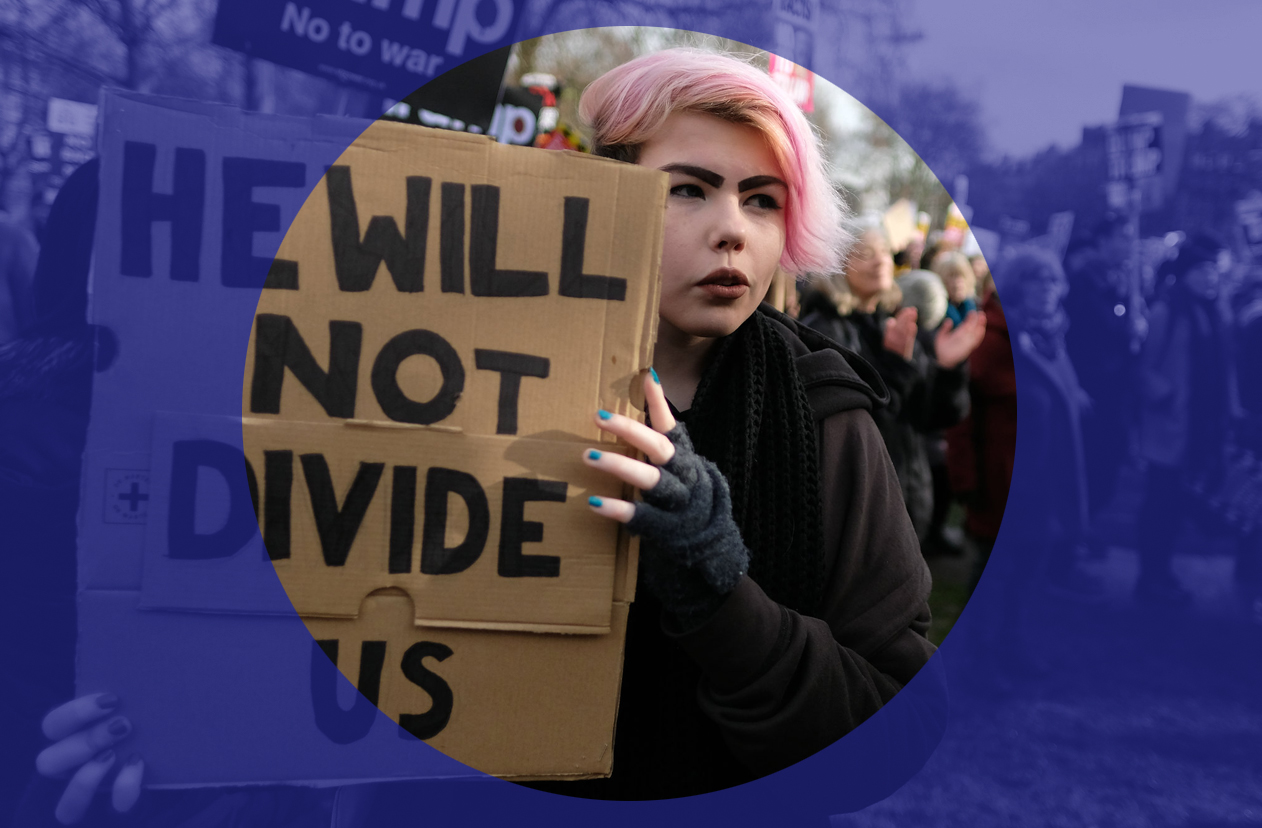 In the latest instalment of his series of essays on Scottish independence in the age of Coronavirus, Jonathon Shafi argues that anti-racism was and remains central to the politics of the indy movement, but must be re-invigorated for the new challenges upon us. I was reading recently about the ways in which Coronavirus impacts black […]

In the latest instalment of his series of essays on Scottish independence in the age of Coronavirus, Jonathon Shafi argues that anti-racism was and remains central to the politics of the indy movement, but must be re-invigorated for the new challenges upon us.

I was reading recently about the ways in which Coronavirus impacts black people disproportionately in America, for reasons of poverty, access to health care and racial discrimination. Racism in American society runs deep. So it follows too, that black people have also been arrested for circumventing lockdown rules. Indeed, in Brooklyn, of the 40 people arrested for social distancing violations, 35 were black. It reminded me of a podcast I tuned into at the onset of the virus, in which the presenters discussed the cover such a crisis could provide for further institutional racism in the American police force. The gun toting Trump fanatics who descended on the Michigan state house as part of an anti-lockdown protest vividly illustrate the racial divide in the context of Covid-19.

Then we have Trump himself, who alongside his media supporters and figures in the American right have sought to place blame for the crisis onto China. His attitude towards reporters of Chinese dissent, has been clear for all to see. And this of course is what he wants: for everyone to see exactly who he is blaming – and who should pay for the economic destruction. Asian Americans have reported surging hate crimes as a consequence. Then, of course, the need for border security during a pandemic has also fed into the ‘build a wall’ discourse, which seeks to displace blame onto immigrants for the failure of the system to deliver for the American working class.

None of this is new. The rising tide of right-wing nationalism can be seen to stretch into Europe, and into the UK. Discontent with the outcomes of corporate globalisation, about which I wrote a previous essay, has energised movements of the radical right. Since the last economic crisis of 2008, the working class in their totality have been hammered, while the richest in society saw their wealth grow. Little wonder then that the scapegoating of immigrants also ratcheted up. Divide and rule is now an age old policy, indeed it was central to the development of the very concept of racial difference in the first place, as a method of control and decoy.

This propaganda came on the back of the widespread demonisation of Muslims during the ‘war on terror.’ So much so that it laid the foundations for the far-right to utilise islamophobia as the primary gateway to their wider politics. The infamous ‘Muslim ban’ on flights entering the US deployed by Trump during his election campaign was tightly connected to the broad attack on Muslims as a result of military expansion and war, most particularly in Iraq and Afghanistan. In this, latter day opponents of the radical right in the liberal centre – those who followed Tony Blair –  played a central role in making anti-Muslim racism part of the social and political architecture, via their support for the ‘war on terror.’

Austerity, economic crises, the scapegoating of migrants, Islamophobia and so on produced shocks to the political system, with the forces of the radical right often exerting leadership. Brexit reflected this soup of concerns, allied to a deeply felt alienation from formal politics. ‘Nationalist populism’ also expressed itself through the French National Front, Salvini in Italy, the AfD in Germany, and Vox in Spain. Nationalism has been seen as the means to resist globalisation. It contains a democratic element, but at the direct expense of the racialised other.

In the post-Coronavirus world, this process can intensify. Economic destruction can be fertile ground for doubling down on racism. And it also becomes an even more important weapon to be brandished by wider sections of the establishment at large, as demands for wider and deeper systemic change arise out of economic despair. In this context an enemy must be found – and it can’t be capitalism. Nationalism will be a central player in what happens as the virus recedes and we are left with economic devastation. Let me underline at this point, as I have previously written, that viewing transnational organs of corporate globalisation as being potential saviours, and shields, from this is a dead end. These institutions themselves bear responsibility for the present inequities and discontent and have constructed themselves as unreformable. New ones will be needed.

Within this framework I want to now cut sharply to Scotland. Because Scotland is in quite a unique situation. Everything that follows from here on, should be read while bearing in mind that Scotland has its own problems with racism, deeply rooted in the structures of Scottish capitalism going back to the country’s role in the slave trade. The dewy eyed civic-nationalism that depicts the country as entirely welcoming, tolerant and free from racism is of course a fallacy. You can read much more about this here.

With that said, the movement for Scottish independence has not taken on the racism present in other national movements. The democratic impulse that has run through the movement is not a discriminatory one. And the roots of the modern independence movement are located in opposition to austerity, to war, to Trident, etc. It is organically oppositional to British imperialism, and as such is proud to assert itself as oppositional to the racism that British nationalism generates. It does not seek to heap the blame for the poverty that scars Scotland onto immigrants. Instead it proposes that poverty and inequality stems from the political choices made at Westminster – by Tory governments that the electorate don’t vote for, or New Labour governments who sold them out long ago.

The BBC, unionist commentariat and Scottish Labour never understood the true character of the independence movement. This was a movement energised by the possibility of social and economic transformation, with class-based concerns at its heart. The hundreds of thousands of Scots who became activists and organisers in 2014 were not in-fact driven by muscular nationalism, but came to it as a means to resist the Tories, oppose spending on nuclear weapons over public services (which I devote an essay to here) and build a new and socially just Scotland. We need to recapture this spirit in the aftermath of the virus: focusing on social transformation for everyone who lives here, without racial discrimination or prejudice.  With a positive agenda, we can broaden the appeal of the movement and re-animate the kind of visionary approach we took on in 2014 for the new context – so that we can go beyond demonstrations (important as they are) towards new local groups, and new national interventions.

I am writing as a mixed race, Scottish-Pakistani, and have felt at home in every arena of the independence movement. But as we move forward, into the post-Coronavirus word – tensions will fray. All kinds of racist sentiment can grow and we should not be complacent in assuming that Scotland is immune. Far from blowing in the wind, the independence movement can – as we revamp our case to reflect the new world we are emerging into – restate and underline its anti-racism.

And we can do that in ways which hugely expands support for independence – if it is carried out in an intentional, non-tokenistic manner. Let’s display not only our opposition to racism, but our solidarity for each other. Let’s actively stand up for refugees and migrants. Let us build a sense of unity in our communities as we strive to create a new democracy that is inclusive of all. The opposite of what we see in America or Britain. The independence movement has a duty to stand up to racism and scapegoating as the economic crisis grips hold of society. We should be proud to do so.