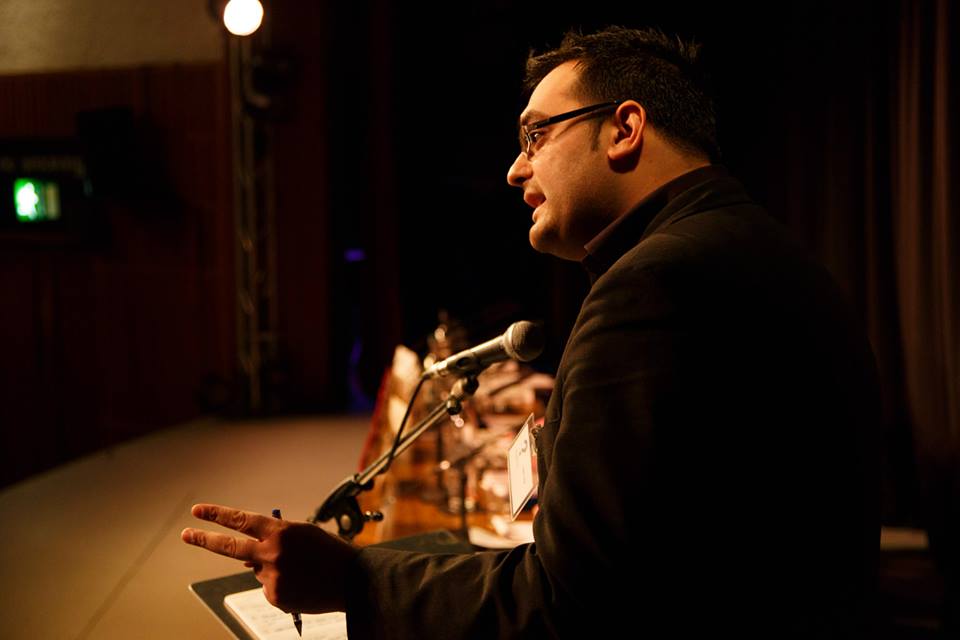 RADICAL INDEPENDENCE CAMPAIGN (RIC) co-founder Jonathon Shafi has warned that the far right is pulling ahead in the race to define the politics of the 21st century.

Speaking today (28 January) at a Glasgow University conference organised jointly by RIC and Global Justice Now Scotland (GJN), Shafi warned that the left’s control over the anti-globalisation cause, established during the global movement against the World Trade Organisation (WTO) and other institutions in the early years of the century, had been largely eclipsed by new movements looking to re-assert nationalism and bring about a more coercive corporate social order.

This new mood was exemplified, he said, by the election of US President Donald Trump, but also by figures including UK Prime Minister Theresa May and former UKIP leader Nigel Farage.

“If corporations accept this, feel ‘we can work with these guys’, we are facing a new era of ‘punitive neo-liberalism’” Jonathon Shafi

Addressing a session on strategies for tackling corporate power, Shafi, who attended many of the mobilisations and international ‘Social Forum’s’ in the early 2000s, said that the right were “well ahead” of the left in creating support for their ideology.

“The original anti-globalisation movement was built almost entirely by organisations and movements of the left.

“The narrative of opposition to corporate power has changed enormously in the last 15-20 years, for the worse.

“Since the 2008 global financial crisis, the game has changed and not in our favour.”

He said that far-right strategists, particularly key Trump advisor and former Brietbart editor Steve Bannon, would seek to resolve the crisis of the global social order by asserting an ultra-conservative and nationalist ethos.

Shafi said: “The new far right has combined a critique of globalised capitalism with a world view based on identity and nationalism.

Join the resistance: How the anti-Trump generation can fight back in Scotland

“Trump wants to provoke a culture war, and draw out his constituency from the population.”

This new order, he told the Glasgow conference, convened to explore and challenge corporate power, could be acceptable to the major players in the economy.

“If corporations accept this, feel ‘we can work with these guys’, we are facing a new era of ‘punitive neo-liberalism’”, he argued

This would combine a version of free market economics with a rejection of many of the social freedoms often associated with it.

In order to counter this, the left and social movements would need to reconstruct a new programme for social change, based on a new understanding of “liberty”, and a democratic re-organisation of society, he argued.

Another speaker, Patti Kydd of the London activists group Switched On London, said that she thought that the right was “actually very weak” but that this was obscured by a corresponding and greater weakness in the centre left.

Anti-Trump protests organiser: “This has to be the start of an international movement”

The comments come after May’s visit to meet Trump yesterday (Friday 28 January), which caused outrage when the UK prime minister espoused ideological closeness to the new administration, which cam e to power after running the most aggressively rightwing campaign in living memory; targeting Muslims, immigrants, and women among other social groups.

The Trump administration has said it is considering an official state visit to the UK, though it has not released any details, sparking calls for mass protest.