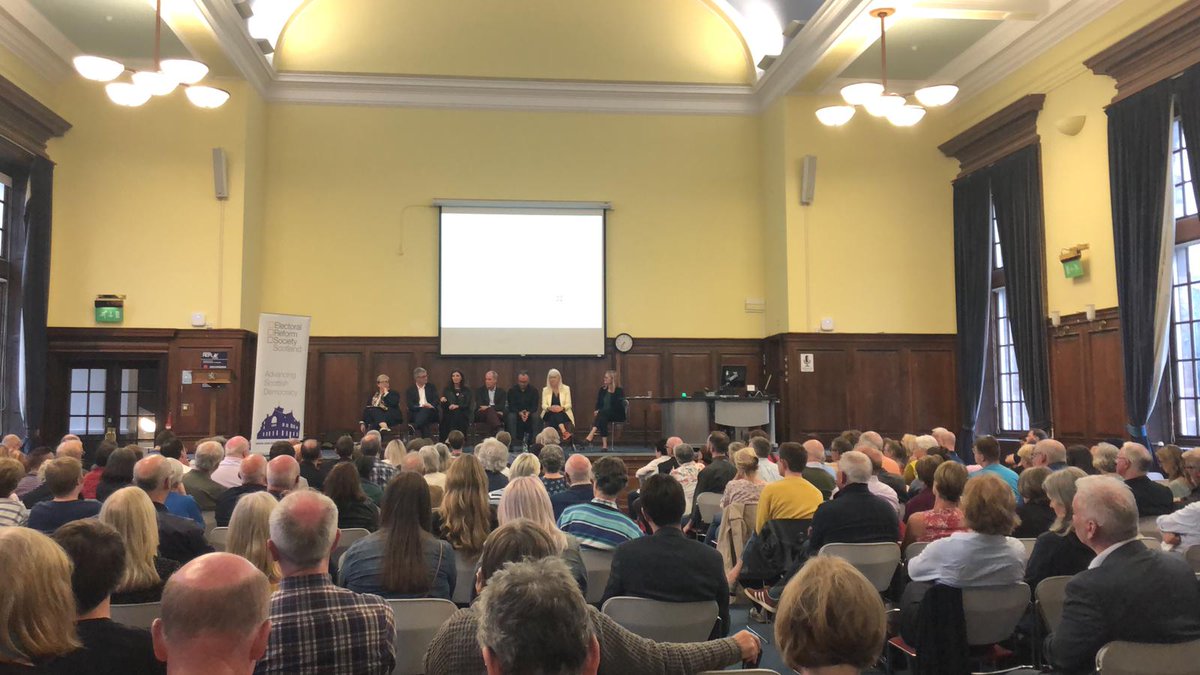 Josiah Mortimer, writer and spokesperson for the Electoral Reform Society, says a public debate held earlier this week on the Citizens’ Assembly of Scotland, set to be launched in October, revealed the wide-ranging best practice there is to draw on in making citizens’ assemblies a success

HOW do you ensure the recently-announced Citizens’ Assembly of Scotland is open and transparent, while protecting the participants from hostility and excess lobbying? How do you ensure it is independent of government – but also that it has the profile and impact that being linked to government gives? These are some of the questions being discussed ahead of the assembly’s planned launch this October.

Attendees at an Electoral Reform Society roundtable discussion on the plans in Edinburgh this week heard examples from the Irish citizens’ assembly in 2016. That assembly sought openness and transparency, through publishing all the documentation and briefings both received and produced by the participants. The process was live streamed, but the ‘small table’ discussions were mostly kept free from camera intrusion. It was seen as important not to have too much ‘glare’ on the participants – instead giving a flavour of what the process looked like.

There is also the question of trust. The Irish process had a respected chair and respected experts  – much like in Scotland, with the involvement of David Martin and Dr Oliver Escobar. Of course, it was not perfect – participants were not paid, meaning there was a relatively high drop-out rate (73 of the 99 participants turned up to the first Irish citizens’ assembly meeting, and those who dropped out were replaced).

READ MORE: Democracy experts welcome plans for @ScotGov Citizens’ Assembly but say ‘devil will be in the detail’

“The expenses regime is so important for people on low incomes who will be getting there from distant parts of Scotland,” one speaker noted: “You need carrots.” One member said being part of the assembly itself felt like “winning the lottery”. In Canada’s citizens’ assembly, turnout was reportedly around 97 per cent throughout, a similar figure to the (non-government backed) Citizens’ Assembly on Brexit in the UK, showing that if you treat people well, they show up.

Issues of representation will come up, too. The Scottish citizens’ assembly is taking account of several ‘protected’ characteristics under the Equality Act, but it can be tricky to ensure representation of all groups. However, with 100+ people, there will be scope in Scotland’s assembly for real diversity.

With any unique approach to democracy, getting the wider public and media to understand it outside of the lens of party politics is always going to be a struggle. As one participant noted: “Those not in the room don’t know what an assembly is like, all those in the room think it’s fantastic.” There is however growing interest in the idea of citizens’ assemblies here in the UK. Key to its success may be showing the stories, through broadcast media. Having a spokesperson who is different to the chair and facilitators could give a strong voice to the process as a confident champion of ‘deliberative’ democracy.

Also vital will be engaging the wider public through actual participation. Some citizens’ assemblies have allowed digital engagement, including the one in Ireland, which allowed public submissions on different topics.

There may be a lot of topics to cover. How do you assess a wide range of issues (as the Scottish assembly may have to grapple with), while ensuring deep and informed discussion? In Canada, assembly members had a long time to engage with each topic, while in Ireland, the abortion debate took up the majority of the assembly’s time. It will be up to the co-chairs and members themselves in Scotland to decide what to prioritise.

As a project that is in the public eye, organisers will have a duty of care to assembly members: how do you protect them from abuse on polarised issues? In Ireland, participants were asked not to talk about it on social media, which may have helped reduce that risk. Members’ names were published, and perhaps surprisingly, no one opted out of this. In the end, little abuse was reported.

In Ireland, it is worth noting that lobby groups who targeted individual assembly members were told they’d be excluded from public engagement efforts. If the process is government backed (as it was in Ireland and Scotland) there is arguably an incentive for lobbying. But there is also an opportunity for a more prominent, vibrant public debate.

Another balance to be struck is how to engage the media without members being focused on as individuals. Outlets may be tempted to portray assemblies through the ‘old binaries’ of party politics. One participant noted that: “The media will come and go, but we have to stick to our own integrity” – pointing out that this is about the democratic process, not personalities.

Finally, there’s the question of ensuring a fair spread of opinions among members, particularly on constitutional questions. How do you achieve that without quizzing potential members on their views? And doesn’t that approach fall into the trap of seeing politics as fixed and ‘black and white’. Members in Ireland weren’t polled on their views at the start – even on the topic of abortion: it was viewed that this could have undermined the process from the get go. Instead, we can recognise that voters’ views are often nuanced, changing or uncertain – and that’s no bad thing.

There are many ways of holding a citizens’ assembly. Thankfully, there’s plenty of experience and evidence already on good practice, which the Citizens’ Assembly of Scotland can and will draw on.