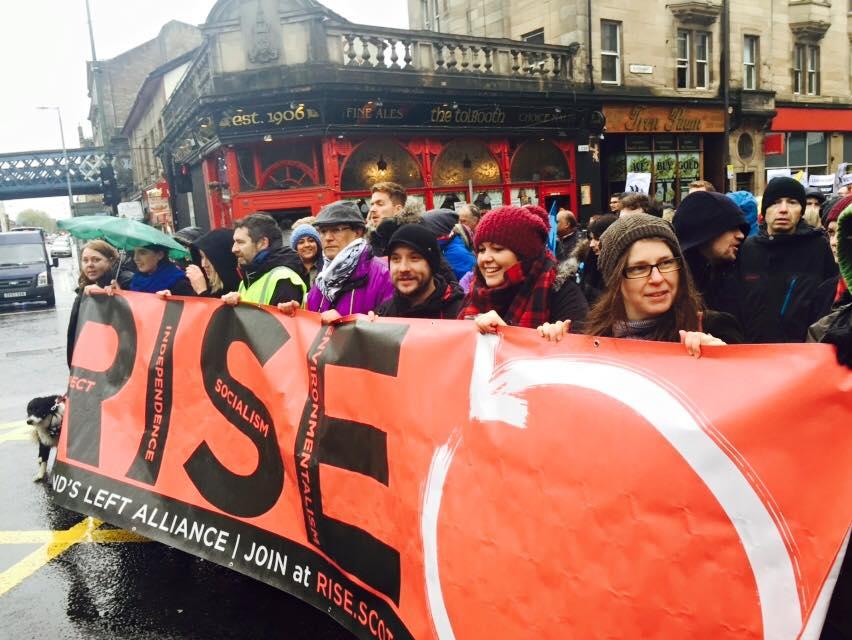 JOURNALIST Jamie Maxwell will head-up the Rise electoral alliance media strategy for the 2016 Scottish elections, the socialist outfit has announced.

Maxwell has contributed to a range of publications including the New Statesman, the Sunday Herald, the National and the Sunday Mail. He is the editor of ‘The Case for Leftwing Nationalism’, a collection of articles by his late father Stephen Maxwell and the co-editor of ‘Old Nations, Auld Enemies, New Times’ a collection of work by new left theorist of Scottish nationalism Tom Nairn.

Maxwell was one of the first journalists to work with the new pro-independence newspaper in Scotland, The National.

Commenting on the appointment Maxwell said: “I’m delighted to join the Rise press team ahead of the May elections. Emerging out of the referendum, Rise represents a massive step forward for the pro-independence left in Scotland.

“In its opposition to austerity and its grassroots, activist origins, it bears comparison with popular leftwing movements in Spain, Greece and Catalonia.

“Rise has the potential to shake-up what could otherwise be a dull election debate. We are going to run a provocative, irreverent and eye-catching campaign.”

Maxwell is known to be well steeped in the history of the progressive-independence movement through his political work and family.

Jamie Maxwell’s father Stephen Maxwell was the director of the Yes Campaign in Scotland’s 1979 devolution referendum and a leading theorist in the SNP’s one time socialist faction the 79 Group, which counted Alex Salmond, Margo McDonald and Kenny MacAskill among their number.

Rise National Organiser Jonathon Shafi said: “We are really pleased to be taking Jamie on to boost our media team. As we develop our campaign we are continually strengthening our organisation to meet the challenges the next few months will bring.

As a new political formation we have to go the extra mile to ensure our media presence is consistent and that we are shaping the debate. Jamie will be a huge addition to those efforts.”

The new electoral formation had its first membership based policy and structures conference in December 2015.