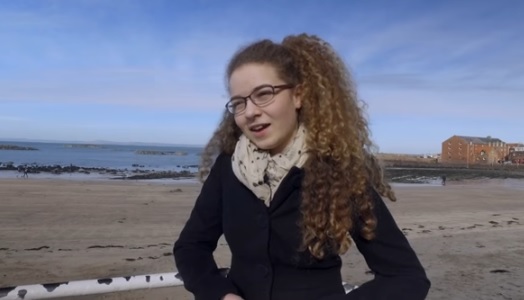 ERIN from Gullane explains why she’s be voting Yes in the next Scottish independence referendum in the latest of a series from Phantom Power Films.

Unlike UK General Elections and Brexit, 16 and 17 year olds were empowered with a vote in the Scottish independence referendum. Erin was 13 at the time and was still too young to participate but would have voted No.

Erin found herself caught up in the post-indyref fightback and became an active member of the SNP Youth movement. She represents a new generation of politically aware young activists who demand greater representation in Scottish politics.

In the film, Erin talks about aspects of the youth vote in Scotland, opportunities, barriers and how vital it is that young people engage in decisions that will shape their own future. Erin will be 16 this September and is voting Yes at the next independence referendum.