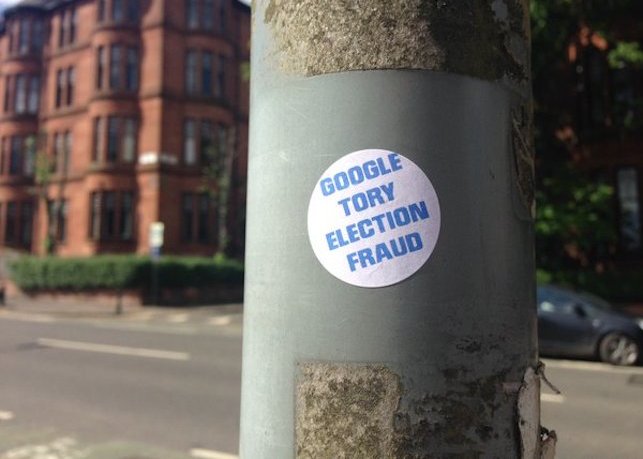 KENT POLICE WILL CONTINUE investigations into evidence of Tory election fraud after a judge ruled that the case is “wholly exceptional” with the potential to lead to fresh elections.

District Judge Barron made the explosive remark after the Conservative Party tried to dismiss claims that it has broken electoral law through a failure to declare a range of election expenditure, and thereby exceeding legal spending limits.

Barron’s remarks are compounded by damning claims from the Electoral Commission, who in evidence to the court added that the ‘Tory election fraud’ scandal is “unprecedented” in its scale.

Twelve police forces across England are investigating evidence of Tory electoral misconducts relating to  26 MPs. The Tory majority in parliament is just 12, meaning that a spate of by-elections would threaten the future of the government.

In his summary in court Barron said: “In my judgment the combination of circumstances before me is wholly exceptional and goes far beyond the usual circumstances that would exist in a typical case where election offences are being investigated."

“In this case the allegations are far reaching and the consequences of a conviction would be of a local and national significance with the potential for election results being declared void.”

Channel 4 News has led media investigations on the issue, which activists argue has been ignored by many journalists in the mainstream media.

‘@LabourEoin’, one campaigner who has sought to highlight the issue, has been providing regular updates on the saga.

This included linking to the evidence provided to the court by the Electoral Commission, which raised serious concerns over the scale and nature of the allegations.

“The scale of these matters is unprecedented,” the body’s evidence stated.

“These allegations go to [the] very heart of our democracy.”

The Scottish National Party have called on Prime Minister David Cameron to be questioned by police over the investigations.