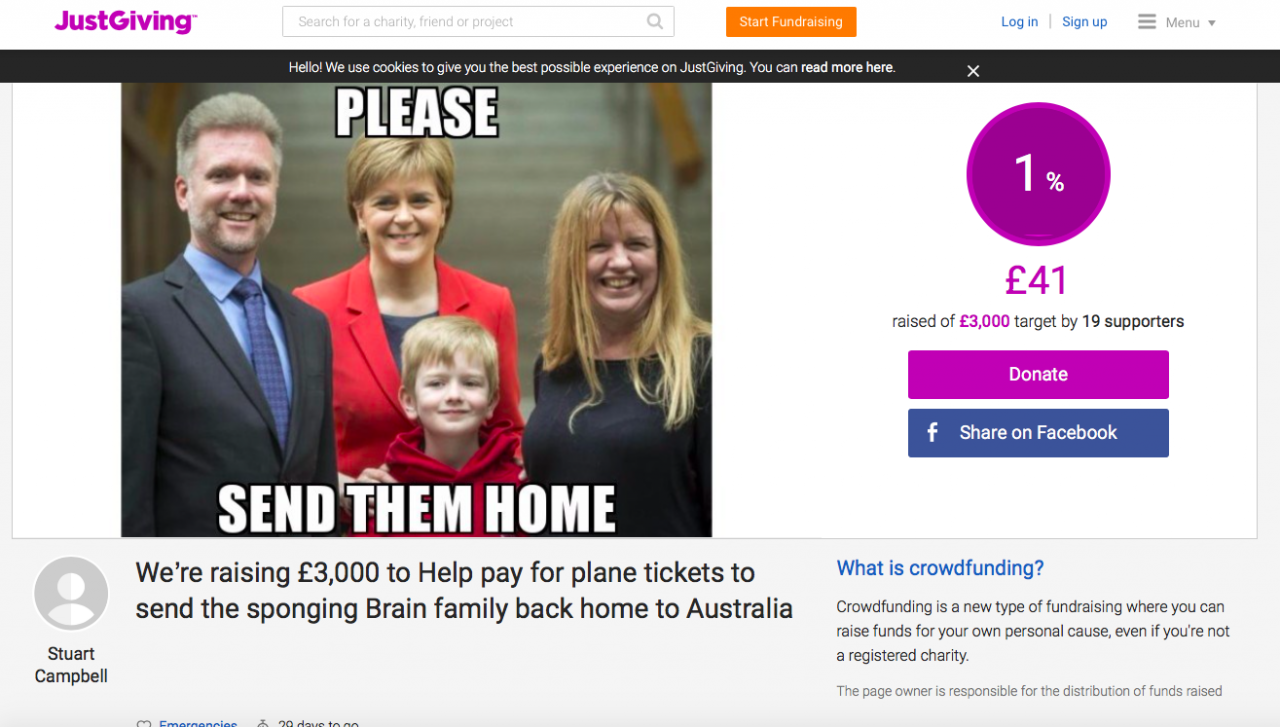 JUST GIVING has removed a spoof page set up to raise money to send a family previously facing deportation from Scotland “home”.

The charity fundraising site told CommonSpace that a page set up to pay for plane tickets for the Brain family to return to Australia would be taken down from the site as it breeched service terms.

The page was launched late last night by someone claiming to be called Stuart Campbell.

“There have not been complaints about the page but it is going to be closed as it violates our terms of service.” Just Giving

A spokesman for Just Giving said: “There have not been complaints about the page but it is going to be closed as it violates our terms of service.

A statement from the page said: “The Brain family need desperately to be send back to Australia. Your generosity can help fund plane tickets to achieve this.

“Let’s face it, a few quid now is better than them receiving more and more of your tax money in the long run.”

The page also called the family “spongers” and called them the “SNP poster family”. 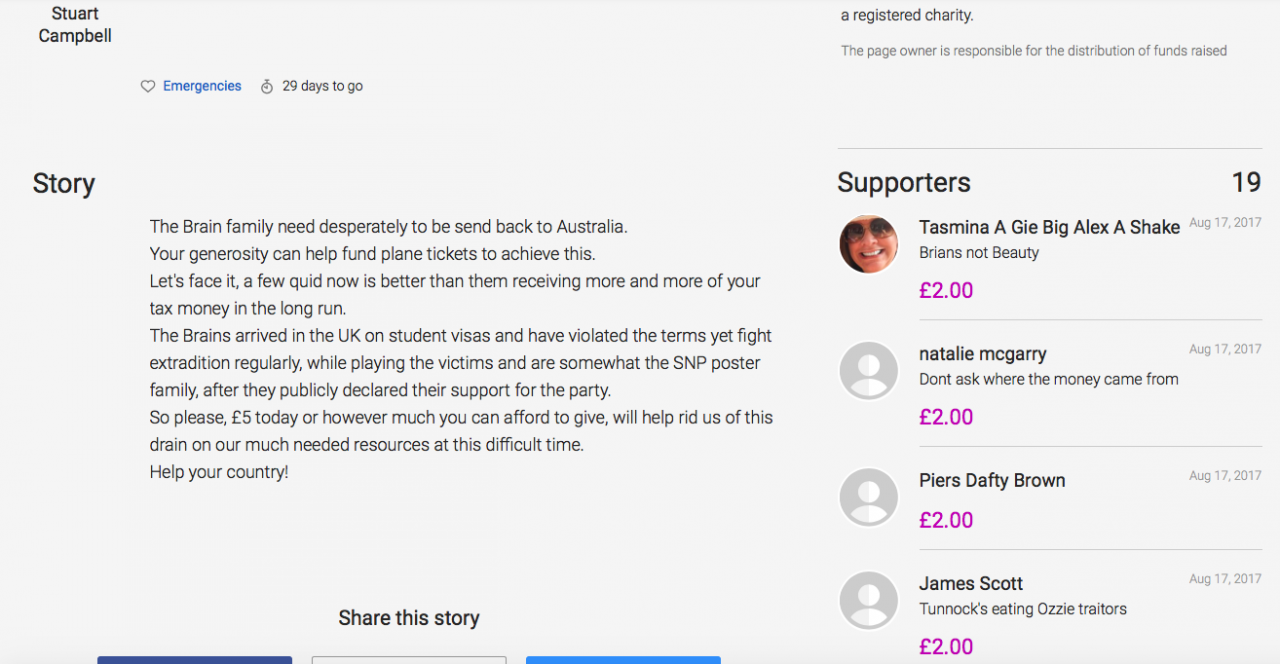 Donations had reached £41 of the £3,000 target, coming from people using pseudonyms aimed at mocking members of the Scottish independence movement.

A man called George Mciver posted “Can they stay if they open a lamb Curry outlet?” on the page. Another poster wrote: “They can swim can’t they?” 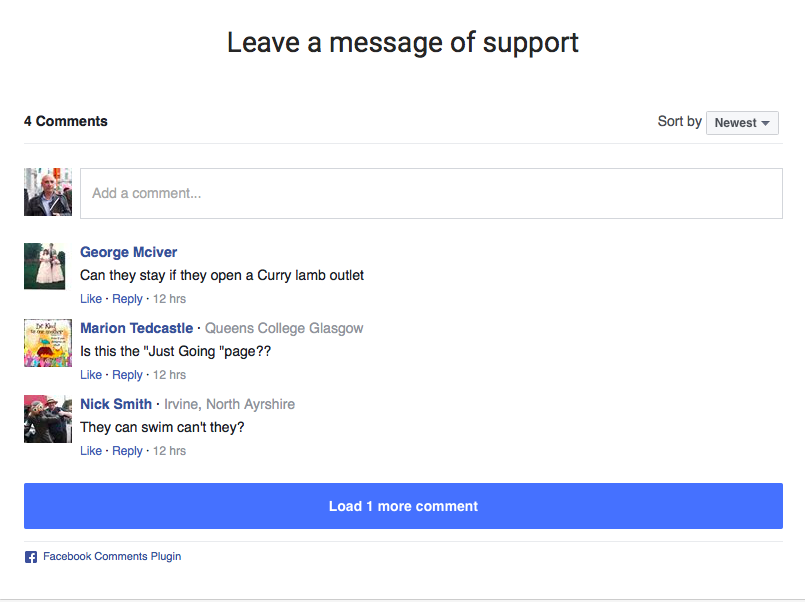 The Brain family arrived in Scotland in June 2011 after Kathryn Brain was granted a student visa in 2010 for herself, her husband and son, intending to move on to a post-study work visa when that expired.

Her post-study work visa was scrapped in 2012 and from there the family had various applications to remain in the UK rejected by the Home Office.

“We have always been clear with the Brain family that if a suitable job offer was received an application to remain in the UK would be considered.” Home Office

The family was eventually allowed to stay in Scotland when Kathryn secured a job as a museum curator and historian with Macdonald Hotels in Aviemore.

Speaking to the BBC last September, a Home Office spokesperson said: “We have always been clear with the Brain family that if a suitable job offer was received an application to remain in the UK would be considered.

“We gave them a number of extensions on an exceptional basis to allow them to try to secure a job that would allow them to meet the Immigration Rules.

“Mrs Brain was subsequently offered a job with a hotel group.

“This has been considered and we are satisfied that it meets the conditions for a Tier 2 visa. Today we have written to Mrs Brain and confirmed that she and her family have been granted leave to remain in the UK.”