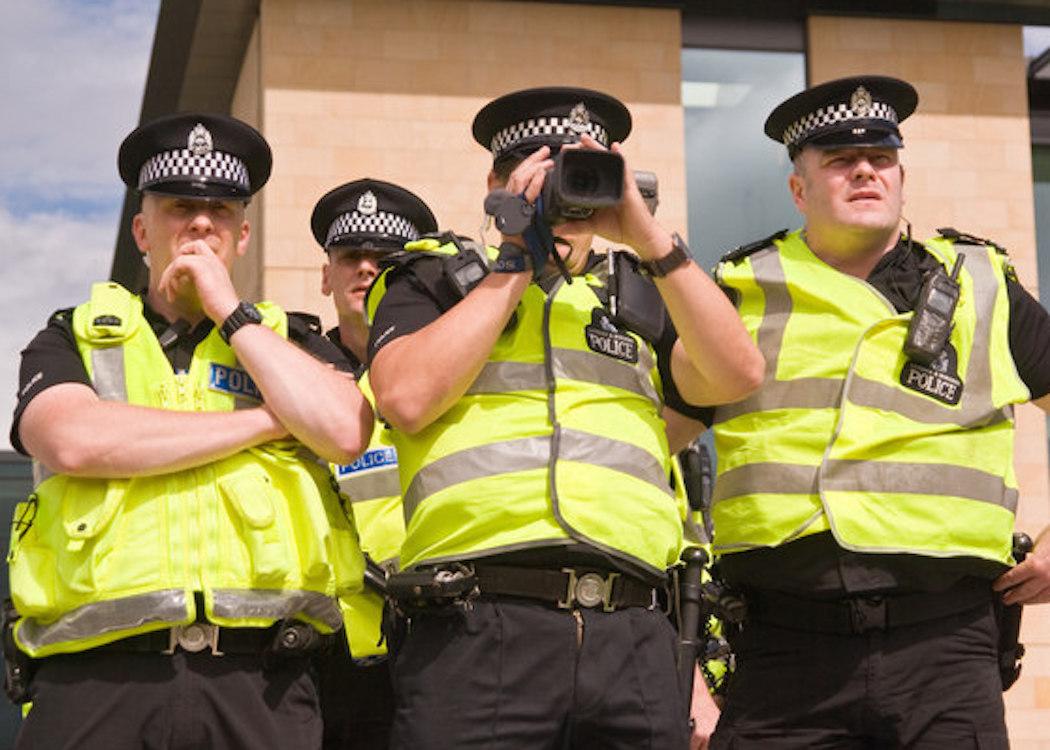 MSPs questioned the minister on the revelations around both interception of journalists’ communications, and covert surveillance of activists, but Matheson said the two issues are different.

Asked by Labour’s Neil Findlay why no there are no plans for a Scottish inquiry into allegations that undercover police spied on activists for years, Matheson replied that it is a reserved matter – and a historic one.

The issue relates to ongoing revelations of covert surveillance of activists in Scotland as well as across the UK, some of the cases stretching back decades.

The news has prompted calls for an inquiry to match that recently launched in England and Wales, repeated by Findlay in Holyrood today.

Because policing is devolved to the Scottish Government, the remit of the ‘Pitchford’ Inquiry excludes any covert practices that took place in Scotland.

But in parliament today Matheson rejected calls for such an inquiry on the basis that it does not relate to the powers of the Scottish Government.

The debate moved on but Findlay later told Commonspace: “The Cabinet Secretary claims that I have not substantiated these allegations, when over a week ago I and around 10 other MSPs including Labour, Green and Independents, wrote to him with specific allegations about the activities of undercover officers operating in Scotland.”

Referring to the Pitchford Inquiry, Findlay added: “We’re now in the situation where the only people who don’t have access to information about things that happened to them or potential access to justice though an inquiry are Scots and that’s completely unacceptable. The Scottish Government has power and ability to have an independent inquiry alongside Pitchford but is denying that opportunity.”

A Scottish Government spokesperson said: “The Office of Surveillance Commissioners has never raised an issue, either directly with Scottish Ministers or through Police Scotland, regarding any allegations relating to the activity of undercover officers and there are already strong safeguards are in place regarding these practices in Scotland.

“We will, however, carefully consider the conclusions of the Pitchford Inquiry and, if there are measures over and above these safeguards which could sensibly be delivered in Scotland, we will discuss with Police Scotland and other interested parties how they might best be implemented.”

The issue of covert surveillance against activists has been raised in parliamentary debate before. On 11 November Matheson stated that “there is no reason why people in Scotland could not make representations to the Pitchfork investigation”.

The Green’s Patrick Harvie responded: “An individual can hardly make a complaint about activity if they do not know that it is happening.”

Harvie referenced the 2009 audiotape evidence of Strathclyde Police trying to bribe a protestor for information and claiming they had hundreds of informants in activist networks.

On 29 November the Sunday Herald stated that up to five undercover police officers had been identified as infiltrating anti-poverty and environmental campaign groups during the G8 protests in 2005.

It was followed by new claims in The Herald which showed that First Minister Nicola Sturgeon had known months ago of the allegations around journalists having been spied on by a Police Scotland corruption unit. She did not comment at the time due to an ongoing investigation.