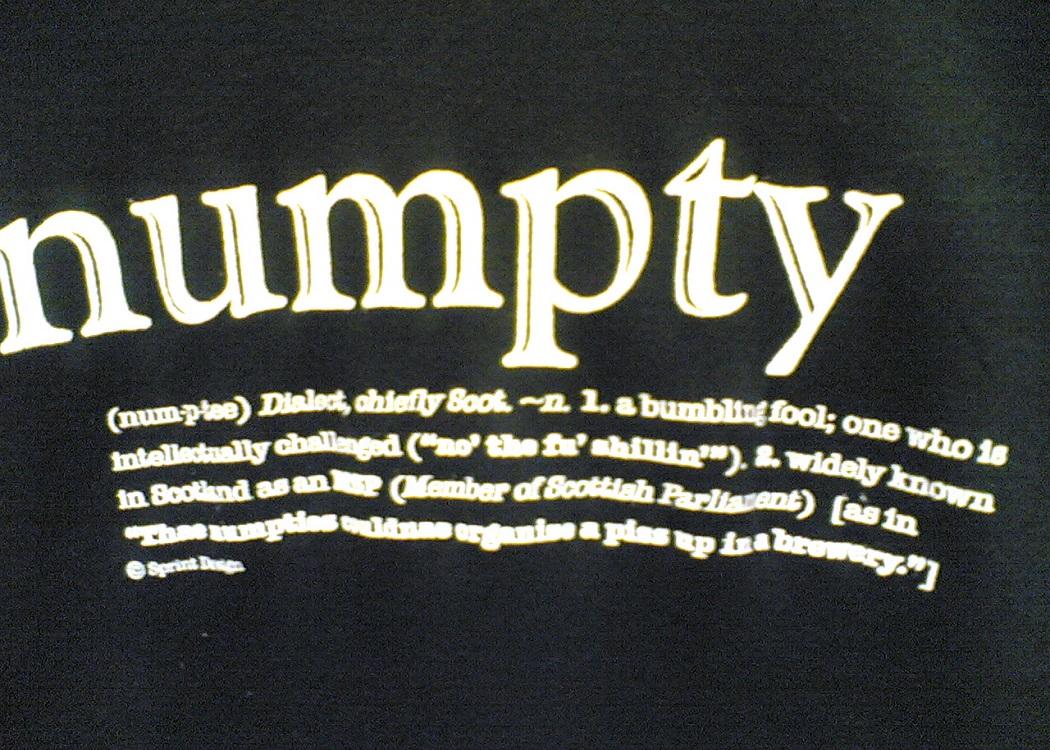 IF the Eskimo-Aleut languages have copious variations on the word snow because of the ubiquity of the stuff in the arctic regions, what does this say about our own vernacular?

And we’ve no problems in expressing our general disgust when something’s boggin, clatty, gantin, hoachin, loupin, maukit, minging, boufin, howlin, honkin or if it quite simply, geez ye the dry boak.

In Scotland, we have a special affection fur wer words.

And smirning, dreich or drookit, there’s no doubting the healthy Scottish weather, which can scunner even the most optimistic in June.

In Scotland, we have a special affection fur wer words.

They’re the intimate reminders of stern grannies contending with a gaggle of weans on a Sunday afternoon, hollering to ‘get yer glaikit bahookie outtae the scullery’, with a proffer of a skelp for all resistors.

They’re in the playground politics of our youth where wee stunners and plookie dreeps were geein it laldy or looking dour at the school disco; always vying furra winch, a lumber or a nip; and where humour was confined to the globally profound rebuttal of ‘yer maw’.

And they’re a source of wonder for visitors who dare to delve into the diversity of Scottish vernacular — you don’t know laughter until you’ve heard an American philosophising over the question we’ve all contended with at some point: what really is the difference between a jobby and a toley?

Short of describing a nation of drunk and dirty bams as we’re so prone to, they’re also where a verifiably Scottish sense of humour abounds.

The combination of long, flat vowels and guttural fricatives, gurgling around yer mouth, dense and thick and unrelenting, were made to be smothered in laughter. The hard clicks of a k, glottal stops of ts, the revelling of a rolled r, and the satisfying onomatopoeiac dg and sh are the motley parts to the whole of a Scottish dialectal rhythm.

Language is the foundation of culture. It is how we remember our past, and where we innovate for our future. It is the grounding for a community; the intangible connection between the singular, neurological spark to the shared, collective experience of our world.

Butterfly Rammy is a celebration of this community, and the words that make it so. A different show dedicated to a different word each day; it’s a chance to examine and poke fun at these anchors of the modern and diverse culture in Scotland together.

Which of our words do you think suit this past year in Scotland? Scunnered by the referendum result? Excited about causing a fair stramash in Westminster? Or getting the drouth for the next big win?

Get involved and geez yer words for this year in Scotland’s politics — or will you be hawdin yer wheesht?