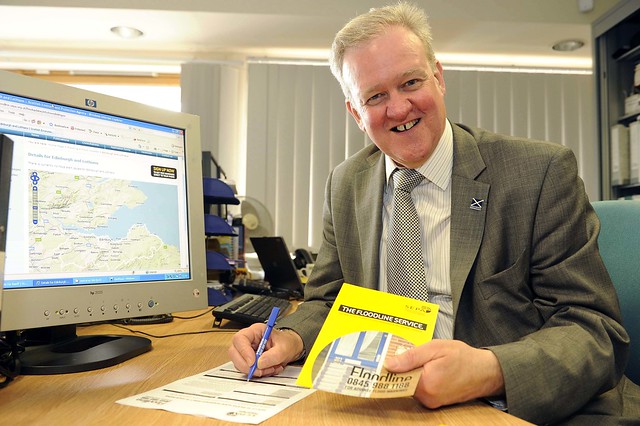 Dr Keith Baker, co-founder of the Energy Policy Research initiative, says that if the SNP is to back up its “climate emergency” statement with serious substance, then former climate minister Stewart Stevenson MSP’s carbon offsetting proposals must be rejected outright

WHAT is the price of one tonne of carbon?

This is a question I ask my students as part of lecturing on carbon accounting, and the answer is simple – it depends who you ask. Whilst the methods we use for calculating the amount of greenhouse gas emissions we produce are based on highly robust scientific evidence and international standards, the economic and social values we place on those emissions are highly subjective, and market-based valuations are inevitably the lowest.

If you’re a company paying for trees to be planted to offset your emissions in the UK then you can expect to pay a mere £2 to £3 per tonne of carbon dioxide-equivalent (tCO2e). Or if your business is in aviation then this’ll rise to around £7 to £8, or if you’re in energy then since 2013 the Treasury has set a minimum floor price of £16 per tCO2e, rising to £30 in 2020.

READ MORE: Scott Leatham: To end the reign of the climate delayer we need to re-write our contract with nature

However, if you’re wanting to offset emissions by investing in carbon capture and storage (CCS) you’re looking at paying £52 to £77 per tonne; or if you want to pay for householders to reduce their energy use, then insulating enough lofts to save one tonne of carbon will cost you anywhere between around £3,625 to £5,750 (based on EST figures for the UK).

If you’re a policy maker, you can also tweak the books (as the UK does) by using production-based accounting, which means you can assume the emissions costs of your imported products are the same as those produced domestically, as opposed to consumption-based accounting which does account for the difference but would blow your emissions targets out of the water in the time it takes to change a few numbers in a spreadsheet.

It is important to note that doesn’t mean that those extra emissions aren’t lost from international inventories, they just become offset as someone else’s responsibility, and often someone poorer than you.

It’s no surprise that carbon offsetting is frequently dubbed ‘paying for your sins’, because the biblical allusion is apt – offsetting is a moral and ethical issue. The science tells us how much of something we need to do to offset a tonne of carbon, and the impacts of emitting it, but the costs of doing it are entirely human constructs, and choosing (or not) to take full responsibility for our greenhouse gas emissions is an issue for our consciences.

Yet despite the SNP declaring a “climate emergency” they are not backing those words up with the substance needed to justify them, with former SNP climate minister Stewart Stevenson MSP appearing on Scotland Tonight one day after Nicola Sturgeon’s declaration to give a botched pro-carbon speech that leaned heavily on offsetting.

Asked about the Scottish Government’s policy of halving Air Passenger Duty (yet to be implemented), Stevenson said: “I think the important point is we are not going to stop emissions, what we have to do is mitigate and offset emissions by other activities. I’m breathing carbon dioxide in this studio tonight, we have to offset that and all that’s associated with it.”

This move would be guaranteed to lead to a haemorrhaging of support from those who have generally been supportive of their environmental policies, including those who will hold their nose and vote for a pro-independence party over, or in the absence of, a greener and more ethical alternative.