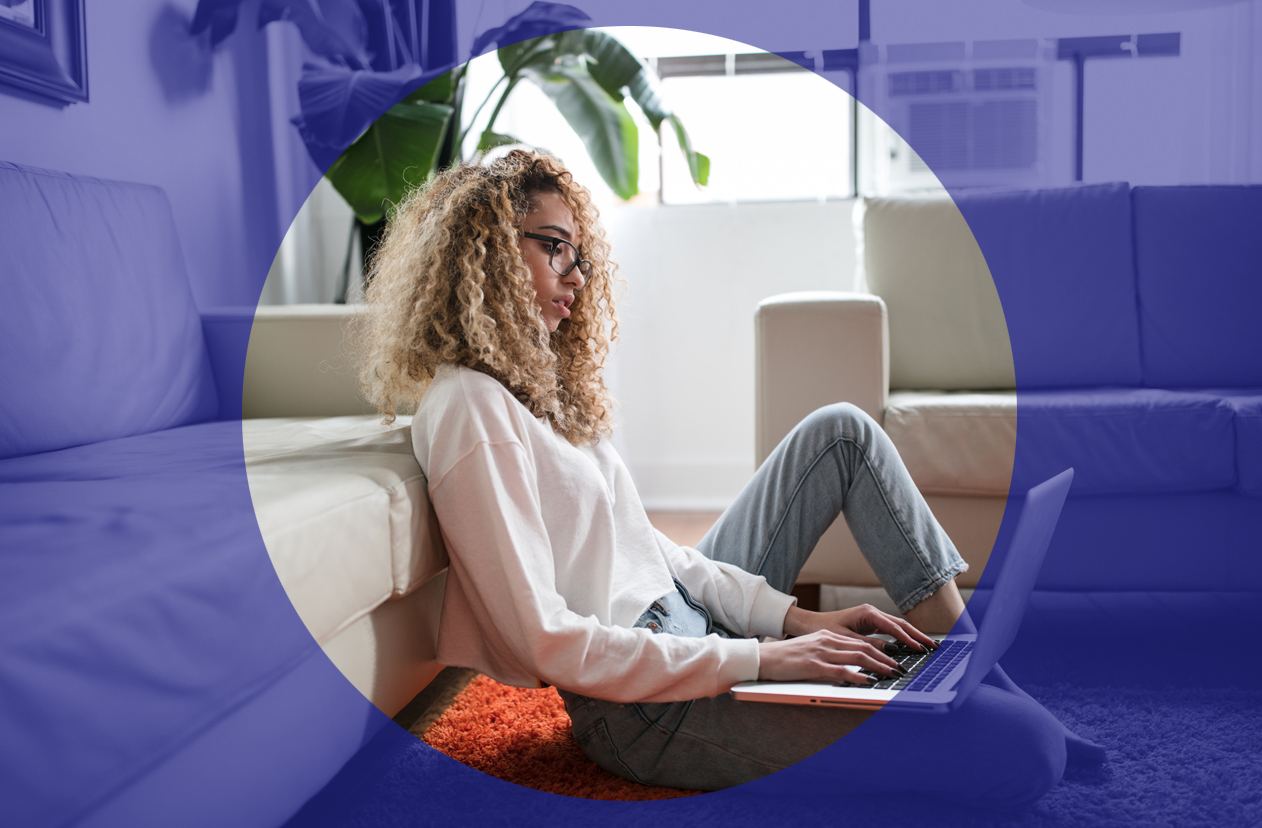 “Let’s raise a toast to all those new homeworkers who have kept our country going since lockdown started, let’s reward them by making it a legal right to do what they have been doing throughout this crisis.”

MY PARTNER and I have a new lockdown game. For the time being, we live on a bus route and have been keeping an eye on the number of people using them, to which we’ve now added the rule of checking how many passengers are wearing facemasks. Needless to say – and hopefully this isn’t a reflection on the ability of the residents of Musselburgh to follow simple instructions – the ratio of mask wearers to non-mask wearers has rarely exceeded 50 percent; not even close on most buses.

Based on a more limited sample size, complied from walking the dogs on a route that takes us past the station and one essential trip into Edinburgh, compliance on trains has been much better but still far from universal. Then there’s the question of whether the rule requires people to wear masks at stations – the answer to which, based on our snapshot of those using Edinburgh Waverley, seems to be ‘no’.

So, assuming these observations aren’t complete anomalies, why are we seeing a low level of compliance? The answers to this are presumably many and varied. We can point to factors including the ‘Cummings effect’; genuine health reasons such as being asthmatic, as well as psychosomatic discomfort and anxiety from having to cover two orifices that nature did not intend us to wilfully obstruct; the knowledge that the primary purpose of facemasks is to prevent the infected from infecting others, amplified amongst those who think they’ve already had it and recovered; and our cultural tendency to snub our noses at any regulations we see as overly-authoritarian. And then, we have those who, for whatever reason, don’t really understand what’s going on.

Whatever the answers, the fact is that we are going to be living with social distancing and wearing facemasks for a good time to come, and the greatest risks of infection will occur anywhere we are forced into close contact with others – on public transport, at transport hubs, in shops, and, for those unable to work from home, in our places of work.

However, employers have been getting mixed messages from the Scottish Government as to whether and when those who have been successfully working from home should be returning to their offices without, it seems, much in the way of consideration for the practicalities of how they might get there without either putting themselves and others at unnecessary risk by using public transport, or by adding to the government’s problem of failing to meet its emissions reduction targets by using private cars. Of course, cycling is an option for some, but that may be tempered by the distances many of us commute, along with poor health, the practicalities of storing bikes in tenements, and the sheer insanity of cycling in some cities are all barriers (and I say the latter as a formerly committed cyclist who abandoned pedal power soon after moving to Edinburgh).

As for Boris’s latest gimmick of permitting rented e-scooters, a recent study by researchers at Carolina State University found that their mooted environmental credentials simply don’t add up. Yes, in terms of operational emissions they are greener than fossil fuel-powered cars, but the study found that, as well as having significant lifecycle impacts, they tend to be used for short journeys in place of the more environmentally friendly alternatives of walking, cycling, or using public transport.

Additionally, there’s the question of whose job it should be to police mask wearing. ScotRail staff are not responsible, and drivers for Lothian Buses claim the rule is ‘unenforceable’; so unless the already stretched Police Scotland and the British Transport Police are provided with substantially more resources, we are being left with the assumption that it’s up to the public to self-police the rule, to which I can only say good luck on that one.

Thanks to the now infamous alleged cover up of the Nike conference in Edinburgh, we have already seen how easily one infected individual can transmit the virus, and we know the greatest danger comes from those who are asymptomatic. So surely, the emphasis should be on reducing the risks by minimising the number and types of instances where people are compelled to come into close contact with each other?

Psychologists have found that positive emotions broaden an individual’s momentary thought-action repertoire, which may well explain the difference in behaviour between those returning to the pubs over England’s big reopening weekend compared to the chaotic scenes on the London underground when employers were allowed to ‘encourage’ their employees to return to their workplaces. Or, to put it another way, you’re less likely to break the rules if you’re taking a bus to the pub than you are if you’re taking one to work.

In this new world, forcing people into close proximity with each other throws up any number of possibilities where one person’s level of risk-adversity can lead to conflict by rubbing up against another’s. So even if, like me, you tend towards the less risk-adverse end of the spectrum, the potential for conflict is still a powerful motivator for staying at home.

Of course, you may well have heard the message that employers should ease the socially-distanced congestion by staggering the hours and days that staff come into work; let’s just unpack that for a moment.

First of all, who would get to decide which staff are at work in individual companies and organisations at whatever times? It follows that those who have children and no one able to care for them at home will want to claim the hours and days that fit around their schooling and childcare. However, allowing that would end up discriminating against those with older children and those who are child-free, so that’s a non-starter. But if the idea were to be a practical one, we’re not just talking about scheduling within one employer; we’d be asking all employers to coordinate with each other to even the flows of commuters out over each day and week, and no doubt some employers would make the case that their businesses depend on their staff being at work during normal core hours. It’s almost as if whoever came up with this suggestion didn’t think it through properly.

But the problems with this masked return to work don’t end there. As we encourage people to venture out of their homes, much more needs to be done to discourage people from using disposable face masks. At least on our trip through Waverley, these were being handed out like sweeties. According to a team at University College London, if everyone in the UK were to use one single-use facemask a day it would add 66,000 tonnes of contaminated plastic to our waste stream and, whilst many people will have no other option but to dump them in with domestic waste, they are legally classed as hazardous waste and should be sent to an incinerator, waste to energy plant, or to hazardous waste landfills, which are lined to prevent groundwater becoming contaminated. As things stand, significant numbers of facemasks are likely to end up adding to the massive amounts of plastic that pollute our seas and oceans, which has led Laurent Lombard of the French non-profit group Opération Mer Propre to warn that the Mediterranean Sea may soon contain more facemasks than jellyfish.

Yet there is a simple solution to all this that both Holyrood and Westminster have stopped shy of implementing – make homeworking a right. The Scottish Government already encourages flexible working for its own staff, and lockdown has now proven to many employers that their staff are not only entirely capable of working from home, but also that they prefer it and, as companies operating in the highly competitive world of IT and technology already know, having happier and more productive employees is good for PR and staff retention.

Obviously that’s not to say that all jobs can now be done remotely or that all staff will want to work from home. But going forward, it would be very simple to introduce legislation that would require all employers to allow flexible and remote working as standard unless either the nature of a job prevents it or they can provide clear evidence that an employee has not carried out their contractual duties to an acceptable standard away from their place of work. That simple legislation could and should be introduced now, and would mean that large numbers of those currently working from home would be able to do so permanently, if they so wish.

We’ve had the clapping for our carers and the long-overdue recognition that supermarket staff, delivery drivers, telecoms engineers, and all the other employees who have been bravely carrying on as usual are essential workers whose efforts we depend on to retain a functioning society. But where’s the praise for all those other workers who have been keeping on keeping on from home? And before anyone thinks I’m looking for a pat on the back, I’m not talking about those of us who were working from home before lockdown. I’m talking about the teachers, lecturers and their support staff who have had to adapt to providing educational services online; the solicitors, lawyers and accountants who have kept the legal system going; the call centre staff taking calls at home; the engineers, architects, and other skilled technical workers who have been busy working remotely; the restaurant staff who have been offering home deliveries of pre-prepared food and donating meals to key workers and those in need; the social workers who have carried on putting their clients’ needs first as best they can; and all the other employees who have successfully adapted to this new world and won’t be adding to the looming bill to cover the costs of the furlough scheme.

That’s not to denigrate the plight of those on furlough who have good cause to worry that they won’t have jobs to go back to – and kudos to those in that group who have seen the writing on the wall and have been spending their time looking for new jobs or even starting them on the quiet – but for those without that worry there are far worse things than being made to take a few months off on 80 per cent or more of your salary.

Let’s raise a toast to all those new homeworkers who have kept our country going since lockdown started, and reward them by making it a legal right to do what they have been doing throughout this crisis.