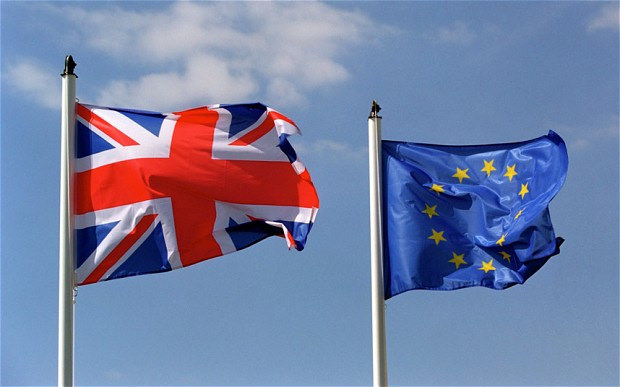 Ken Ferguson, editor of the Scottish Socialist Voice, outlines his view of what approach socialists in Scotland should take towards Brexit now

ABOUT to face a firing squad after a frame up trial  in 1915 legendary US union activist Joe Hill cooly told his comrades “Don’t mourn – organise”.

In many ways that sound advice from a century ago could serve to spotlight why the Scottish Socialist Voice Forum in Edinburgh at the end of the month on the topic ‘Brexit: How can working people benefit from leaving the European Union?’ has been organised.

Brexit has dominated political debate for two years now yet it is still largely a debate conducted at the level of elites representing business interests with hardly a mention, beyond sound bites, about a ‘jobs first’ Brexit for the needs of working people.

The aim of the Forum is to help change this and that is why we have assembled a panel of speakers who will offer both analysis of the topic and direct experience of active struggle for change.

Before looking at this in more detail it might be useful to set out the views of the Voice on Brexit and the EU.

The SSP, whose paper we are the voice of, supported a “reluctant Remain” vote in 2016 seeing – rightly as it has turned out – that Brexit would be a project dominated by the union jack waving Right from the sinister clown Boris Johnston to the thinly veiled racism of Farage.

To borrow a phrase from James Connolly, Brexit has become ‘a festival of reaction”.

However, unlike parties such as the SNP and Greens who portray the EU as largely a source of progressive democratic politics, the Voice takes a much more critical stance on the central core of the EU which is based around neoliberal policies.

At its heart is the right of capital to move freely and under the guise of “competition” restrictions on state aid to industry and enforced tendering and so called “liberalisation” (in reality, privatisation of services).

Enshrined in law, including the Lisbon treaty, it is this pro business agenda which dominates policy, with the rights of the population presented largely as “consumers” rather than citizens and workers.

The question however, which is the key topic for the Forum, is what are socialists and the broad labour movement to do about it and how does the  coming of Brexit impact on this task?

That’s why we are looking forward to hearing the views of Scottish RMT organiser Gordon Martin whose members at at Calmac have been subjected to tendering of their services and jobs by both Labour and SNP governments, supposedly to meet the demands of the EU.

And of course the RMT are also to the fore on the key issue of public ownership of both Scotland’s railways and Northlink ferries. Again we look forward to hearing how leaving behind the EU’s anti-state ownership stance can clear away some of the obstacles to such demands.

Of course key to any policy development aimed at changing life for the better for the working class majority has to be an understanding of the economic challenges likely to flow from Brexit.

The contribution of leading economist Margaret Cuthbert on this central question will surely not only offer a picture of the likely post Brexit Scottish economy but hopefully stimulate discussion on how we shape policy in response.

For example what scope might we have for state intervention in key sectors such as the developing green energy technologies where the trade union campaign against climate change has estimated that one million skilled jobs could be created across the UK.

Such an approach could be an important first step towards reshaping our economy away from a relentless drive for profit and towards developing an economy based on meeting the needs of both people and planet.

DIEM 25 ,the formation inspired by former Greek finance minister Yanis Varoufakis , who raise the slogan that “Another Europe is Possible”, firmly putting the point of view of remaining within the EU in order to change it into a progressive organisation, will set out their perspective on this approach.

Norwegian writer, trade unionist and activist Asbjorn Wahl is one of the most original thinkers on the topic of the thirty year disaster represented by neo liberalism across Europe.

He has written on and campaigned against the subsequent austerity, casualisation , service cuts and privatisation. He is a trenchant critic of the role played in this process both by the EU and social democratic parties such as PASOK in Greece, PSOE in Spain and indeed New Labour here.

He argues the need for new political formations and alliances on the left to rebuild the purchase of the left and labour movement as an essential step to breaking the power, in the saddle for the last 30 years , of the business elite and the consequences of wages, jobs cuts and austerity that lies all around us.

In organising this event the Scottish Socialist Voice hopes we can all take some steps towards developing a politics both national and international which can embark on the hard task of creating a society at the service of people and planet not a greedy global elite.

Scottish Socialist Voice Forum on Brexit 10am to 2pm on Saturday 28th April at the Eric Liddell Centre in Edinburgh. Tickets are free and available via Event Brite.