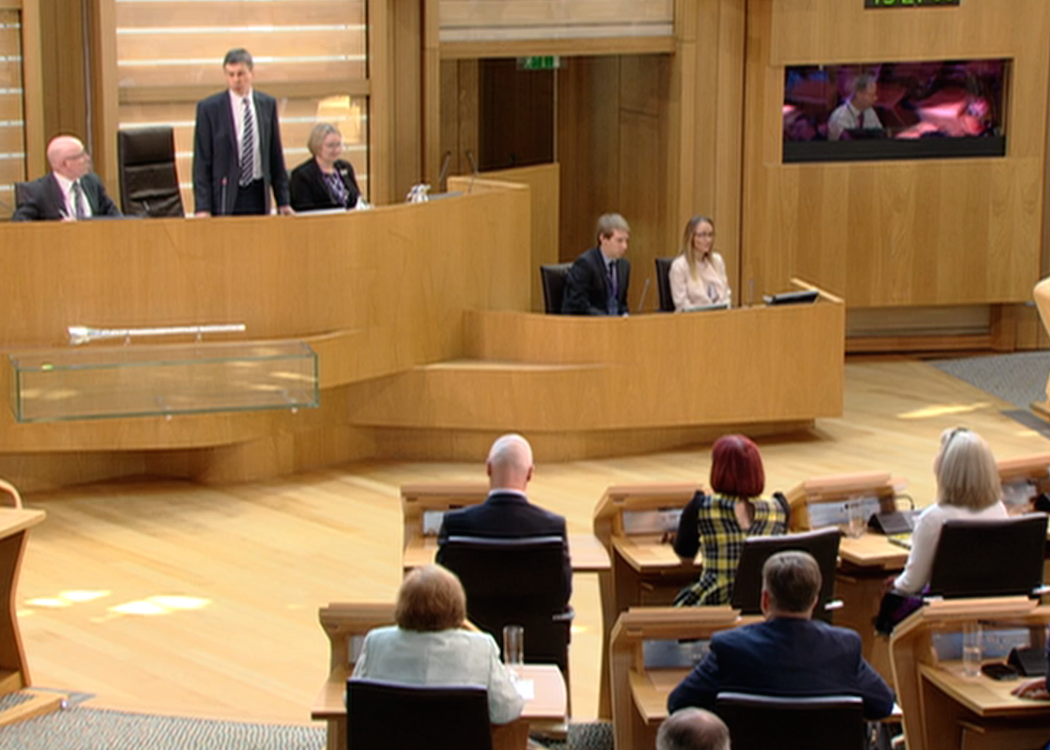 Macintosh will now serve in a politically neutral position

MSP KEN MACINTOSH has won the contest to serve as the presiding officer for the fifth term of the Scottish Parliament.

Macintosh saw off competition from Tories Murdo Fraser and John Scott, and colleagues Johann Lamont and Elaine Smith for the role to take on the role as the figurehead for the parliament.

Macintosh won after three rounds of voting by a clear 71 votes out of 128, ahead of Murdo Fraser in second with 31 votes and Johann Lamont in third with 26 votes.

The MSP for the West of Scotland region was congratulated by the four party leaders and outgoing presiding officer Tricia Marwick on his election to the post.

“In the last few days I have warmly congratulated on their election to this parliament two members of our catering staff, a BBC journalist, and a special branch officer working for Prince Charles last night.” Ken Macintosh

Speaking to the chamber following his election, Macintosh said: “I am very grateful indeed for the honour and the privilege that you have granted me to be your presiding officer. I would like to thank my fellow candidates.

“Before I go any further, can I pay a particular tribute to my predecessor as presiding officer Tricia Marwick.”

“She has served her constituency, her region, and her country with distinction over 17 years,” he added.

The main public focus on the presiding officer role falls mainly on ceremonial duties and representing the parliament at home and abroad.

Macintosh joked that he would need to adjust to the role of welcoming new MSPs: “In the last few days I have warmly congratulated on their election to this parliament two members of our catering staff, a BBC journalist, and a special branch officer working for Prince Charles last night.”

Macintosh was elected to the first Scottish Parliament in 1999, retaining his Eastwood seat in every election until 2016 – where he was returned as a list MSP.

He ran for the leadership of the Labour Party in 2011, only to be pushed into second place by Johann Lamont.

As presiding officer he was decide on the legal competency of draft legislation. This involves considering – alongside other legal advisory groups – whether draft legislation meets requirements of the Scotland Acts and the European Convention on Human Rights.