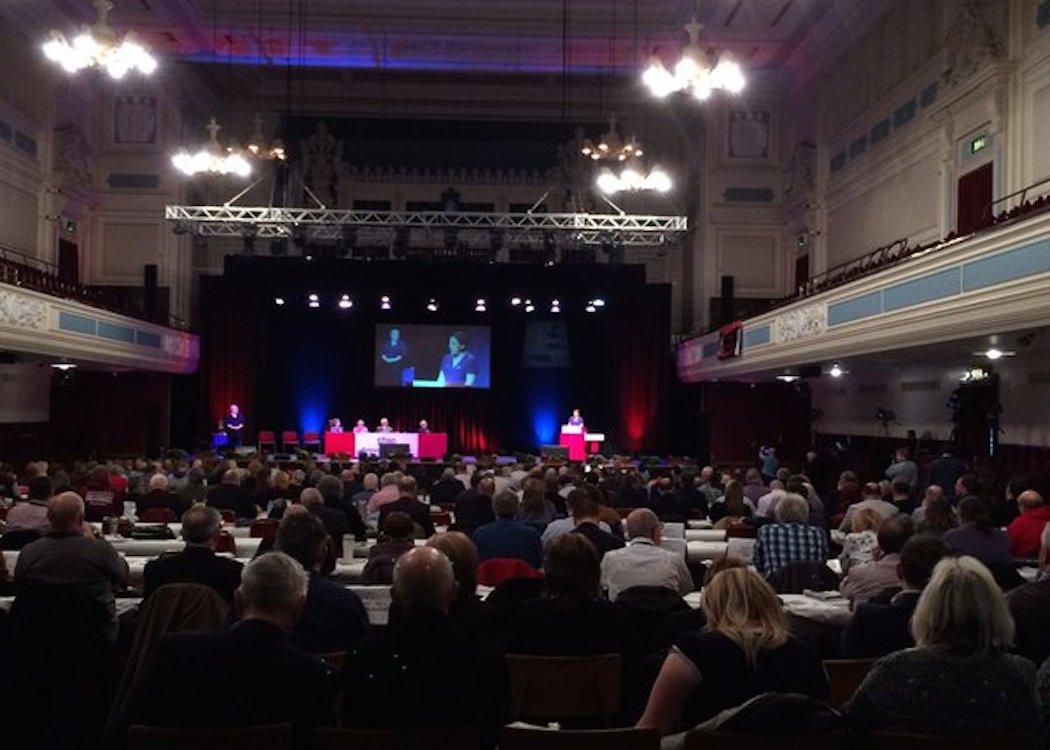 ALL TAXPAYERS in Scotland should pitch in with more money to limit austerity imposed on public services, Labour leader Kezia Dugdale has told the Scottish Trades Union Congress.

Dugdale presented a five point plan on how she would increase revenue through council and income tax powers.

The conference, which generally gave Dugdale a warm reception, called for more ambitious tax and industrial plans from all the main parties in the remaining weeks of the election campaign.

First Minister Nicola Sturgeon will follow Dugdale tomorrow with her own election priorities.

Condemning SNP plans to maintain the current income tax rate for earnings over PS150,000, Dudgale said: “To argue against a 50p top rate as some do, on the basis that if we ask the richest 1 per cent to pay their fair share they’ll try to avoid paying it, is to miss the point entirely.

Labour will “take a tougher line with those who avoid tax. We will make sure that those who do not pay their taxes do not get taxpayers’ money,” claimed Kezia Dugdale

“With the overwhelming evidence that we live in a system where the richest play by different rules from the rest of us, the role of government shouldn’t be to let them play the system.”

Scotland’s debate on income taxation was followed by the Panama Papers scandal, which revealed that governments are failing to stop the rich and powerful from hiding vast wealth offshore.

Tax avoidance measures have been utilised by several of Scotland’s billionaires and large corporations, while 750,000 acres of land is registered in secrecy jurisdictions.

The Scottish Government recently faced criticism for funding grants that had been given to tax avoiding firm Amazon. The government then announced that no further grants would be awarded to the poverty-pay firm in the next financial year.

Dugdale, in her STUC speech, promised to “take a tougher line with those who avoid tax. We will make sure that those who do not pay their taxes do not get taxpayers’ money.”

However, Dugdale’s leadership did not receive universal support at the Dundee event.

Editor of the Left Review Gregor Gall, speaking at a conference fringe event, said:
“It would be much better if Labour was led by Neil Findlay [Scottish Labour socialist] rather than Kezia Dugdale & that situation might come to pass.”

Polling predicts that Labour are set to repeat the poor electoral performances of 2011 and 2015, with the SNP likely to regain its current majority.

“Labour forfeited the right to speak for the Scottish Left when they stood shoulder to shoulder with the Tories.” Rise spokesperson

“However, civil service analysis has shown that a rise tomorrow could see tax revenues fall if even a small number of high earners moved their place of residence to elsewhere in the UK.

“Even Kezia Dugdale has admitted that the 50p rate could raise nothing at all – how can she expect the Scottish people to think this is a credible, costed proposal for public spending?”

A spokesperson told CommonSpace: “Labour forfeited the right to speak for the Scottish Left when they stood shoulder to shoulder with the Tories and refused to even countenance, let alone accept, the idea that independence could improve the lives of working people in this country.

“Having spent a generation pursuing policies which are to the detriment of the weakest in our society the notion that they can now claim to offer a real alternative to the austerity status-quo is at best laughable and, at worst, simply insulting.”