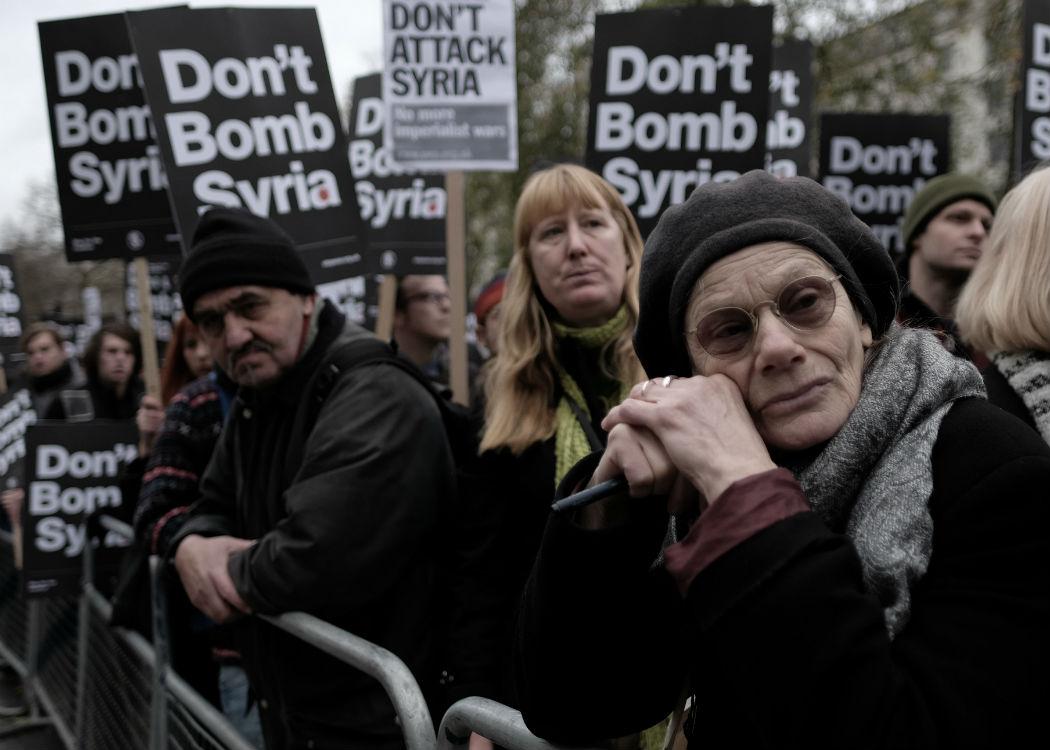 LABOUR’s only Scottish MP has refuted the idea of airstrikes in Syria and claimed that Scottish party leader Kezia Dugdale is also opposed to bombing.

The decision could mean that Scotland’s only Conservative MP and Scottish Secretary David Mundell will be the only Scottish MP to vote in favour of airstrikes, as the Scottish National Party and the Liberal Democrats are also opposed to plans for war.

Murray, the shadow Scottish secretary, told BBC Radio Scotland that he didn’t believe that there were adequate ground troops in Syria to follow up on airstrikes.

He said: “I think the main reason with regard to the Free Syrian Army not having the capacity on the ground to be able to back up airstrikes at this stage we shouldn’t be looking at them. The success of airstrikes in Iraq has been because of the Iraqi army on the ground being able to retain that territory and I don’t think the case has been made that this will make any difference.”

Speaking about the position of his Scottish leader, Dugdale, he said: “We have had long discussions about this at the weekend. We have shared the information that we had, and Kezia also doesn’t think that the case has been made for air strikes on Syria.”

CommonSpace spoke to Dugdale at an anti-racism demo in Glasgow in Sunday (29 November), but on that occasion she refused to discuss Syria.

The comments come ahead of a meeting between leftist Labour leader Jeremy Corbyn and his shadow cabinet, several of whom support airstrikes in Syria targeting Daesh (Islamic State). The UK is one of numerous countries already bombing Daesh positions in northern Iraq.

On Sunday (29 November) Jeremy Corbyn explained his position against bombing in Syria on the Andrew Marr Show .

Asked if in his heart he was on the anti-war marches he said: “There’s nothing wrong with my heart except wanting a peaceful world.

“Surely it is much better to pursue the political option which will eventually bring about a ceasefire, hopefully quickly, in the Syrian civil war.

“It is the political process that is the key thing, this [bombing] is a distraction.”

Murray’s comments come as the Scottish Labour party is taking and increasingly distinctive stance on foreign policy matters. At its recent conference the party voted not to back the renewal of the nuclear weapons system Trident, which is based in Scotland.

Demonstrations are planned for later today in Glasgow and Edinburgh against military action in Syria.