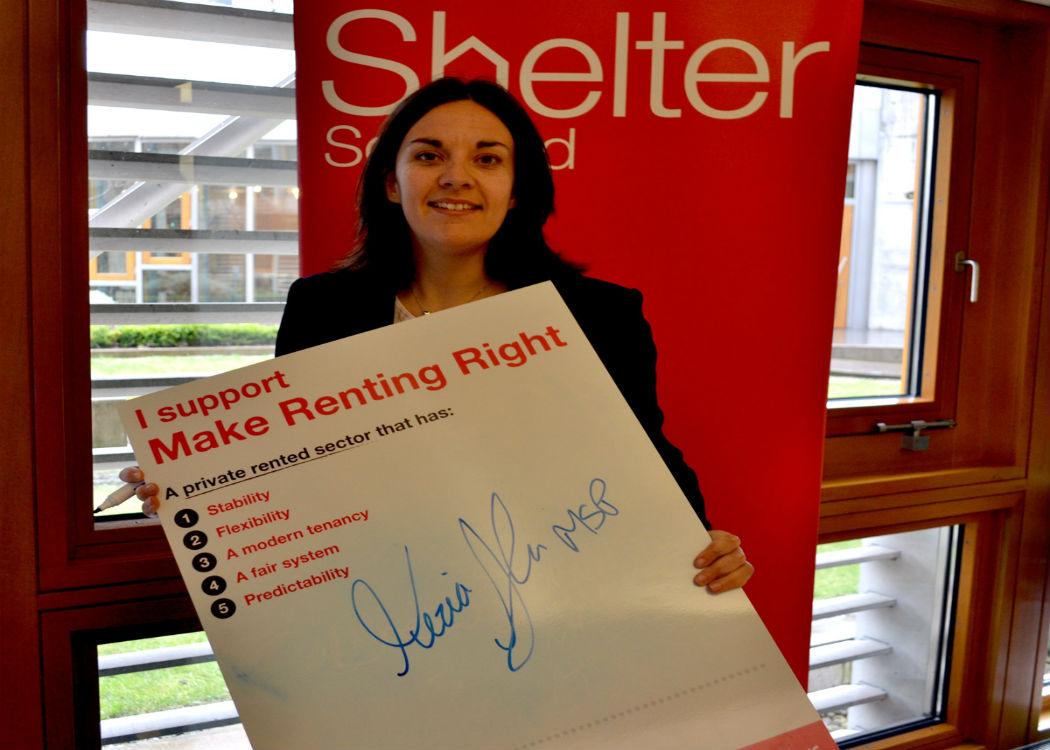 New party leader tells Scottish Labour: “We are down, but we are not out”

KEZIA DUGDALE has won the Scottish Labour leadership election with a robust 72 per cent of the vote.

The election, which saw Dugdale fend off MSP Ken Macintosh, was overshadowed by the shock popularity of leftist candidate for UK party leadership Jeremy Corbyn.

Her election comes just months after the party suffered its worst electoral defeat in its history, losing 40 seats in the May 2015 general election and retaining only one.

Dugdale is the party’s eighth leader in 15 years, reflecting the decline in popularity of the Labour party in Scotland since the opening of the Scottish Parliament.

Alex Rowley MSP was elected as deputy leader of the party with 55.5 per cent of the vote, coming ahead of Glasgow City Council leader Gordon Matheson and MSP Richard Baker.

Upon election, Dugdale told Labour members gathered in Stirling for the announcement of the new leader: “I will work night and day over the coming weeks and months to make you proud, to honour that trust that you have put in me today.

“I want to transform this country – to shake it up profoundly, so that the life chances of a child born today aren’t determined by how much their parents earn but by their potential, by their work ethic and by their ambition,” she added.

The announcement was made as Corbyn’s campaign tour reached Scotland . Though the Corbyn campaign welcomed the election of Dugdale and her deputy leader Rowley, there is thought to be a considerable political distance between Corbyn’s leftwing proposals and Dugdales more centrist approach.

Dugdale had initially criticised Corbyn as someone whose leadership would leave Labour “carping from the sidelines”, and said: “I want there to be a Labour government; otherwise I’m wasting my time.”

Dugdale later said she and Corbyn “share the same views” on matters such as the economy and the welfare state.

Scottish Labour is currently polling at 20 per cent in the 2016 Holyrood elections, with the SNP on 62 per cent.