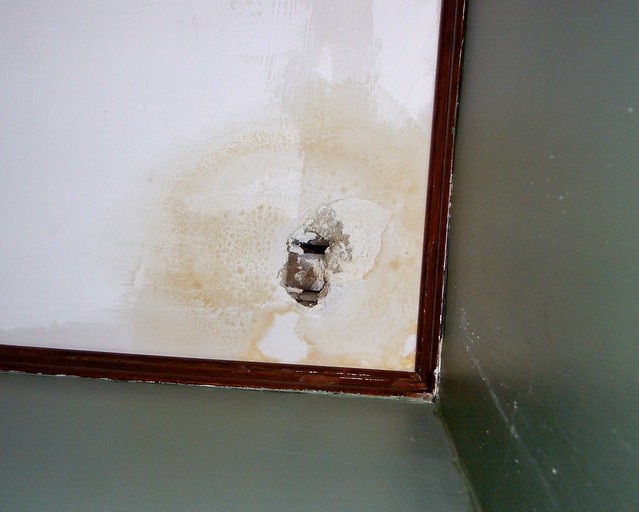 LAST month, I moved out of Govanhill. I left a dingy flat rented out by what you could loosely describe as a slum landlord, to a small flat in leafy Cathcart. The difference already is incredible; I no longer walk down the street with my keys between my fingers as a makeshift weapon; my heart-rate doesn’t increase with fear when I walk into the close, and I no longer breath a sigh of relief when I’m safely inside.

It wasn’t until I moved that I realised the impact that living in a state of low-level fear was actually having on my general health.

The close I lived in was pretty typical of much of Govanhill. The heavy duty close door never locked, leaving the close open to anybody passing by. The first week after moving in, I walked past a couple shooting heroin at the bottom of the close; leaving in the morning to foil and lighters strewn around the close became normal. Rubbish littered the back court, becoming so bad that the council eventually came in to remove a debris of old mattresses, TVs and bin bags after their letters threatening prosecution were ignored.

I mastered my resting bitch face walking to the shop, the gym or the train station passing groups of men leering and making crude propositions.

Eventually, the fear of leaving the flat and dealing with the harassment of walking down the street meant that I no longer went to the gym after work. In fact, I spent as much time at work as possible to avoid going home altogether.

When I was in the flat, I was always itching. The red, itchy lines of bite marks confirmed my fears that I had bedbugs, but I was too embarrassed to do anything but make the odd joke about them.

The anxiety at the way I was living was almost overwhelming.

The final straw was my ceiling caving in at 5.30am one Saturday morning. A burst pipe in the flat above caused my ceiling to give way, and the resulting leak into my flat caused the ceiling in the flat below to fall in an hour later.

Going up to the flat above to try and find the source of the leak was eye opening. There were at least eight people living in that one bedroom flat, including four small children. Thin mattresses covered the floor in the bedroom and kitchen; there wasn’t a bed in sight, and blankets seemed to replace actual duvets.

The source of the leak was a burst heating pipe; the flat was so badly insulated, and the windows in such a bad condition that the occupants kept the heating on all day and all night. This family were paying £450 a month for a cold, damp, one bedroom flat, in an unsecured and un-factored close. Their landlord was fully aware of these problems, yet still left them without heating for two weeks as the burst pipe was fixed.

It wasn’t until this point that I realised that the fears I had about living in Govanhill were shared by the women living in the close too. They spoke about how the area was dirty and unsafe, about how they wanted to move but couldn’t afford to. These women didn’t like going out either; it wasn’t just me.

Govanhill has multiple problems, but the two common factors are poverty and poor housing.

The UK is one of the richest countries in the world, yet we have Victorian levels of poverty in Govanhill. Eight people and more living in one and two bedroom flats; cockroaches, bedbugs and mice just something you live with; people sleeping on floors and makeshift mattresses instead of beds.

These problems aren’t unique to Govanhill, but they are pronounced.

Parts of Govanhill are inevitably being gentrified; there’s now new coffee shops, an organic food store and upcycling and vintage stores on Victoria Road. But these cater to those wondering through Govanhill from Strathbungo and Shawlands; they do nothing for the area aside from push up rent for those already struggling.

What Govanhill really needs is comprehensively regulated rented housing. Not private rented accommodation from on the one hand slum landlords and on the other unaffordable and upmarket letting agents, but housing that is liveable, affordable, safe and accessible.

If we increase the standard of housing, maybe people will look after it; rather then using closes as urinals, rubbish bins and places to shoot up, people will take pride in them as part of their home.

Nobody should live in accommodation as poor as that in Govanhill, or the fear and anxiety that living like that can cause.

I still love Govanhill – after moving to Glasgow for university in 2012, it was the first place I lived that really felt like home. It’s vibrant and diverse, and choc-a-bloc with people with different stories to tell.

But the way people are forced to live is a blight on an otherwise beautiful place.