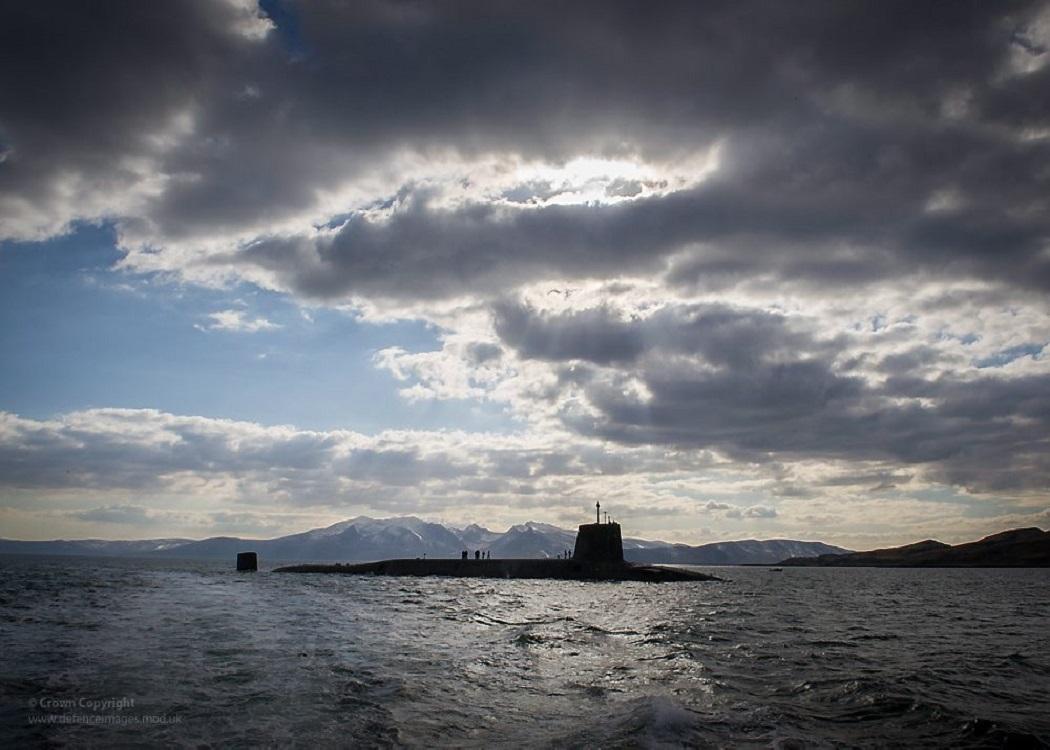 ON Wednesday, Jeremy Corbyn stated that, as prime minister, he would not press the nuclear button.

In other words, he wouldn’t order the indiscriminate slaughter of hundreds of thousands of people. A basic bit of decency, integrity and humanity, or so you would have thought.

Paul Kenny recently gained infamy for doffing his hat and gratefully accepting a knighthood from Her Majesty the Queen earlier this year.

Shortly after Corbyn’s antinukes comments, Kenny took it upon himself to declare that Corbyn would either have to accept a pro-Trident Labour, or resign as leader.

Paul Kenny – in case you’re not up on the old trade union leaders – is head of the GMB union, the third biggest union in the UK, and recently gained infamy for doffing his hat and gratefully accepting a knighthood from Her Majesty the Queen earlier this year.

Kenny claims that, should the UK face a nuclear threat, the first priority must be the “defence of the realm” (in 21st century launguage, protecting the British state), and all that ‘bargaining power’ will be lost if the rest of the world knows he would be unwilling to blow up other countries.

The importance of having a leader willing to push the button is so critically important to Labour as a party and Britain as a country, Kenny claims, that Corbyn would be better off resigning now than subjecting us to the misery of opposing Tory plans to spend PS100bn on a new generation of weapons of mass destruction.

As a trade unionist in Unite, which represents workers at the Faslane nuclear base, I’m ashamed and embarrassed by Kenny’s comments.

As a trade unionist in Unite, which represents workers at the Faslane nuclear base, I’m ashamed and embarrassed by Kenny’s comments.

Corbyn was elected as leader of Labour because he stood for the principles that so many of us still believe in. He’s antiausterity, for people not profit, and most importantly, after decades of pointless and bloody conflicts in the middle east, he’s antiwar.

He didn’t win because he looks like a sociopathic warmonger who would happily order the slaughter of thousands and thousands of people.

He’s also already shown himself loudly and proudly ready to stand up for trade unions more than any trade union leader in living memory – not that that seems to matter to Sir Paul.

And when it comes to Trident, there is no defence in the age of austerity to spend money which could eradicate child poverty on weapons that, if they were to ever be used, would probably mean the end of human life as we know it. The ‘protecting jobs’ line from many trade union leaders just won’t wash.

Len McCluskey, Unite General Secretary, recently argued in favour of keeping Trident, stating that “the most important thing for us is jobs and the defence of communities”, yet of the 11,000 jobs connected to Trident, less than 550 are reliant upon the weapons themselves.

I know McCluskey has more vision for creating employment based on socially useful work, diversifying the Faslane workers jobs to build things we actually need, than he’s been willing to show during this Trident debate.

Instead of undermining Jeremy Corbyn, trade union leaders like Kenny should be building a mass movement to turn workers into Corbyn voters.

Instead of undermining Corbyn, trade union leaders like Kenny should be building a mass movement to turn workers into Corbyn voters. They should be doing everything they can to take on the right wing in Labour and in the media who are plotting to bring him down, not leading the charge against him.

Let’s not be naive – Corbyn is up against a British establishment that can’t afford for him to win in 2020 and will use all its power to stop him. Which side is Kenny on – the establishment that gave him that knighthood or the workers he is supposed to represent who have suffered from years of austerity?

Corbyn has brought the winds of change to the Labour party, pushing to the side those who think politics is about finding a way to justify to people why they CAN’T have a job, a decent wage, a proper contract, well funded public services, a decent life, but Britain MUST have nuclear bombs for national prestige and imperial power.

Perhaps we need those winds of change to reach our trade unions too, and state clearly that those like Sir Paul Kenny do not speak in our name.