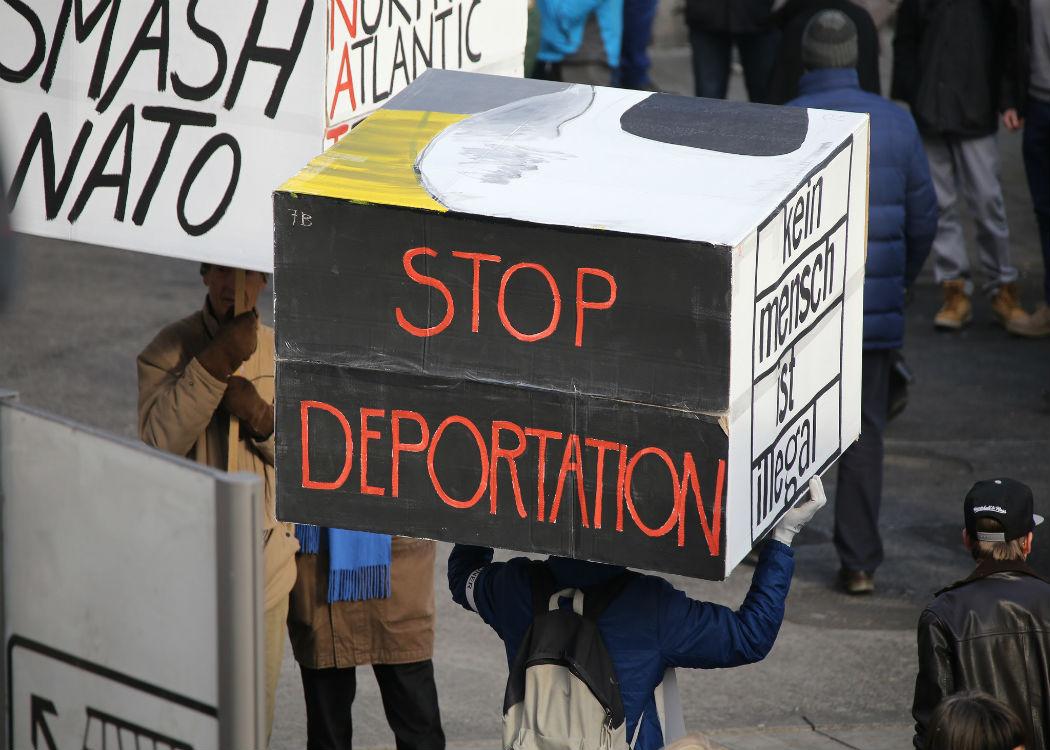 Kezia Kinder, a student at Glasgow University, argues that students need to fight to stop the deportation of student Majid Ali, who is facing imminent deportation to Pakistan

I WILL be at work, but every student in Scotland who can make it to Monday’s protest at the Scotland Office at 1pm against Majid Ali’s imminent deportation to Pakistan should do so.

Here’s the story. Four years ago, Majid Ali’s brother was forcibly ‘disappeared’ by the Pakistan government after attending a political demonstration; his family has no idea whether he is still alive. Majid’s uncle and cousin were recently shot dead following a raid on the family home by the police in Pakistan, after years of harassment and persecution for the family’s political beliefs.

Fearing for his life after his brother’s disappearance, Majid travelled to the UK and claimed asylum. Now, the very state that was supposed to protect him is attempting to forcibly deport him back to Pakistan where he will likely face the same persecution and suffering of his brother, cousin and uncle.

Now, the very state that was supposed to protect him is attempting to forcibly deport him back to Pakistan where he will likely face the same persecution and suffering of his brother, cousin and uncle.

Majid – a student at Glasgow City College – will be neither the first student nor the last to be forcibly removed from the UK. Last year, Yashika Bageerathi, a nineteen year old A-level student, was deported back to Mauritius just two months before she was due to sit her final exams, after being held in Yarlswood detention centre for several months. Many thousands more students have been deported without appeal.

Treatment of international students, as well as asylum seekers, has been getting progressively worse across the UK. Visa requirements are becoming increasingly more draconian, with many students now being required to leave upon graduation. In 2012, international students at London Metropolitan University were forced to find places at other universities or leave the country following a highly dubious clampdown by the UK Border Agency.

Treatment of international students, as well as asylum seekers, has been getting progressively worse across the UK.

Last year it emerged that thousands of young people, many of whom were students, were facing forced removal from the UK having been accused of gaining English language proficiency certifications by fraudulent means. The vast majority of those detained were given no legal representation and were refused the opportunity to review or appeal the evidence against them. The UKBA’s ‘evidence’ in this case turned out to be an hour long Panorama documentary.

For those detained under immigration laws, a life in limbo awaits. Thousands of people in the UK are currently being held indefinitely – some for as long as five years – in the ten detention centres across the country. The majority are asylum seekers who are either awaiting a decision on their applications or whose applications for asylum has been refused. Self-harm and suicide attempts are commonplace, whilst numerous accounts suggest that abuse, sexual harassment and intimidation in the centres is rife.

We need an asylum system that is based on compassion rather than racism.

Recently, detainees went on hunger strike in protest at their indefinite detentions, with one death reported at Yarls Wood.

The depressing fact is that Majid’s case is far from isolated, as forced deportations of asylum seekers continue, following a decade of anti-immigrant and xenophobic political posturing by Labour and the Tories.

We need an asylum system that is based on compassion rather than racism; we shouldn’t be living in a society where one person’s life is valued over another.