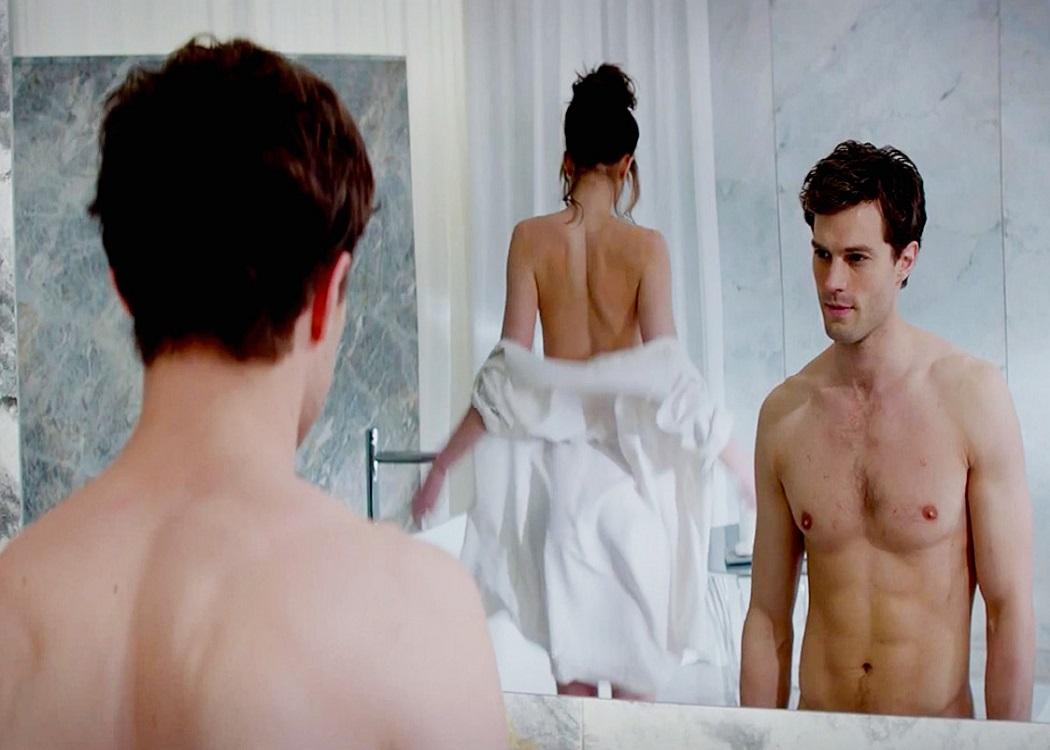 A recent comment piece in The Telegraph claimed that men are now more objectified than women, but unlike their opposite sex they ‘don’t really mind’. In response, University of Glasgow politics student and Women For Independence national co-coordinator Kezia Kinder argues in a personal capacity that gender objectification is anything but equal.

MANKIND has really been through the mill over the past couple of weeks. Ever since Jamie Dornan got his gymhoned body out in the Fifty Shades of Grey trailer, men everywhere have been subjected to the dehumanising process of sexual objectification. Objectification of men is endemic, and men are now more objectified than women, so stop being hysterical and untwist your knickers; we now have equality.

Or so says Martin Daubney of the Telegraph (click here to read), in what is surely this year’s biggest demonstration of mansplaining so far. Daubney, it seems, is basing this (very old) argument on the hysteria surrounding the imminent release of Fifty Shades of Grey and the release of Magic Mike XXL.

Admittedly most media coverage has focused around the physiques of the male leads on both these films – Jamie Dornan, the misogynist psychomurderer from The Fall, and Channing Tatum – and in fairness yes, to some extent both men are indeed being objectified. But if Daubney thinks this is somehow on the same level as the objectification women face every day then, fortunately for men everywhere, he’s wrong.

While the coverage of Fifty Shades Of Grey has certainly been a little OTT, it’s nothing compared to, for example, your average day at the Mail Online. Look at the sidebar on the right and you’ll see their ‘femail’ (clever, I know) section where you’ll find countless pictures of women celebs sunbathing in tiny bikinis (pictures taken with long lenses by paparazzi stalkers), flashing their knickers on a night out (I say ‘flashing’, but photographers have gone out of their way to get those photos), or wearing a fabulous dress to an awards ceremony. Here, and in Heat, Closer, Reveal, Hello, Elle, OK, Now, Grazia – I could go on – is where objectification manifests itself.

If Daubney thinks this is somehow on the same level as the objectification women face every day then, fortunately for men everywhere, he’s wrong.

This is where you’ll find superimposed images of women’s cellulite (we all have it), topliphair (again, we all have it), breasts that aren’t quite pert enough, thighs that touch in the middle, and stomachs that don’t reveal washboard abs, implying that these women should somehow be ashamed of having less-thanperfect bodies. But it’s okay, because turn the page and you’ll find an article on how to drop a dress size in a week.

I doubt Martin Daubney ever finds himself reading that bile. Why? Because as a man, he is not expected to permanently look as though he’s just spent five hours in the makeup artist’s chair. As a man, he is valued for who he is and what he does, not for how he looks. It’s nothing new when I say that women are valued primarily for how they look. There’s a reason most female television presenters cease to exist past the age of 40, and why those who don’t seem to have had more Botox inflicted on themselves than the whole of the UK combined.

There’s a reason, too, why the only women leads in TV and film all have the same conventionally attractive appearance and slim-line physique. Then pop into your local newsagents and pick up a copy of The Sun, Nuts, Zoo, FHM, Playboy, and you can gawp at the perfect size8honedandtoned (and photoshopped) pictures of women to your hearts content. No blurb, nothing about their interests, who they are as people, just pure softporn at a few quid a pop.

That, Martin dear, is objectification.

There’s a reason most female television presenters cease to exist past the age of 40, and why those who don’t seem to have had more Botox inflicted on themselves than the whole of the UK combined.

When men are objectified and some are, there’s no doubt about it – they retain their agency and control. These advertising campaigns are about the individual man; David Beckham’s underwear range is about him and his product, he is more than just a clotheshanger for someone else’s commodity. But when you see a female model she is just being used as a clothes hanger; she’s an accessory to a product being sold.

Perhaps the most telling part of Daubney’s article is when he states that “we’re [men] bigger than all this nonsense”. In other words, calm down you silly women, being objectified is no biggie.

Objectification is everywhere, in different forms, all the time. But to pretend that men are victimised like women are is to ignore women everywhere and frankly, it makes you look a little thick.