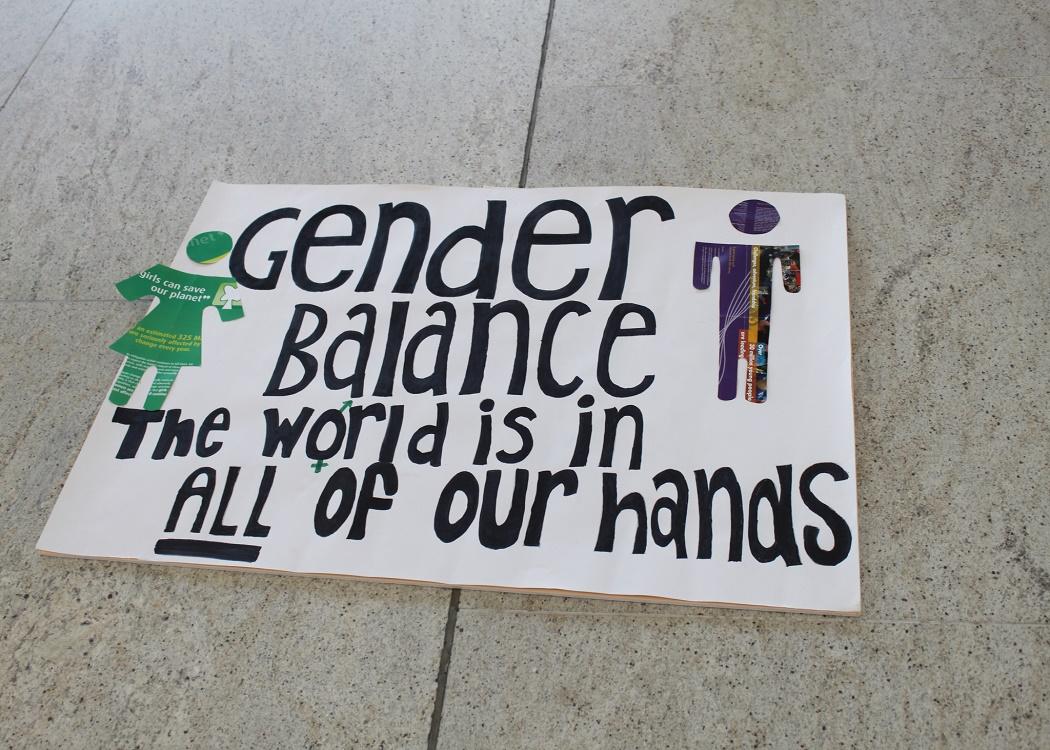 CommonSpace columnist Kezia Kinder, who is a national co-coordinator for Women For Independence, says that the social media debate around all-women shortlists highlighted a problem within the party aiming to achieve social justice

I’M NOT an SNP member but I have, as part of the independence movement, taken a keen interest in the debate in the party over all-women shortlists, which was passed at the SNP’s spring conference last weekend.

If the debate on social media last week proved anything, it was that when it comes to sexism, many men just don’t seem to get it. Even many of those who campaigned for independence on a social justice basis were arguing that all-women shortlists would ride roughshod over meritocracy and let hundreds of unqualified and incapable women into parliament.

And that was from the moderate end of the spectrum. At the other end were those screaming that this was horrendous sexism against men; that good male MSPs would be sacked in favour of a silly little woman, and that men were being victimised.

Many of those who campaigned for independence on a social justice basis were arguing that all-women shortlists would let hundreds of unqualified and incapable women into parliament.

One person even suggested that we shouldn’t have all-women shortlists because Alex Salmond would never have become first minister had they been put into place 20 years ago.

My personal favourite was a bloke on Twitter who declared that, because he didn’t notice any sexism at one particular SNP hustings it mustn’t be that big a problem, before demanding proof that sexism still exists.

Then there was a woman who said that because she’s never noticed sexism in the SNP it couldn’t possibly be an issue. “I just see people as people,” she said.

The problem with this is people aren’t just people. We live in a world with an uneven distribution of power, both culturally and structurally, and therefore we need to understand power relations between people to effectively change them.

We live in a world with an uneven distribution of power, both culturally and structurally.

Sometimes this can be difficult at an organisational level: institutional sexism can be pernicious, subtle, and very often difficult to put your finger on. But it does exist, and it’s more important to be aware of it precisely because it can be so subtle.

Journalist Lesley Riddoch recounted a recent public meeting she had been at in Strathaven; all the contributions from the floor had been from men before she intervened and asked for the women in the room to make their point.

The questions and contributions improved dramatically when the women began to speak up, but it wasn’t until somebody had specifically requested that the women in that room were given the opportunity to make their point. The men spoke up with confidence and entitlement.

Similarly, at various party hustings, there are numerous accounts of women candidates being asked about their childcare arrangements, their partner’s occupations and whether they were up to the job, yet the male candidates were never asked these questions.

In a recent profile of a Westminster candidate, her partner and his occupation were explicitly mentioned; would this have happened had that candidate been a man? I doubt it.

Politics has been and continues to be dominated by men – changing that weight of history is not as simple as just saying ‘equal rights’ and assuming everything else will work itself out.

The reason we don’t include men is because society has been deeply and thoroughly patriarchal for the last 3,000 years. Politics, like the rest of society, has been and continues to be dominated by men – changing that weight of history is not as simple as just saying ‘equal rights’ and assuming everything else will work itself out.

If we really want equality and social justice, then we need to acknowledge that sexism exists in all organisations, that it’s a real and pressing problem that will not go away simply by having a woman as first minister, and that just because you say your ‘a progressive’ it does not exclude you from contributing to the sexism all around us.