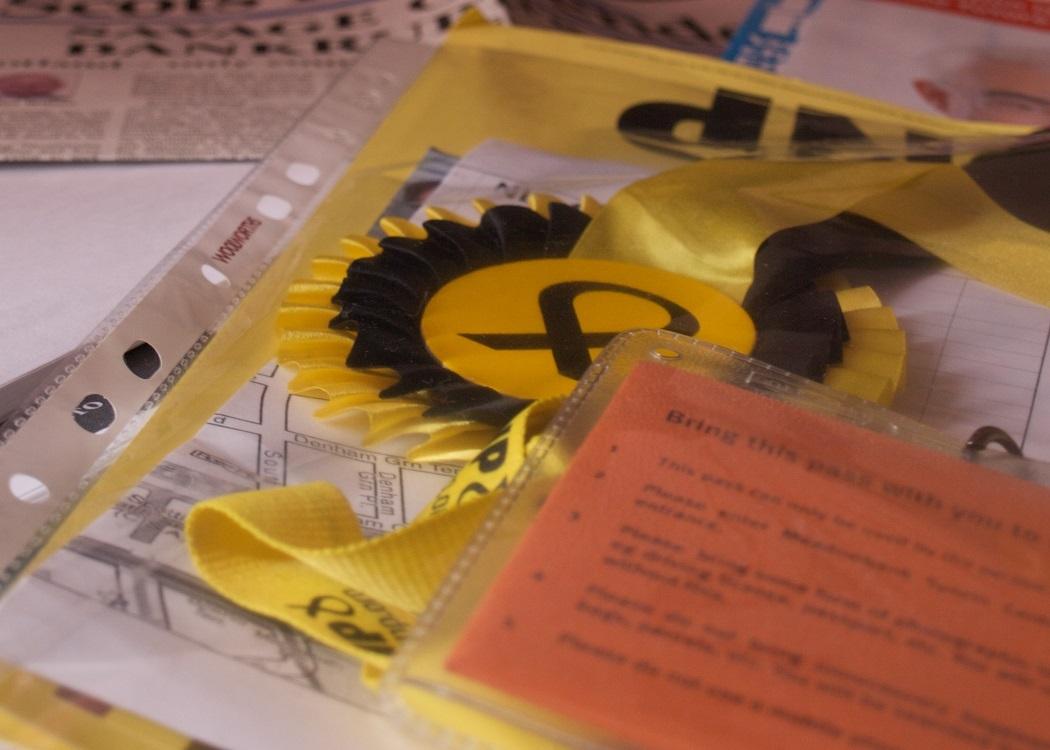 SNP activist Kimberley Cadden explains why notions of party support for a Tory government are nonsense, and why many activists are instead hoping – albeit reluctantly – for a minority Labour government

IT’S easy to despair sometimes; what we have seen since Friday evening with the Telegraph’s attempted smear on First Minister Nicola Sturgeon is something unworthy of any serious newspaper or indeed any serious politician, but nonetheless on Saturday morning Labour leader Ed Miliband knowingly supported an obvious falsehood for political gain, and now I know everything I need to know about him; he is not to be trusted.

But I don’t do despair and neither do all the wonderful, hardworking SNP activists I know. This is one of our strengths – we are used to battling on all fronts, confronting media bias and demonstrating our own arguments.

This has simply made us better at what we do – and with our backbone and integrity firmly intact. Furthermore, since the media have proven their bias yet again with no-one doing a better job than the BBC of giving unwarranted credence to the Telegraph non-story – stand up and take a bow!; despite the obvious damage a biased media can do I take heart in the fact that informed people now get most of their information elsewhere and such attacks from the right wing press only reveal that that we are on the right side of this morality divide, and that Labour are not. SNP activist – backbone – check! Guts – check! Superb. Moving on…

This has simply made us better at what we do – and with our backbone and integrity firmly intact.

So what about these smear allegations anyway? Well as most will know, it took about 50 minutes for them to rubbished on Friday night, at least that was what happened in the real world.

In the world of corporate media giants where five billionaires own 80 per cent of the press it was largely a different (selective) story; although kudos to Severin Carrell at The Guardian who actually did some fact checking (unlike journalists at the Telegraph).

Lo and behold, the French Consul confirmed what the first minister had already stated: no such comment had been made. I think we can safely assume that the Telegraph would have known had they carried out the standard journalistic practice of fact checking it would have been a non-story, so instead they went ahead and printed it without doing so, and Labour, desperate to have people believe that the SNP doesn’t really have leftist values and just wants independence at any cost – even if that means another Tory government – happily went along with the fabrication; a mistake the party is already paying for.

As for the SNP, we are clearly not a party of ‘independence at any cost’; indeed, the whole reason we want independence, besides our civic nationalist values, is so that we can further our social democratic agenda for reforming government and society so that it works for everyone.

This is why the idea of another Conservative-led government, with its disastrous policies, is so anathema to us; it is the very last result we would ever want for anyone anywhere, and it would certainly be very bad for Scotland.

But this isn’t just about morals and values, it is also about the next step for our country – and this is where many fail in their attempts to understand the SNP.

Our First Minister has made it clear in no uncertain terms that the SNP would do all it could to lock the Tories out of government. We want to be part of a progressive bloc making the arguments for, among other things, more powers for the Scottish devolved parliament.

We have a better chance to secure these with a minority Labour government in office that relies on our support at times (and is thus open to our influence) than with a Conservative government we have nothing to do with (and one with many MPs arguing that Westminster shouldn’t be devolving any more powers at all, including potential future leader Boris Johnson).

This isn’t just about morals and values, it is also about the next step for our country – and this is where many fail in their attempts to understand the SNP.

The SNP understands that the path to independence has to be a gradualist one now, doing as much as we can within the Westminster system itself while we remain part of it; anything else just stagnates this important step.

And stagnation would be the least of our worries. As we know, both the Tories and Labour have committed to continued austerity cuts, however Labour has been branded as the austerity-light wing of the neoliberal consensus as a result of having more progressive tax policies, while the Tories are hell bent on cutting the deficit faster than anyone else, and without taxing the rich any further.

Needless to say, the Tory approach will be the worst case scenario for the Scottish Parliament’s budget and in turn has the potential to limit how effective the Scottish Government could be in continuing its progressive programme in Scotland – and this could hurt the SNP in 2016.

However our ability to influence austerity-light Labour means we have much more of a chance to have a positive impact on UK economic policy, and indeed to secure the best budget possible for Scotland. This helps us demonstrate the validity of the left progressive approach by influencing (and in devolved matters continuing to implement) policies that actually make life better for the majority.

It is thus clear that a minority Labour government is much more preferable for the SNP than any kind of Conservative administration.

Furthermore, most of us involved in the Yes campaign will be well aware that the threat of future Tory governments didn’t really give us much traction when it came to bringing people from No to Yes.

In fact, what did it for most was the positive vision across the movement of a fairer, more equal Scotland – a Common Weal society; and the possibility of such a society was legitimised by the SNP’s effective and popular governance. These factors more than anything seem to be what brought people to the view that a successful independent Scotland is not only possible, but preferable; Tory governments don’t do that.

And it is for all of this that while I do not trust Labour at all, I do understand – like everyone else I have ever met, read or heard in the SNP – that it will be better to have a minority Labour government (influenced from the left) than a Tory one on every measure and not just for us, but also for all the people of these islands; and this is why as a Scottish progressive, come May I will be voting SNP and my vote will be part of an anti-Tory bloc – locking the Tories out – and locking progress back in.