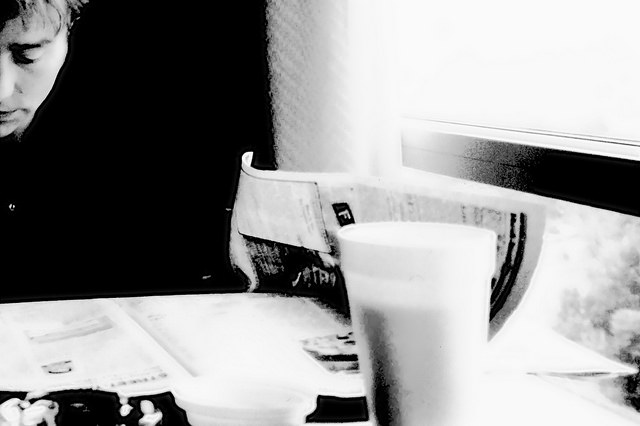 I OFTEN wonder what a feminist newspaper would look like. Not a newspaper for women, with a target audience of only women, but a traditional newspaper which boasted truly feminist credentials in terms of its structure, reporting and coverage.

There would be obvious yet relatively minor differences. Women’s sport would be included on parity with the men’s. Women in politics would be robustly scrutinised, but for the policies rather than their clothes or reproductive decisions. Female expertise would be included unlike, for example, the 85 per cent of male academics that we currently see quoted.

There would be no up-skirt photos of celebrities, and scantily clad women wouldn’t be used to decorate the pages. Right now in Scotland there aren’t any female editors of major newspapers – a feminist newspaper would surely buck that trend.

Most newspapers have made strides in the last decade, but given that we still see damaging and sexist reporting fill the pages, some clearly haven’t gone far enough.

Perhaps the most marked difference we would see in our hypothetical feminist newspaper would be in how violence against women and girls is reported. Among our main newspapers this is an area which has proved problematic and hasn’t been reliably reported with care across the board.

We have seen some progress, however. The National partnered with Zero Tolerance’s Write To End Violence Against Women awards in 2015, and supported the aims set out in their Handle With Care guide as to how media should report violence against women. The Sunday Herald was partner of the scheme in 2016.

Most newspapers have made strides in the last decade, but given that we still see damaging and sexist reporting fill the pages, some clearly haven’t gone far enough.

The Daily Record came under fire on social media recently for its headline ‘Rogue Romeo’ on a story about a violent man who punched his girlfriend in the face after she turned down his marriage proposal. Not surprisingly, the marriage proposal was the focus of the story, rather than the violent attack.

After the backlash, th Daily Record replaced ‘Rogue Romeo’ with ‘thug’. They didn’t, however, make any amendments to the reporting of the incident, which was fraught with unnecessary, victim-blaming details and the kind of skewed focus that we regularly see when newspapers report violence against women.

The Daily Record came under fire on social media recently for its headline ‘Rogue Romeo’ on a story about a violent man who punched his girlfriend in the face after she turned down his marriage proposal.

Violence against women in Scotland is widespread and, too often, there is not enough context or care put into the reporting. The societal impact of male violence and the scale  of the problem is often omitted entirely.

I recently submitted a Freedom of Information request to Police Scotland, which showed that so far this year there have nine instances of a female being the victim of homicide where a male was the perpetrator.

A quick look back at the week’s news shows that violence against women and girls in Scotland is truly endemic in its scale.

In the past seven days alone we have seen reports of: two men convicted of assaulting and raping a 19-year-old woman in Invergordon; a male manager of a Home Bargains found guilty of a series of sexual assaults of employees in several stores; a 27-year-old man detained on suspicion of a serious sexual offence, after an incident at Glasgow Central train station; a 66-year-old man found guilty of sexual assault after grabbing a 15-year-old schoolgirl’s chest on a bus; a 64-year-old paedophile jailed for 10 years, after 110,000 images of child abuse were found on his computer – he was found guilty of abusing 12 girls between 1991-2015, the youngest of whom was six years old; a man was jailed for two-and-a-half years after attacking a woman in her own home, leaving her with black eyes and broken ribs; and a former school bus conductor jailed for secretly filming schoolgirls out in public, as well as possessing images of child sexual abuse.

This list is not exhaustive. Last week wasn’t exceptional for instances of male violence or court cases relating to it. This is the reality of Scotland in 2017.

Violence against women in Scotland is widespread and, too often, there is not enough context or care put into the reporting.

Of course, while tempting to wish for, a feminist daily newspaper isn’t likely to materialise any time soon. Our newspaper industry in Scotland faces challenges of falling readership and financial pressures. Though at times it may not seem like it, reform of the current  offering – in terms of the portrayal of women and responsible reporting of the issues that affect us – is a far more achievable goal.

A welcome first step would be for all newspaper editors in Scotland to commit to ensuring that their journalists and reporters read and utilise the comprehensive Handle With Care  guide that Zero Tolerance created to give a better understanding of what responsible reporting  of violence against women looks like.

In its guide, Zero Tolerance recognises that even well-intentioned journalists can sometimes get it wrong – not through malice or indifference, but because of the time constraints and the pressurised nature of their work.

That’s why it’s so important to make use of the wealth of experts we have in Scotland, from groups like Engender, Scottish Women’s Aid and  Rape Crisis Scotland. Because often, the path to making progress and effecting real change starts with something as simple as deciding it is at least worthwhile to try.