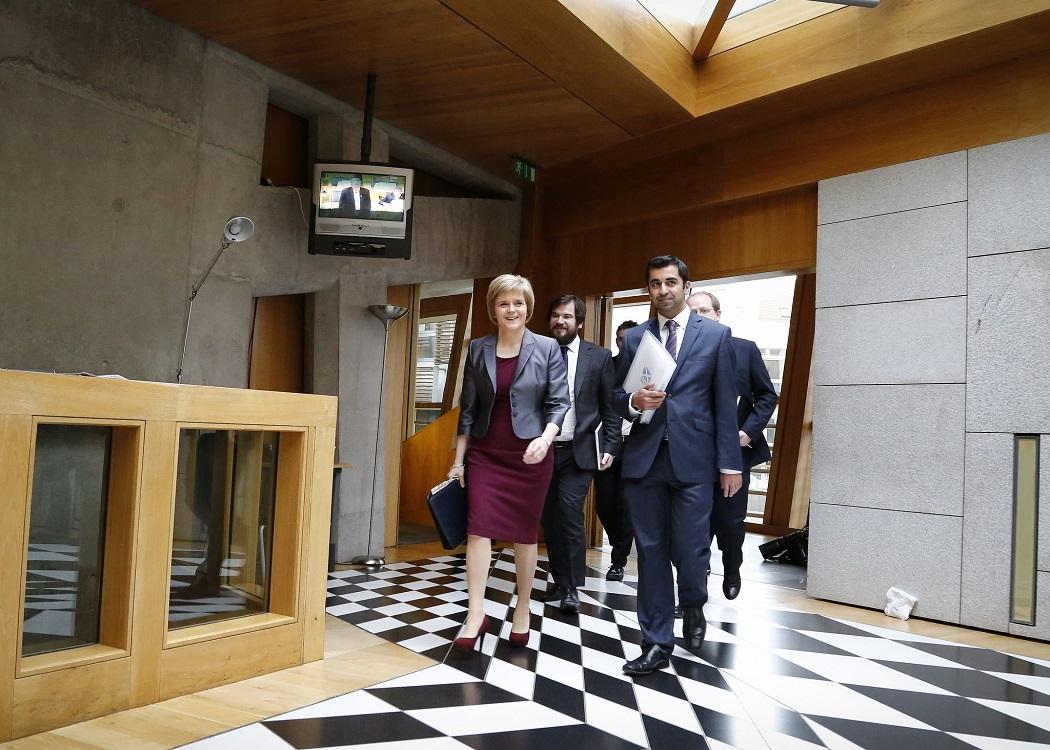 Social media has been filled with debate about all-women shortlists after SNP leader Nicola Sturgeon announced that delegates at an upcoming SNP conference will vote on whether the method should be adopted as party policy for the 2016 Scottish Parliamentary elections to encourage female participation in politics. Kirsty Strickland, a small business owner with an interest in women’s rights, argues that the decision will be a test of how progressive the new wave of politics in Scotland really is.

SINCE the independence referendum, Yes voters, campaigners and pro-indy organisations have had much to agree on – and since the polls are showing that the pro-independence parties are set to do phenomenally well at Westminster, much to pat themselves on the back about.

This has been nice, but in some cases not altogether productive. Often, debates on Twitter between independence supporters about various issues have been met with cries of “We are all on the same side, can we not just agree?” The suggestion that we are all Yes voters therefore we all must sycophantically agree with each other for the ‘wider cause’ has never sat well with me.

It has been interesting, therefore, to follow the developing Twitter ‘fracas’ that has been emerging between prominent campaigners and voices among the Yes camp. This comes after Nicola Sturgeon announced that delegates at the SNP Spring Conference this weekend will be voting on whether on not to employ all-women shortlists for the Holyrood 2016 election (click here to read more) .

I would be keen to know the name of this mythical ‘politics gene’ that men seem to have been credited with which means they are inherently ‘better’ at politics than women.

As it stands, only 17 of the party’s 64 MSPs are women. Given that 52 per cent of the population is female, it’s easy to understand why there is growing appetite for change.

The dominant argument against all-women shortlists seems to boil down to ‘We should select candidates on merit, not gender’. Nicola Sturgeon addressed this very point in a radio interview on Monday . She said: “People say to me, ‘I don’t want quotas, I don’t want all women shortlists because I believe people should get on on merit’. I absolutely 100 per cent believe in that, I think people should get on on merit.

“The problem is that’s not what happens very often just now. If we had a system that was purely based on merit, we’d have gender balance because women are 52 per cent of the population, and unless you think that women are somehow less capable, then if we had a merit-based system we wouldn’t have these problems of under-representation of women.”

Remember the outcry when Johann Lamont claimed that Scots weren’t “genetically programmed” to make decisions? This is the same simplistic argument that is being put forward by those who oppose all-female shortlists.

I would be keen to know the name of this mythical ‘politics gene’ that men seem to have been credited with which means they are inherently ‘better’ at politics than women. Politics is about listening, campaigning, talking to constituents, making your case and effecting change – do you really think that we would struggle to get 50 per cent of female candidates who could achieve this and more?

Ideally, we wouldn’t need all-women shortlists. Ideally, women would have got the vote at the same time as men and our political participation would have matched theirs. Ideally, there wouldn’t be socio-economic factors that mean for some women a career in politics is so unattainable. Ideally, young women thinking of putting themselves forward for candidacy wouldn’t be put off by the barrage of sexist guff we see against our female politicians every day.

This doesn’t mean that we are going to end up with a cohort of female SNP MSPs who are there solely by merit of their ovaries.

But this isn’t an ideal world and we need to take positive steps to redress the balance, instead of waiting for decades of ingrained gender bias to right itself.

Don’t be disheartened. This doesn’t mean that we are going to end up with a cohort of female SNP MSPs who are there solely by merit of their ovaries. Scotland, now more than ever, is bursting at the seams with capable, impassioned, articulate women who can play a valuable part in moving the party and the country forward.

I was at the Perth Women For Independence (WFI) annual conference last year. The ideas and unprepared contributions from many of the 1,000 women who attended was one of the most invigorating and inspiring things I’ve ever been part of.

And really, I would challenge anybody to watch Jeane Freeman’s expert take down of the normally unflappable Andrew Neil and then tell me that stronger, louder female voices wouldn’t be a good thing.

Those women who were stirred and mobilised by the referendum cannot slip through our fingers and go back to eating their cereal.

We need to go further, though. If this policy results in only helping those women who are already part of the political class, then we are missing a trick. We must use this vote – whatever the outcome – to make the case for more women from different backgrounds coming to the fore.

There is a breadth of untapped experience that can be utilised, if only we widen our perception of what kind of person we think an MSP should be. Those women who were stirred and mobilised by the referendum cannot slip through our fingers and go back to eating their cereal. Holyrood would be a more interesting and forward-thinking place by their inclusion.

We won’t need all-female shortlists forever, and I don’t think we should have them forever. Polls show that Nicola Sturgeon appeals to women voters in a way that Alex Salmond never did. There are swathes of female canvassers out every night, WFI has groups in nearly every area of Scotland.

Before the referendum, 33 per cent of SNP members were women, that has risen to nearly 44 per cent. So we are interested. We are involved. We are doing our bit. A quick glance around the chamber at Holyrood, however, and you could be forgiven for thinking that wasn’t the case. That’s something we have to address.

We have heard the rhetoric about a progressive, fair and inclusive Scotland. The speed at which that manifests itself will come down to crucial debates like this. Whether delegates vote to make that happen sooner, rather than later – will be the real test of our appetite for change.