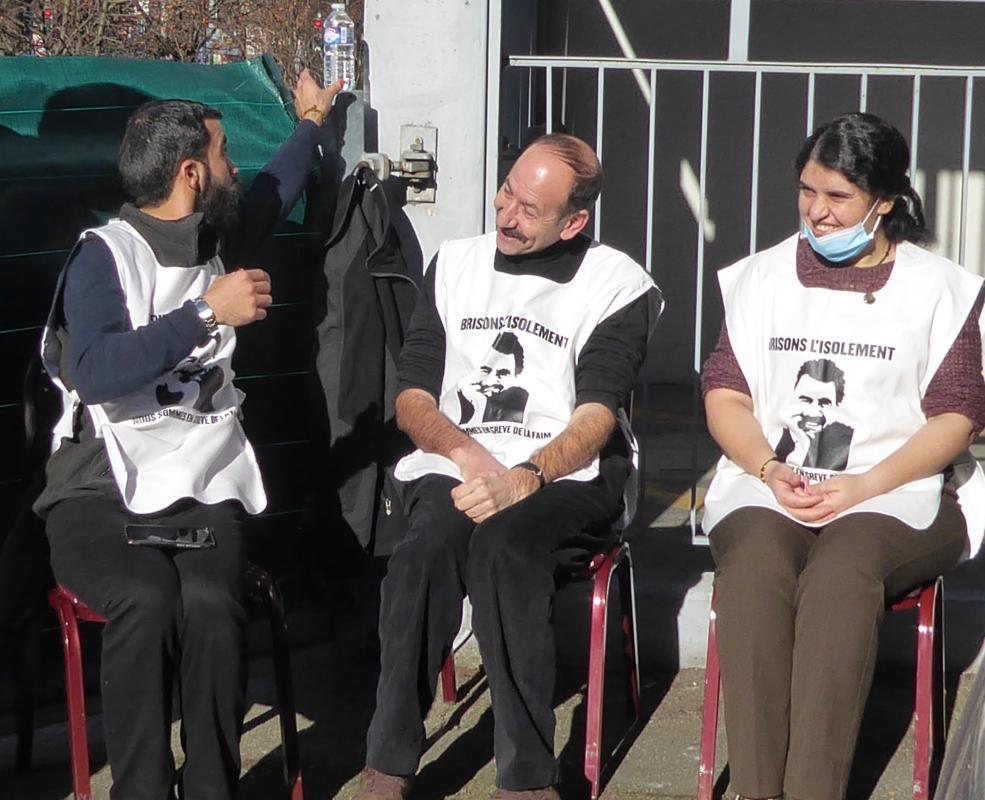 Sarah Glynn reports from Strasbourg, where she spent time with the Kurdish hunger strikers on strike to demand an end to the Turkish regime’s isolation of Kurdish leader Abdullah Öcalan

WRITING on my way back from a return visit to the Kurdish hunger strikers in Strasbourg, I can report that their morale and commitment has only strengthened – if that is possible – as their bodies have weakened.

They are calling for Turkey to end the isolation of imprisoned Kurdish leader, Abdullah Öcalan, and allow him visits from his family and lawyers – as stipulated by international human rights law and Turkey’s own constitution – and they are fully aware of the difficulty of moving President Erdogan, especially this side of the 31 March local elections.

The 14 hunger strikers in Strasbourg are also aiming to put pressure on the Council of Europe, of which Turkey is a member, to go beyond fine words and apply real political pressure; but the politics of trade and NATO and immigration control all stand in the way. Despite all this, the Strasbourg hunger strikers are resolute in their action, expressing concern for the hundreds of hunger strikers in Turkish prisons, and for those who have been on hunger strike even longer (Leyla Güven 110 days, and Nasir Yagiz 97 days), rather than for themselves.

The Strasbourg hunger strikers have now moved to a building further from the city centre, where they have a little more room to rest, and there is an enclosed external space where they can go outside and even remind their wasted muscles what it is to walk, without eliciting discomforted looks from the neighbours.

Some, including Yüksel Koç, co-chair of the Kurdistan Democratic Society Congress in Europe, looked strikingly weaker than four weeks ago; but for most, a casual observer seeing them chatting and laughing in the February sunshine would never guess the trauma that their bodies are going through. However, I have read their doctor’s briefings and the reports of their emergency hospital visits.

My friend, Kardo, was able to engage in a long discussion about marxism and freedom of speech, but often forgot what we had talked about, and his brief walk round the courtyard was pained and slow. New glasses have enabled him to read a bit more without pain, but these are also a record of the damage already done to his eyesight.

There is a constant flow of Kurdish visitors, which is politically important because, as Kardo emphasised to me, a major function of the hunger strike is galvanising the wider Kurdish struggle; however, the response from outwith the Kurdish community is shockingly small. (My visit even merited a short TV interview.) Few mainstream politicians wish to see the Kurdish question on the agenda, and most of the mainstream media is happy to follow suit. Without mainstream media coverage public awareness remains low, so the politicians can ignore what is happening without risking political comeback.

Yet again it is up to the alternative media and progressive activists to act as the world’s conscience. We can begin by making sure more people know what is happening, and that the people on hunger strike are part of the same Kurdish movement that fought back ISIS in Syria and is now threatened with annihilation by Turkey, who have the second biggest army in NATO. And we can not only call for the end to Öcalan’s isolation, but also support the campaign for his freedom – a campaign that is backed by Unite, the GMB, the TUC, and the STUC, and which was chosen as the international cause at least year’s Durham Miners’ Gala.

“Yet again it is up to the alternative media and progressive activists to act as the world’s conscience.”

My visit to Strasbourg meant that I had to bow out of speaking at Sunday’s NE Indy conference, but they read out my statement about the hunger strikers, where I was able to use the example of the Kurdish freedom struggle to argue that real freedom cannot be reduced to political independence, but must pervade every aspect of life, with radicalism integral to the struggle from the beginning. And we now have a collection of photographs of people at the conference holding placards to demonstrate their support for the hunger strikers.

I’m much too rational to believe in omens, but nevertheless it gave my heart a boost that when I looked out of my hotel garret window before setting out to find the hunger strikers, the first thing I saw was a Freedom for Ocalan flag flying from a balcony opposite.

For what you can do to support the Kurdish hunger strikers, click here. 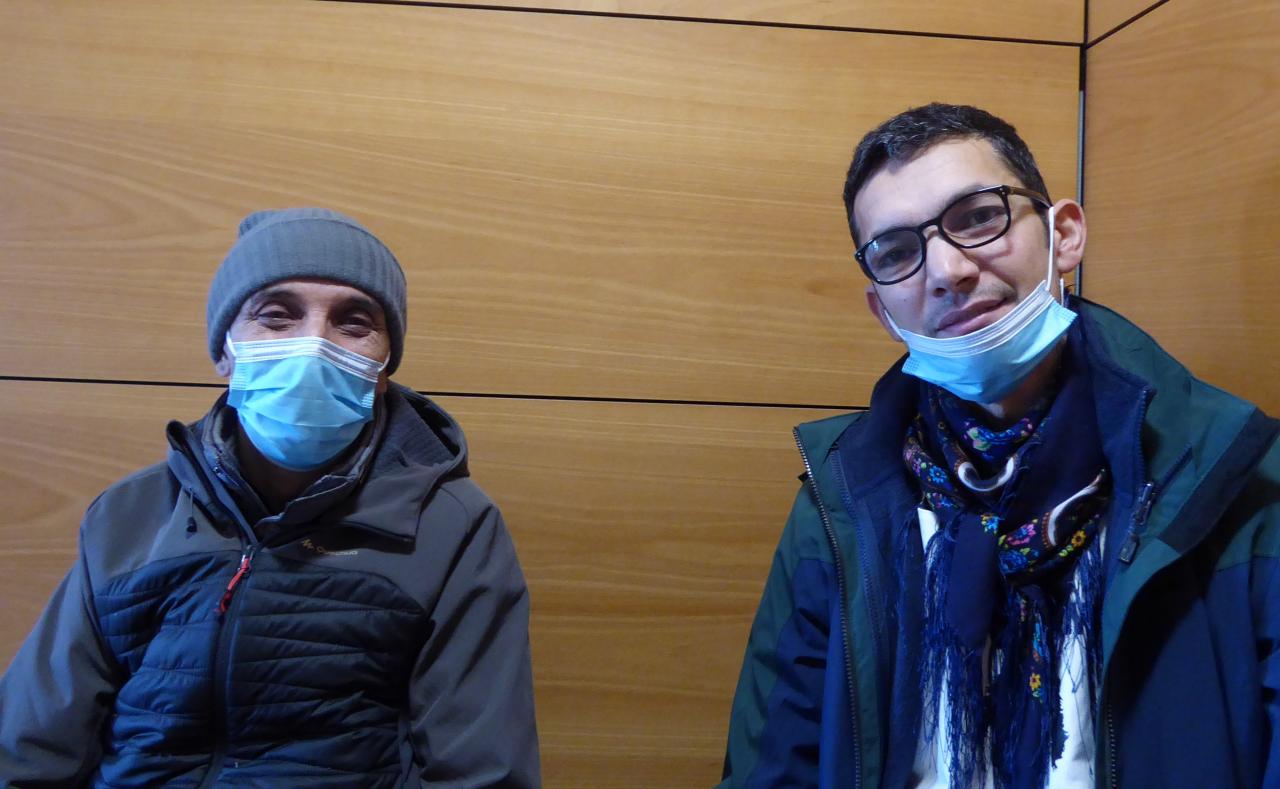