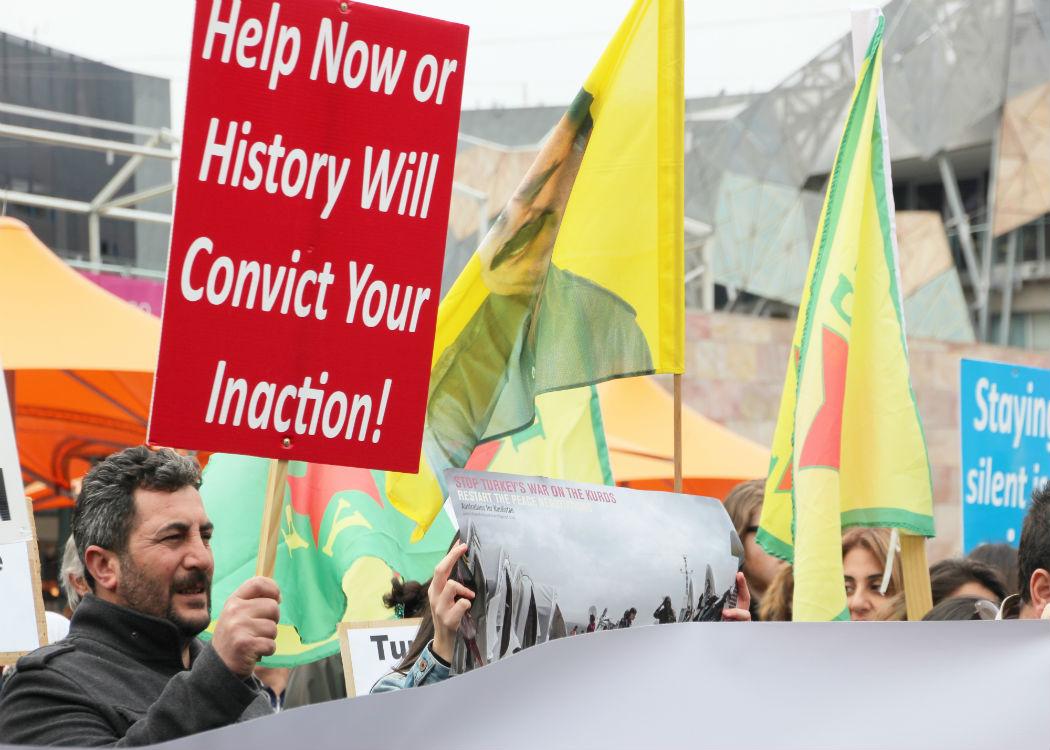 15/01/2016
david
Protestors urge Scottish and UK governments to take Turkish Government to task over repression
KURDISH solidarity protesters are set to take to the streets of Edinburgh tomorrow (Saturday 15 January) to raise awareness of the plight of Kurdish people in south east Turkey (northern Kurdistan).
The solidarity campaigners, who are marching from Princess Street at 1pm , are calling on the Scottish and UK governments to demand the Turkish Government end its siege on Kurdish areas
Rosa Salih, a co-founder of the Scottish Solidarity with Kurdistan campaign told CommonSpace: “We are protesting against the Turkish government, against the killing of innocent Kurdish people and against the new wave of oppression since the June elections.”
Since the electoral success of the pro-Kurdish HDP party, which gained 13.2 per cent of the vote in June 2015 elections, the government of Recep Tayyip Erdogan has launched a wholesale crackdown on political activity in Kurdish areas.
Kurdish towns have been under strict curfew and the subject of aggressive police action and repeated bombings, which Kurds attribute to the Turkish state. Turkish state officials deny involvement in bomb attacks, and claim their military and police operations target only PKK (Kurdistan Workers Party) militants.
Salih called on the Scottish and UK governments to address Turkey’s human rights record.
She said: “As a Kurd it is difficult for me to watch representatives from the government shake hands with Erdogan when he is killing and arresting Kurds. We want the Scottish and UK governments to tell Erdogan to stop what he is doing.”
Turkey has arrested at least 14 academics in recent days for signing a petition calling for an end to Turkish state repression against Kurds. British academics have launched their own open letter in solidarity with them .
In October CommonSpace spoke to members of a delegation of Scottish trade unionists returned from Kurdish areas under curfew.
CommonSpace journalism is completely free from the influence of advertisers and is only possible with your continued support. Please contribute a monthly amount towards our costs . Build the Scotland you want to live in – support our new media.
Picture courtesy of Takver
Common Space
Archive
Share Article: