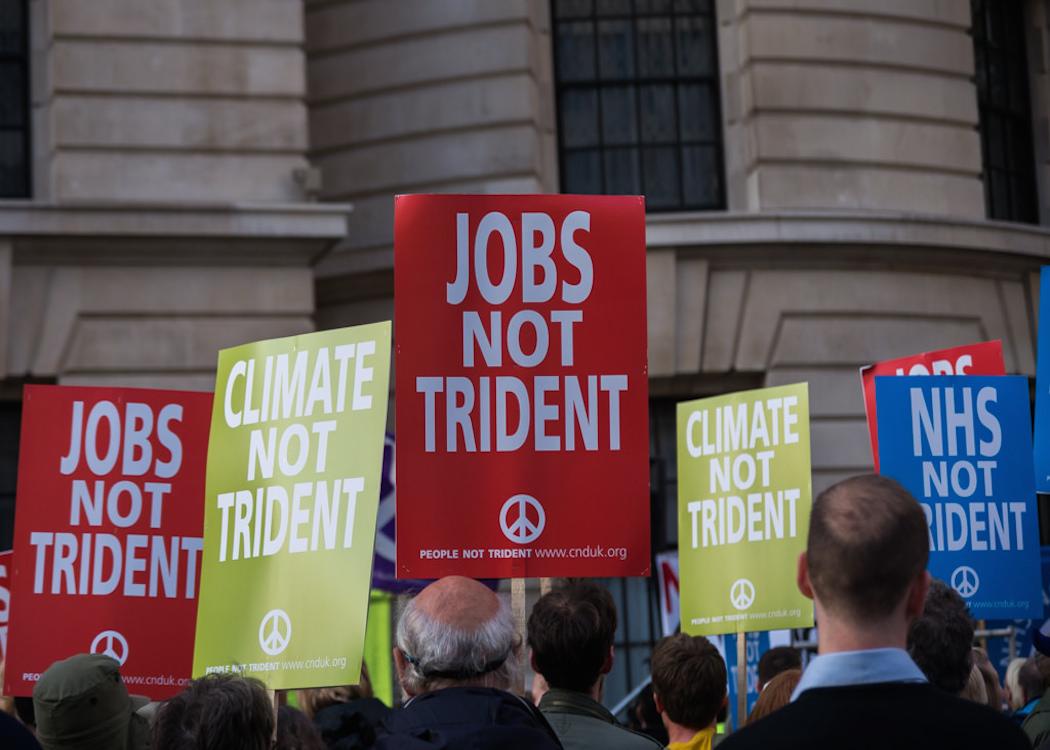 THE LABOUR PARTY confirmed it is undecided on the future of Trident nuclear weapons during an SNP debate at Westminster exposed divisions within the party’s ranks.

UK Labour, which has launched a review of its Trident policy under pro-disarmament leader Jeremy Corbyn, took a position of abstention over whether to scrap the PS167bn weapons system based at Faslane and Coulport on the Clyde.

The debate for disarmament, which was reject by a Tory majority, placed further pressure on Labour to oppose Trident.

Last month the Scottish Labour party overwhelmingly rejected Trident at its party conference, with trade unionists, party members and affiliate groups opposing nuclear weapons. The party then joined with the SNP to oppose the system at the Scottish parliament .

Reacting to the debate anti-Trident campaigner Andrew Smith from the Campaign Against the Arms Trade said that the movement against the system “needs people from all parties to work together, not to score points.”

O’Hara said: “Today’s SNP debate was an opportunity – perhaps the last one before the Maingate green light decision – to put the case against Trident renewal as the cost continues to soar.

“For Labour, today was a sign of their moral bankruptcy in the Trident debate. Astonishingly for a party that say they want to govern, some of their members abstained, some voted with the SNP and some even voted to support the Tory nuclear folly.”

“The people of Scotland will be utterly baffled by this Labour omni-shambles on an issue that is so important.”

However, shadow secretary of state for Scotland Ian Murray explained on Labour List that he remained opposed to Trident – but did not agree with the SNP’s tactics of bringing forward a symbolic vote that divided Labour.

“I have been a lifelong opponent of nuclear weapons. For me, the moral case against them is overwhelming, and I have been proud to stand alongside other colleagues across our party and movement in opposition to them,” Murray wrote.

“The SNP are trying to reduce serious issues of defence to party political points, and people should see through it. We agree on Trident renewal but there is no attempt to reach out and build a consensus. If they were truly interested in pressurising the government then they would make sure they had lifelong unilateralists like me, Jeremy Corbyn and John McDonnell on board.”

The recent military review by the government confirmed that the cost of a new generation of Trident submarine has risen by PS6bn, with the total budget allocated rising to PS41bn.

Analysis by Crispin Blunt MP and Reuters news agency found that the lifetime cost of Trident nuclear missiles would be PS167bn, while cuts continue to other military budgets.

A debate is expected in the new year on plans to renew Trident.