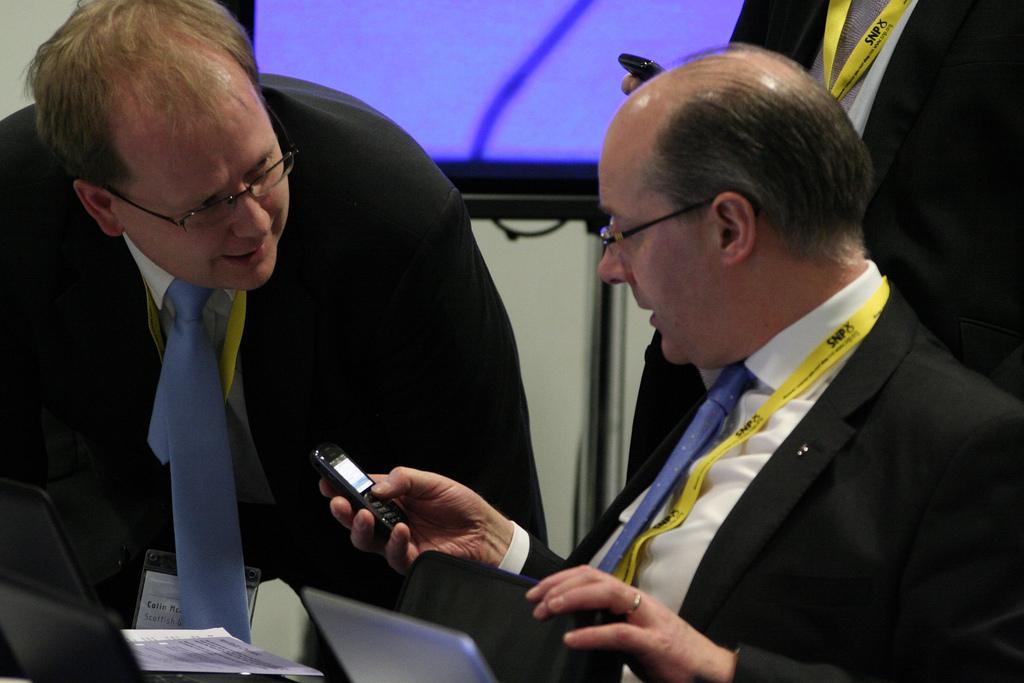 SCOTTISH Labour and the SNP clashed on the economy in the Scottish Parliament on Thursday as Labour accused the nationalists of plans that would lead to “austerity-max”, while the SNP said Labour was simply offering nicer cuts.

The finance minister, John Swinney, began the debate by stating that Scotland’s economic recovery “was well established, the economy has grown continually for two years and the economic outlook is the best it has been for years”.

“GDP per capita in the United Kingdom is two per cent below the level in 2008, and will return to that level until 2019,” Swinney said.

He added that while “headline numbers on jobs were promising” there is an emerging problem of underemployment, part-time employment and low pay.

Swinney said the SNP government’s strategy was that the deficit was only one aspect of economic planning, and that “boosting productivity, growth and reducing inequality” were just as important.

Swinney said that the Scottish Government seeked to end austerity and boost public spending by PS180bn over the next parliament, something the Labour party was unwilling to do.

He summed up the principle of his approach of sustainable growth and reducing inequality as being “reinforcing, not competing, objectives.”

Jackie Baillie, shadow Labour finance minister, said voters faced a choice between a Tory or Labour government, and said: “A vote for the SNP will let the Tories in through the backdoor”.

She said the latest polls show the General Election will be extremely close, adding “Scotland will get to decide”.

The Scottish Government’s economic strategy was a re-hashing of previous SNP policy announcements, Baillie said. She added that the SNP has “announced a new Scottish Development Bank about five times”.

She said it was interesting that the Scottish Government had “forgot to mention” its U-turn on corporation tax, adding there was “not one redistributive tax policy in that document”.

Baillie said voting SNP will give voters “austerity-max” because the nationalists seek full fiscal autonomy, which she argued would mean Scotland would have to cut “billions of pounds from public services” because of the drastic drop in the price of oil over the past year.

“We will reverse the Tories’ tax cuts for millionaires and we will introduce the mansion tax which will create another 1000 nurses in Scotland,” Baillie said.

Brown ridiculed Swinney’s claim that jobs and growth in Scotland are down to the Scottish Government, “when at the same time the SNP say it has no job creating powers”.

Willie Rennie, Scottish Lib-Dem leader, said he was “worried about John Swinney”, because his reputation for competency is “beginning to crumble”.

Rennie said Swinney “got it wrong” on the economy because the British economy is growing and he got it wrong on North Sea oil because of the drop on the price of oil.

He added that Swinney made “a big error” on corporation tax, after supporting a corporation tax cut consistently before dropping it “with no explanation at all” as to why the Scottish Government had reversed its position.

After various members’ contributions, the finance minister concluded the debate by saying full fiscal autonomy would give Scotland the levers to boost the economy and expand tax revenue, challenging Baillie’s claims that it would force the Scottish Government in to even greater cuts.

Swinney said Labour was proposing “sensible and nice Labour cuts instead of horrible and nasty Labour cuts, but they are still cuts”.

Swinney said the government remained “committed to lower corporation tax”, saying it had “reviewed” its economic strategy to have “a more targeted approach” to reducing the tax in areas like research and development.