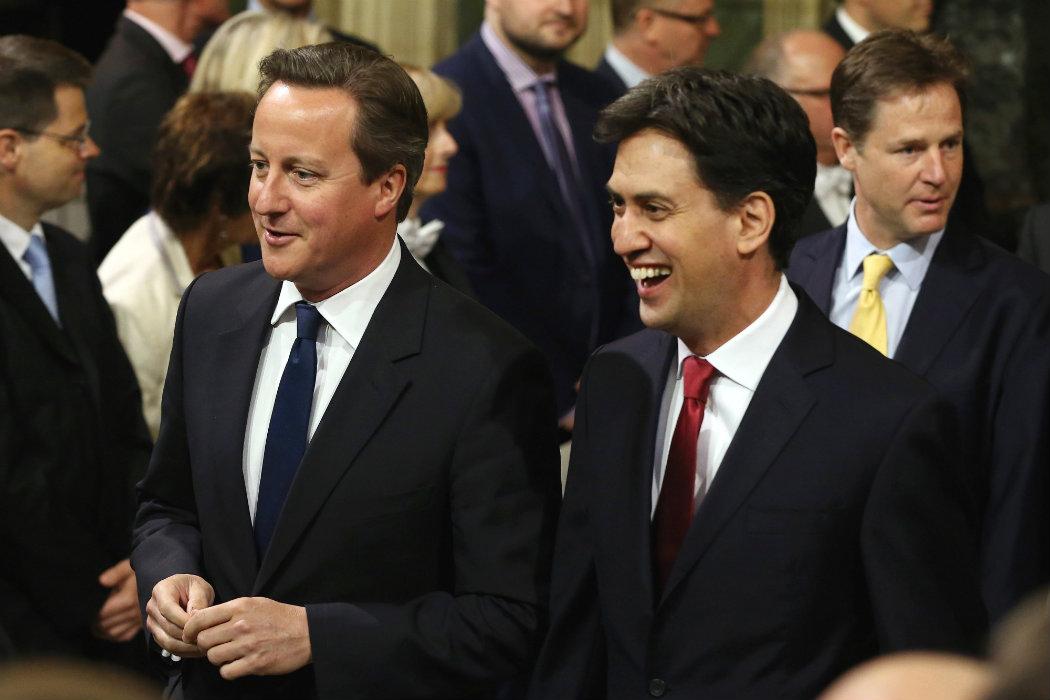 THE PRE-ELECTION blame game between the major parties continued today [Thursday 16 April] as Labour and Tory leaders traded insults over a potential deal with the Scottish National Party.

Shadow secretary of state for Scotland Margaret Curran claimed the Tories “are opening the door to a grubby deal with the SNP”, while David Cameron is expected to claim that Labour and the SNP are “really on the same side” in a speech in Scotland.

The SNP’s Eilidh Whiteford described the claims as “fantasy politics” in comments to The Herald. (Click here to read more).

Political confusion over how to respond to the SNP rise in opinion polls was compounded by deputy prime minister Nick Clegg, who claimed the Liberal Democrats were best placed to stop the SNP.

Sturgeon is expected to reach out to traditional Labour voters by calling for a “progressive alliance” between the SNP and other groups who want to reform the UK.

Current General Election polls suggest a hung parliament which would require several parties to work together to create a stable government.