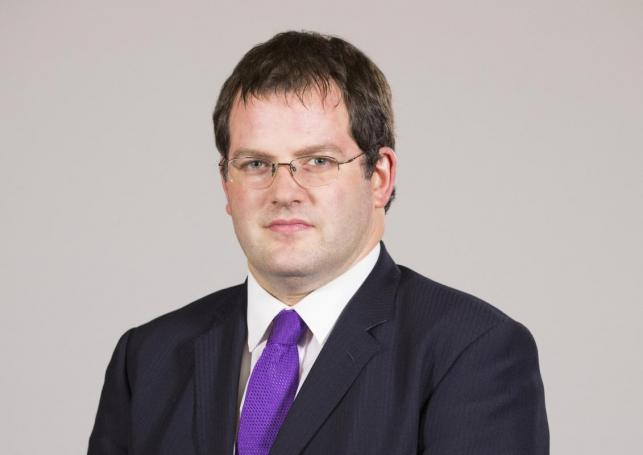 SCOTTISH LABOUR has called on the SNP to release the findings of its investigation into former early years and childcare minister Mark McDonald in a redacted form and to hand over the details to police so that they can determine whether the matter is criminal.

McDonald was suspended from the SNP in November amid allegations of inappropriate behaviour towards three women, understood to include texts and social media messages.

While McDonald has formally resigned from the SNP last week, he will continue as an independent MSP for Aberdeen Donside. He is returning to the Scottish Parliament after a period of absence during the party’s investigation which concluded that his behaviour had been “deliberate in nature” and had been “persistent over an extended period of time”.

First Minister Nicola Sturgeon has said that McDonald should step down as an MSP, but said the SNP could not force him to do so.

“It is not for the SNP to decide what actions are criminal.” Scottish Labour MSP Rhoda Grant

However, Scottish Labour Parliamentary Business Manager Rhoda Grant has criticised the SNP’s handling of the matter and called on the party to release the details of its investigation. Grant said: “The SNP has so far refused to publish its investigation into Mark McDonald’s behaviour.

“Given some of his former colleagues are trying to ban him from getting into the building it is now absolutely essential that its findings are released, in a redacted form to protect the women involved, as well as handed to the police.

“It is not for the SNP to decide what actions are criminal.”

Speaking to Holyrood Magazine, McDonald also suggested that the details of the investigation be made public in redacted form, in order to “address a lot of the misconceptions that are out there” regarding his behaviour. Accepting that his behaviour “fell below professional standards”, McDonald said he had undertaken counselling regarding his actions.

Questioned by BBC Radio Scotland on Monday morning about the moral justification of his return, McDonald said: “Morally I can justify it because, as I have said, my approach to this has been to own the mistakes I made, to demonstrate that I have learned from them and that I am capable of changing.”

Grant said that these comments were likely to “anger people” and that McDonald seemed to “care more about the rehabilitation of his image than the wellbeing of the women he is said to have harassed”.

“Mr McDonald is not welcome back in the Scottish Parliament.” SNP MSP James Dornan

She added: “Mark McDonald’s behaviour has clearly been unacceptable and he should stand down as an MSP.

“MSPs are in an enormously privileged position and must lead by example, anything less is a dereliction of duty.”

SNP MSP James Dornan has said that he intends to make an official complaint to the Scottish Parliament about having McDonald removed from his position, saying the parliament has a “duty of care to the people who work within it”.

He said: “I accept that includes Mark McDonald, however, more importantly, the staff who were affected by Mark McDonald’s actions.

“I think the standards and procedures committee should look very seriously at what I suggested and what I will be putting in my complaint that Mr McDonald is not welcome back in the Scottish Parliament.”

McDonald has said that he accepts that “many relationships are going to have to be rebuilt” on his return and that “some people will want nothing to do” with him.

However, he suggested: “There are some people who I think will want to offer me that opportunity to demonstrate that I have learned from this and that I am changing.

“I want to be able to demonstrate my behaviour has changed and I am not sure that doing that through a by-election campaign is the appropriate way to do it.”